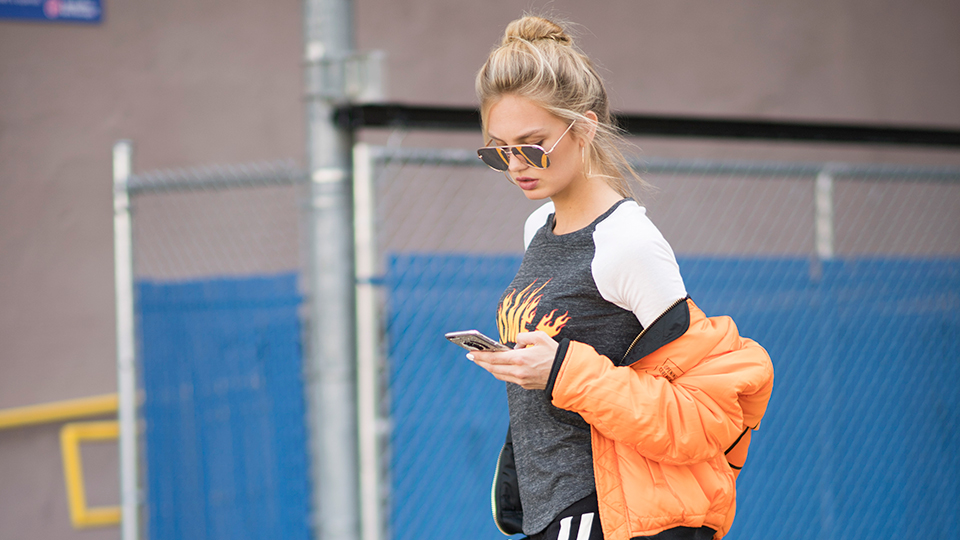 A week ago, the idea of Pokémon-as-dating-app probably would have conjured images of superfans in Pikachu T-shirts locking eyes at Comic-Con, but now with the release of Pokémon Go, the app that’s been downloaded by tens of millions and, we’re betting, turned your city into an army of cellphone-wielding game fanatics, we’re living in a whole new world.

At first, the comparisons with Tinder were numerical—it took a grand total of one day for Pokémon to outpace the dating app in Android downloads (that number has now more than doubled), and on Monday, according to SurveyMonkey, the app had 21 million daily active users on Android phones, compared to Tinder’s last-reported figure of 9.6 million.

But then, something unexpected happened: People actually started getting dates. Yes, skeptics, it’s true: A Nintendo game that requires staring at your phone while walking down the street can, in fact, help you meet people. The app, for the not-yet-addicted, requires you to actually leave your house in order seek out Pokemon—something Tinder, for all its merits, kind of discourages. (Why walk around and swipe when you can do so on your couch with a large glass of wine in hand to dull the disappointment?)

MORE: Inside the (Super-Specific!) World of Niche Dating Apps

And because certain areas—gyms and PokeStops—invite clusters of players, there’s a good chance you’ll end up crossing paths with other players as you go. As for actually talking to them? Well, that’s up to you, but shared nerdiness is one of the best things to bond over, and if you can tip someone off to a nearby Nidoking, they really should be obligated to buy you a drink.

I’m not exactly the talk-to-strangers-on-the-street-corner type, but I’ve gotten into conversations with a good three or four people since I downloaded the game (none of them creeps! A true New York miracle), and my friends who played all weekend said they actually made friends at bars and parks, where, I don’t know about you, but we usually stare at our phones or talk exclusively to the people we came with anyways.

Redditors, Twitter peeps, and my Facebook circle have all reported success with IRL interactions (although my friend Aaron would like to clarify that he has higher standards than that screenshot might suggest, and please direct all seriously hot hookup requests to his Facebook page, please and thank you).

In the park I met 3 guys, 2 playing #PokemonGO and the 3rd was mocking them for it.
'But they're the ones who've a woman chatting to them.' 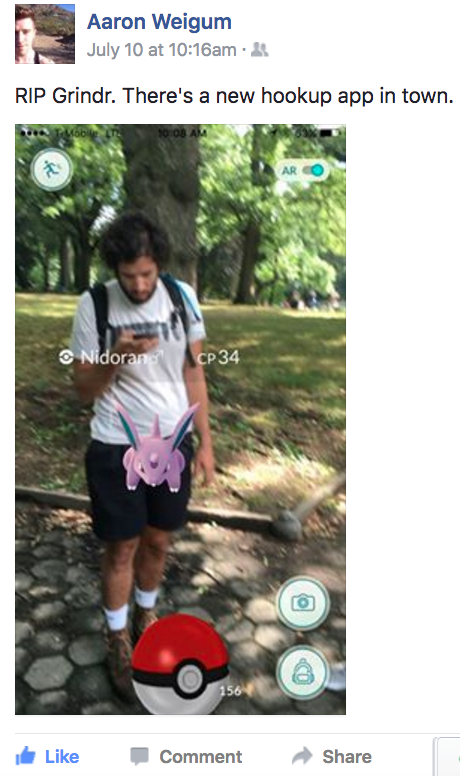 And beyond the meet-cute, there’s no pressure about what to do for the first date—uh, hit every lure module in a 20-block radius, duh. Only deal-breaker? If they’re playing for the wrong team. Sorry, Team Mystic, automatic swipe left.

"The couple met in 2016 while playing Pokemon Go, a video game for mobile phones"