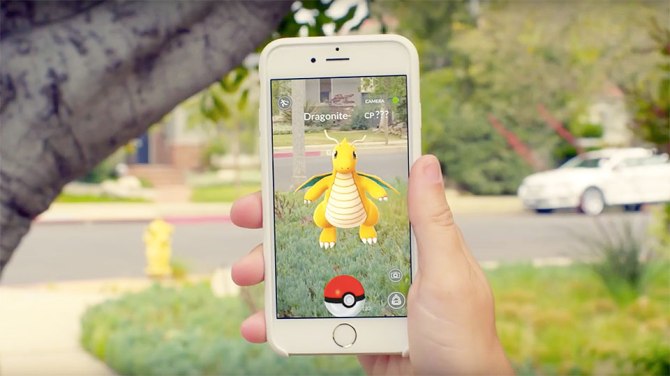 When two of my more outdoorsy, active, cultured friends arrived at a backyard BBQ on Sunday afternoon and immediately launched into a recap of their adventures with Pokémon Go, I knew the days-old video game had hit pretty unimaginable heights. In case you’re unfamiliar, the game’s point involves heading out of the house to hunt down virtual creatures, which puts it in a different category than Call of Duty or Mario Kart—not just in the sense that it’s more addictive, but because it’s easier and it doesn’t involve parking yourself on the couch in a dark room in front of a screen.

MORE: Why 5 Millennial Women Are Voting for Trump Over Hillary

That seems to be a giant factor in the game’s appeal—though my friend also said she was “worried about walking into traffic while playing,” and another, an introvert, said she didn’t always want to have to leave the house to play. (Fair enough—what are people going to do when it’s freezing out?)

By and large, though, the revolutionary act of leaving the house while playing Pokémon Go has led people to already speculate on its effect on our mental health thanks to the fact it’s providing people with impetus to get out, motivation to get some extra steps in, and keeps them off emotionally-draining social media feeds.

“We already know that exercise helps greatly with depression … but being motivated to exercise when you’re depressed is a challenge,” Says John M. Grohol, Psy.D., founder of Psych Central. “That’s why an engaging game like Pokémon Go can be helpful.” Hey, whatever works!

Here are some Tweets from Pokémon Go users who say it’s been an emotional boon.

MORE: 8 Podcasts That STYLECASTER Editors Can’t Get Enough of