By now, we all know to be wary of Mercury retrograde, but what about the other planets? Does retrograde always imply bad vibes and miscommunication? If you’re curious about the meaning behind the Pluto retrograde of April 2020, know that it’s actually totally different from ol’ Mercury’s havoc. To break it down, I’ve asked the AstroTwins, Ophi and Tali Edut, to spill the tea on exactly what we can expect when Pluto enters retrograde on April 25th. Spoiler alert: Even though Pluto is a dwarf planet, the effects will still be huge.

Let’s get right down to it, shall we? First, the twins are quick to assure me that I won’t have any Mercury-retrograde-level stressors as a result of Pluto’s retrograde. “Pluto retrograde is different from Mercury retrograde because it’s one of the slower-moving ‘outer planets’ that goes retrograde for about five months each year, for roughly the same dates,” they say, noting that the dates do move ahead a few days each year.

When you compare that to the timeline of other planets (cough, Mercury, cough), you can see just how slow-moving Pluto really is. “Mercury goes retrograde for about three weeks, three to four times a year. The inner planets, or personal planets move quickly and impact our daily lives,” explains the twins. “The outer planets—Jupiter, Saturn, Uranus, Neptune and Pluto—spend four to five months retrograde every year. So it’s more of a slow-burning effect.” That said, Pluto will be retrograde until October. October 4th, to be exact! Pluto—take your time, you’re doing amazing, sweetie. 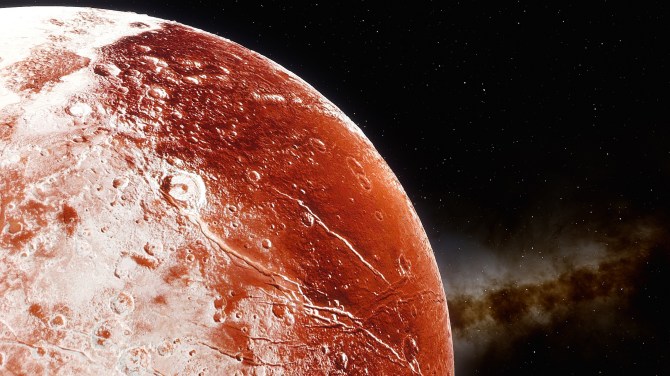 Pluto has been in Capricorn since 2008 and will remain there until 2024, and because Capricorn is an Earth sign, this means that Pluto can greatly impact society’s traditions and structures, reshaping how we interact with one another. “All retrogrades use the prefix ‘re-‘ which means to go backward,” the AstroTwins point out. “So, they are powerful times to reflect on parts of our lives that maybe we’ve avoided or ignored.” Um, I’ve got a few.

“When Pluto, the ruler of transformation and the unconscious, turns retrograde, it can be a powerful time to do forgiveness work or look at your ‘shadow’,” the AstroTwins insist. They describe one’s shadow as the following: “The part of yourself that you may avoid or project onto others because they can be too painful to examine at other times.” Yes ma’am—Pluto is about to unpack that behavior and make you take a good, hard look at yourself.

How to make the most of Pluto retrograde? Set aside some time to really reflect. Evaluate your behavior, your friendships, your grudges—how can you make positive change? Is there room to forgive? Is it time to let someone go? By the time October rolls around, you’ll have had plenty of time to assess your priorities. Shout out to Pluto for giving us the nudge we needed to move forward, change and thrive. It won’t be easy, but it’ll be worth it!