For the first decade of my life, I had a comfortable Midwest existence, jumping into piles of fallen leaves before Halloween, playing outside in a snowsuit in the winter and eating hot dogs at the lake all summer. And then, just before my 10th birthday, my father’s business moved our family to Southern California—and everything changed.

The contrasts between my small Michigan town and the new sunny, surfer country in which I had suddenly landed were vast. It was as if I had moved to another galaxy, not another state. Entering middle school as an impressionable young woman was like swimming against the current. I was on the chubbier side, I had pimples before any of the other girls my age and I was desperate to pick up the West Coast lingo—and mostly, to fit in.

I was an hour away from the center of Hollywood, the epicenter of glitz and glamour. At my new school, the upperclassmen were primarily girls who wore teeny tiny bikinis while galivanting around with their professional surfer boyfriends. I was in the state where the sun always shines, but it wasn’t shining on me, and before long, I descended into a deep spiral of anxiety and insecurities.

By the time my sophomore year of high school rolled around, I’d settled into the Southern California lifestyle. I had a great group of friends, and no longer yearned for my Michigan friends and routine. I ditched my braces, and I was easing into the idea that I would probably never look like the cast of The OC, but would instead have my own body and personality. 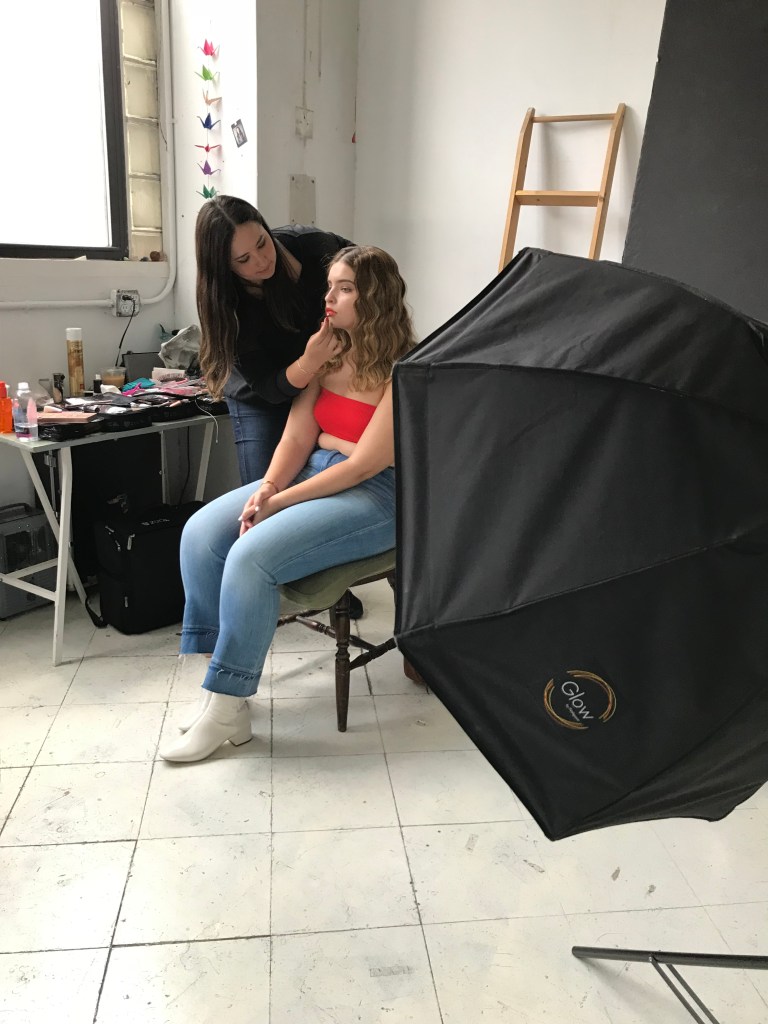 And so, with the help of my mom and other close friends who swore I was beautiful no matter how many times I doubted them, I rose to the occasion when a family friend connected me with a modeling agency for curvy girls in New York City. After hearing from them about how the industry was opening its arms to embrace more diverse bodies, I was booked on a red eye. A million questions raced through my head: Will they tell me I have to lose weight? Will they hate my acne scars? Will I be asked to do things I’m uncomfortable with?

At the ripe age of 16, it’s hard to pretend to know the answer to anything that doesn’t involve the One Direction band members’ birthdays. I was fear-stricken as I made my way through the crowded Midtown Manhattan streets. People from all walks of life and looks were brushing shoulders with me, yet I felt alienated and bizarre, like an imposter trying to pull off the heist of a lifetime. What was I thinking trying to sign a modeling contract as a teenager who was on the heavier side, semi-pimply and insecure? I imagined that if my elevator companions knew where I was going, they would die laughing.

Ironically, the crater-sized pit of fear and disbelief that sat in my chest only escalated when the agency offered me a contract on the spot. I spent the rest of the day crying to my mom in our hotel room and babbling on about how I wasn’t up for the job and that I was in way over my head. She stared at me in shock as I paced the length of the room, flabbergasted that I was shedding tears over an opportunity most girls would give their right arm to have.

“I’m not most girls!” I remember weeping to her. “Correct, you aren’t most girls,” she said. “That is why you are going to go on this journey and be the role model for young girls that you said you wished you had growing up.”

No matter how many times I scrutinized every inch of my face or pinched globs of fat I wished I could banish, I knew I was enough.

She was right. I knew I had to put aside my trivial anxieties about whether I was pretty enough, whether the makeup artists would complain about my skin or whether photographers would hate working with a girl who didn’t look like Kendall Jenner. I had to make a change that would not only affect my life but hopefully have an impact on anyone who might be watching. I wanted to be the next Ashley Graham to a younger generation of girls and boys who might be feeling about themselves the same way I had when I moved to California.

From there on out, I found myself in situations I had only ever daydreamed about. One of the first casting calls I ever got for was for Teen Vogue, where I embarrassed myself by asking the casting agent what “profile” meant. Later, during my first job, I felt like a benched player as I watched the other two models strike a pose after every camera click, as I patiently waited for my turn in the spotlight. I did not have the ease and comfort behind the camera that seemed to come to them so naturally, and instead, I stood like a statue attempting some sort of smize.

Like a baby learning to walk, the early years of my modeling career were composed of falling down (no’s from casting directors) and picking myself back up (having test shoots and loving the photos). I was becoming more comfortable in my shoes (or at the very least, the three-sizes-too-big shoes they always have on set because my feet are tiny). I was showing up bright and early for call times, working with companies like Forever 21, Target, Nordstrom and Old Navy. But to this day, every time I get confirmed for a job, my inner 16-year-old questions why anyone at that level would want to hire me. 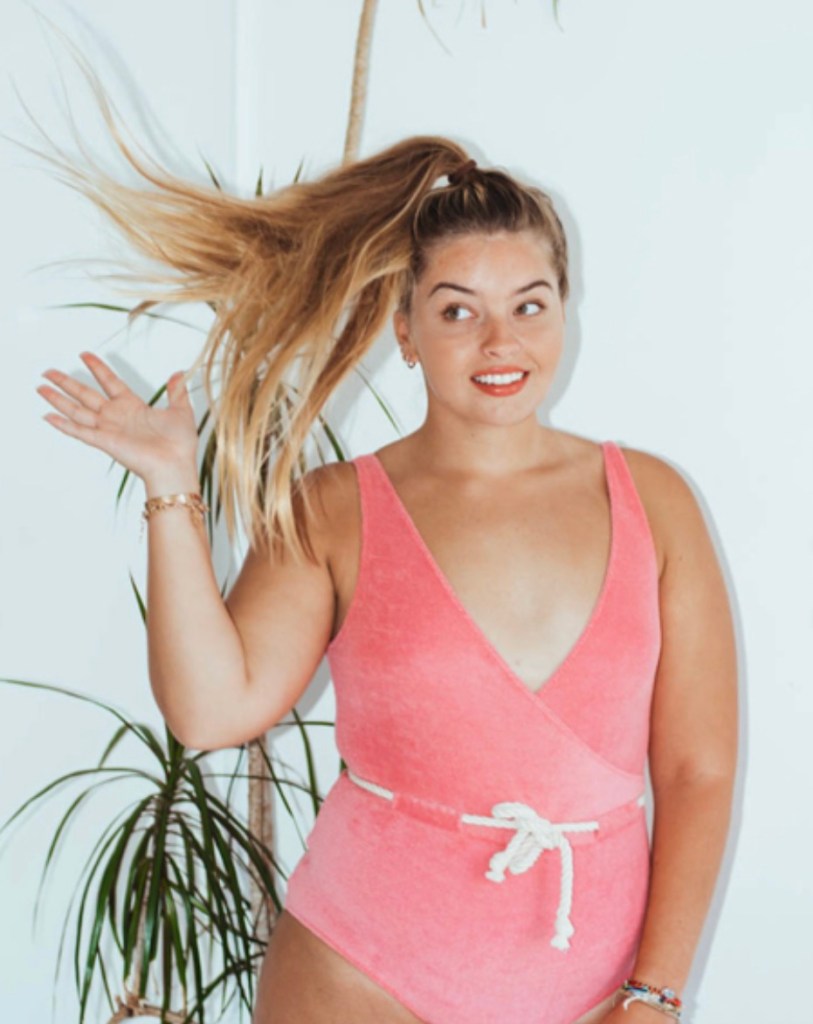 Last fall, I was stunned to learn that I had booked a Reebok campaign. When I walked onto set that day, I was first-date nervous, doubtful of my ability to deliver what the brand was expecting from me. Shoving my nerves aside, I sat with my head held high in the hair and makeup chair, because this time, I knew I was there for a reason. No matter how many times I scrutinized every inch of my face or pinched globs of fat I wished I could banish, I knew I was enough.

My confidence has doubled, tripled, soared over the past few years, as I was able to prove to myself that I was worthy of greatness—inside and out. I know that if I have the confidence to step into the unknown and smile, smirk and smize in front of an intimidating photographer, I can damn well walk on the beach without a cover-up on. I’m no longer the girl who slathers her face in concealer or shies away from being seen; I’m the girl who models clothes for some of the biggest brands in the world.