In the long-standing battle against the fashion industry’s stringently skinny standards of style, there is now at least one more victory. London retailer Debenhams (a department store comparable to America’s Macy’s) has put plus-size mannequins on the floor of their Oxford Street store, which, according to Time magazine, makes it the first High Street store to do so. 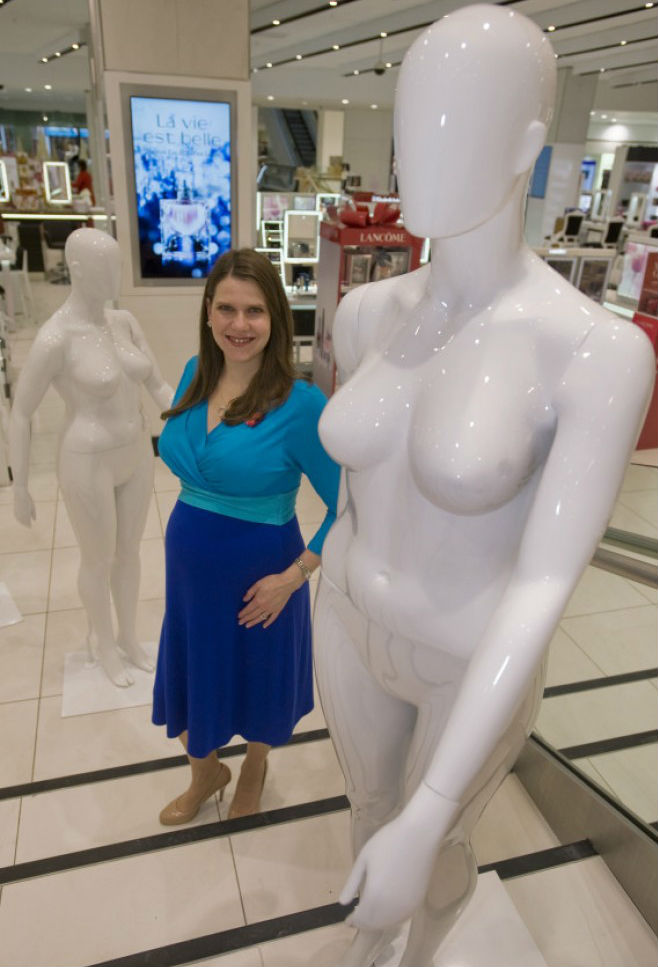 Seen above, the mannequins in question are a U.K. size 16, which is the equivalent of a U.S. size 14. What that basically means is that unlike pretty much every kind of mannequin you’ve seen on the floor of stores like Bloomingdale’s, Macy’s, and so on, these mannequins more resemble actual female forms: they have boobs, hips, ass, and even a little bit of (gasp!) stomach.

While the addition of the curvier mannequins is definitely nothing to sneeze at when it comes to sizing equality in the fashion industry, it’s notable that this was not a change that occurred overnight. A rep for the store told Time that this project has been in the works for no fewer than ten years.

“We hope that it will help people in some small way to feel comfortable about their bodies and, crucially, that other retailers will follow,” the store’s director, Ed Watson, told Time. The store’s team hopes to roll out the plus-size mannequins at all its 170 U.K. locations, but for now they should be proud of the one small step they’ve taken toward size equality. 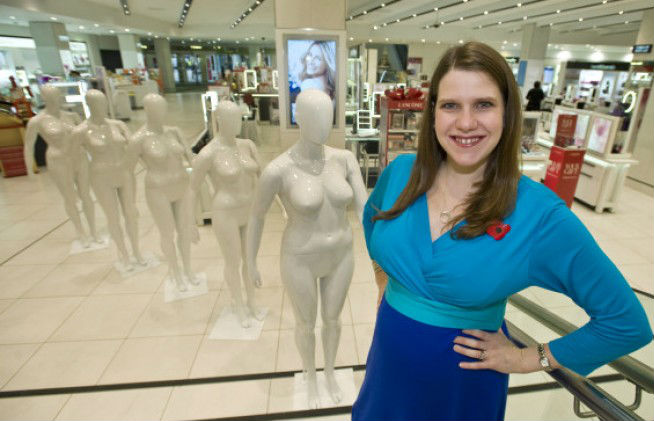