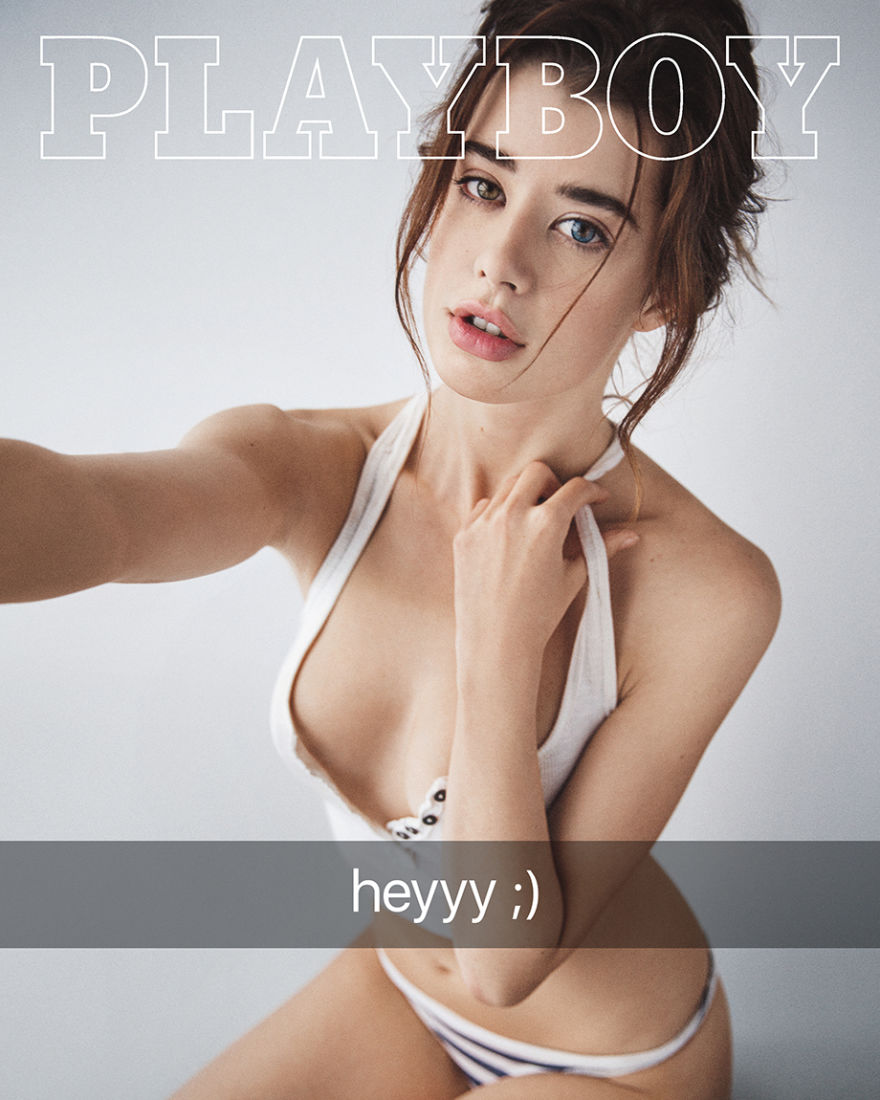 Playboy has officially entered into the (almost) SFW arena with its first issue without any actual nude ladies in it. Well, that’s a bit misleading. There are plenty of nearly naked bodies for your viewing pleasure within its folds, but the March 2016 issue is the first in more than 60 years to feature absolutely no full-frontal nudity. And model Sarah McDaniel was the cover girl to pick up where Pamela Anderson left off—on Snapchat.

The model, who looks like she’s holding her phone for a sexy selfie on the cover, said that’s all part of the mag’s new design—and rebranding for a younger, social media-savvy readership. “The idea was to look at me from a boyfriend’s perspective,” she said. Only this shot won’t disappear after 24 hours.

That’s not the only thing that changed in the magazine’s super-aggressive rebranding. The dirty party jokes feature is out (but wherever shall we get our filthy party anecdotes now?) and published photos of the featured women aren’t retouched.

“There’s a lot that we’re keeping of the DNA of the magazine, but there’s a lot we’re evolving, too,” Playboy’s chief content officer Cory Jones told CNNMoney.

While the new cover photo is stunning (and shout-out to Playboy choosing a unique model with heterochromia irdum, or two different-colored eyes), it also feels a little contrived. We kind of picture Hugh Hefner in a board room with a bunch of 25-year-old consultants trying to assure him, “Snapchat! It’s a thing.”  admittedly, it’s a smart thing, especially for a magazine that once had a circulation in the millions.

MORE: An Actual Playboy Playmate Reveals What She Thinks Is Sexy

According to the New York Times, the famous centerfold will still be there, but it’s also changed. This one features model Dree Hemingway, the great-granddaughter of Ernest Hemingway, in the spread playing Eve in the Garden of Eden—but don’t expect to see any hidden fruits (sorry, had to). The photos, per the Times, are more candid and feel way less staged than in decades past.

Will the bold approach work? That remains to be seen. But at least you won’t feel as weird reading its articles in public now.

Pick up a copy when it hits newsstands on February 12.