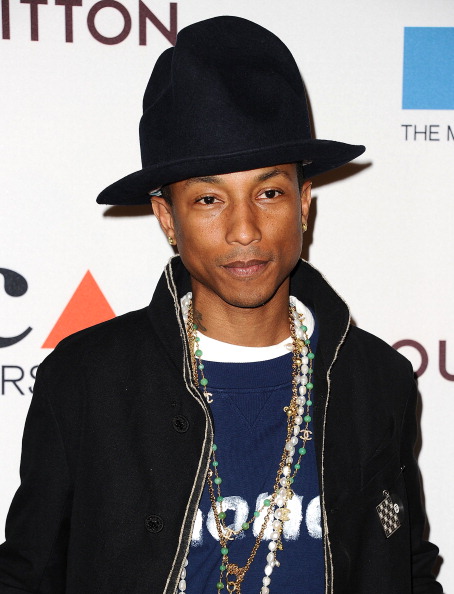 Will the hat be making an appearance, too? (Getty)

When we heard Cee Lo Green would be making a permanent exit from NBC’s “The Voice” we were kind of bummed. The over-the-top star added a certain offbeat cool factor to the show, and we were always impressed with his varied musical tastes and knowledge. Well, it was announced over Twitter today that Pharrell Williams is set to replace him as the newest coach on Season 7 of the singing competition. Bummed no longer!

Okay, we can OFFICIALLY say it! WE ARE SO #HAPPY to announce PHARRELL WILLIAMS = #NewVoiceCoach for SEASON 7. pic.twitter.com/GayqbMeU1l

Not only is Pharrell an accomplished artist, producer, and songwriter, but he also happens to be one of the coolest and well-dressed guys on the planet, so it’s fitting that he’ll assume the (revolving) throne from Green.

@Pharrell Welcome to the circus dude!

Williams, 40, will join Adam Levine, Christina Aguilera, and Blake Shelton on the next cycle of the show, whose premise is to hear a singer’s voice before they see what they look like.

On alternating seasons, Usher and Shakira fill in for Green and Aguilera, though it’s unclear if the hat enthusiast will operate on Cee Lo’s every-other-season schedule. Regardless, it’s a killer choice and, we’re betting, one that’ll attract a whole new crop of viewers.