Pharrell Williams was nominated for seven awards going into Sunday night’s 56th Annual Grammy Awards, but as soon as the record-winning artist and producer arrived on the red carpet one thing was certain—his hat was the biggest winner of the night.

While it might look funny, Williams’ hat has some serious fashion cred: It’s vintage Vivienne Westwood and, according to the designer’s Instagram, it’s available for purchase. Williams didn’t borrow the hat for the red carpet though, as he actually owns the accessory and was spotted wearing it as as early as July 2009 to a party in London.

Whether or not you’re feeling the oddly-shaped fedora-cowboy hat hybrid, it’s definitely a conversation starter (it has its own Twitter feed, Pharrell’s hat.) 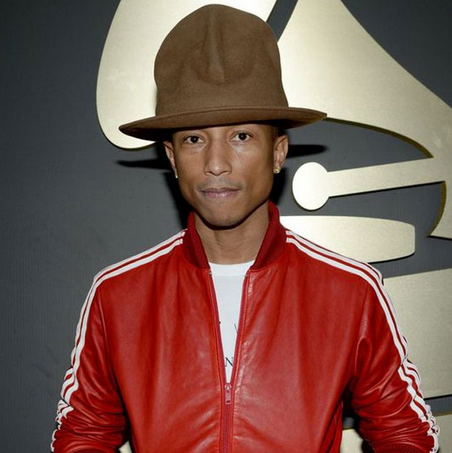 Click through the gallery to see TK things Pharell’s hat reminded us of (the most obvious comparison stemming from a well-known fast-food joint, but there are other things too!)

Hey @Pharrell, can we have our hat back? #GRAMMYs

This random stock photo from Getty.

Homer Simpson when he wore that enormous orange hat.

The Man with the Yellow Hat from "Curious George."

The sorting hat from Harry Potter and "The Sorcerer's Stone."

5 Crazy Good Hairstyles from the Grammys