He may be a self-proclaimed “Pizza King,” but Peter from The Bachelorette 2021 may need to do more than bake a good pie to win Michelle’s Bachelorette season.

Peter is one of 30 contestants on The Bachelorette season 18 with Michelle Young. Michelle, a 27-year-old teacher from Edina, Minnesota, was a contestant on The Bachelor season 25 with Matt James, where she was the runner-up. Michelle was confirmed as the season 18 Bachelorette during the season 25 “After the Final Rose” special, where guest host Emmanuel Acho announced Michelle and Katie Thurston, who was eliminated in 10th place on Matt’s Bachelor season, as the next Bachelorettes. Katie, who was the season 17 Bachelorette, aired her season from June to August 2021. Michelle’s season will air from October to December 2021.

So…does Peter win The Bachelorette 2021? Here’s how far Peter’s pizza-making skills take on him Michelle’s Bachelorette season and what happens to him in the end.

Who is Peter from The Bachelorette 2021? 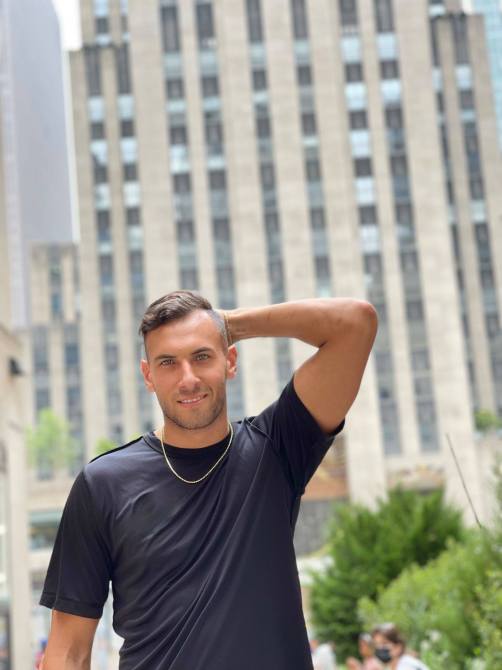 So…who is Peter Izzo from The Bachelorette season 18? Peter is from Bellmore, New York, but lives in Port St. Joe, Florida.His Instagram handle is @peter___izzo. In his Instagram bio, Peter, whose full name is Pietro Izzo, calls himself the “Pizza King.” “Buon Giornooo, how you doin’? They call me Pizza King 🤌🏽 Long Island born and raised,” his Instagram bio reads.

In his Bachelorette bio, Peter called him a “hopeless romantic” who wants a relationship for the “long haul.” “Peter is a hopeless romantic who commits for the long haul. He is a man of passion, and when he decided to professionally pursue his love of food, he moved all the way to Italy to study the cuisine firsthand,” his bio reads. “Now that he’s fulfilled his childhood dream of opening up his own – very successful – pizzeria, he’s ready to find his person and build his culinary empire. Peter’s dream woman is honest, committed, spontaneous and not interested in talking politics on a date. She’s ready to support her man but also has ambitions of her own. She also must love food because, as ready as Peter is to find a wife, part of his heart will always belong to his first love, food.”

For his fun facts, Peter listed the following:

– Peter loves red wine and calls himself a “vino head.”

What is Peter’s job?

What is Peter’s job? Peter lists his job on The Bachelorette as a “pizzapreneur.” He’s the owner of Peters Pizzeria, which is located at 101 Monument Ave in Port St. Joe, Florida. Peters Pizza’s website, mypeters.com, lists four pizzas as the restaurant’s signature selections: a meat lover’s pie with meatballs, sausage and pepperoni; an Alfredo sauce pasta with creamy Italian sauce; chicken parmigiana with chicken cutlet topped with tomato sauce and a homemade mozzarella; and a chocolate cannoli that consists of a pastry shell dipped in chocolate and filled with rich cream.

Does Peter win The Bachelorette 2021?

So…does Peter win The Bachelorette 2021? The answer is no. According to Reality Steve, Nayte Olukoya, a 27-year-old sales executive from Austin, Texas, was the winner of Michelle’s Bachelorette season. Nayte proposed to Michelle during the Final Rose Ceremony in Punta de Mita, Mexico, where Michelle filmed her Fantasy Suites. Michelle accepted Nayte’s proposal and gave him her Final Rose. Brandon Jones, a 26-year-old traveling nurse recruiter from Portland, Oregon, was her runner-up. (For more spoilers about Michelle’s Bachelorette season and her winner, click here.)