Over a month after his ex published her book, Pete Davidson reacted to Cazzie David’s Ariana Grande breakup essay with nothing but support. The SNL comedian said in an interview that he’s “happy” for her.

The 26-year-old author—who is the daughter of Curb Your Enthusiasm‘s Larry David—released a memoir, No One Asked for This, in November. One essay in the book is all about the end of her two-year relationship with Davidson in 2018, which came just days before the King of Staten Island star started dating Ariana Grande. According to David, the comedian broke things off with her via text. Days following their split, David “shook uncontrollably” in her father’s arms while on a flight to her sister’s graduation when she saw photos of Davidson and Grande together on social media. Apparently, Davidson had even covered up his tattoos of his ex.

Despite the rocky end to their relationship, the exes seem to be on good terms. “I’m really happy for her,” Davidson told Insider reporter Claudia Willen in an interview published Monday, December 21. “It did well, and, you know, we’re cool. I wish her nothing but the best. I think she wrote a really funny book and I hope it stays on the chart,” he added, referring to No One Asked for This. Meanwhile, David even included a touching tribute to her ex in the acknowledgments section of her memoir. “Pete. I love you. Thank you for being encouraging when you did not have to be,” she wrote. “Your bravery inspires me and your friendship means the world to me.” 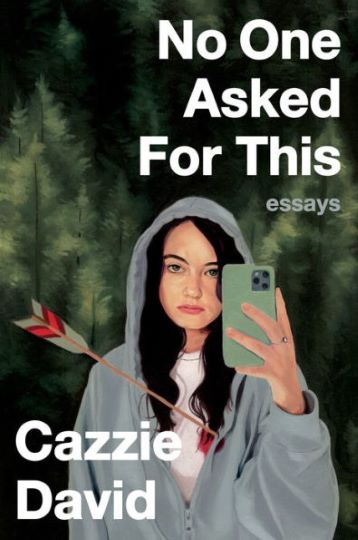 In an interview with the Los Angeles Times about her book of essays, David revealed that she had no regrets about revisiting her relationship with Davidson. “It was a really pivotal moment in my life,” she told the L.A. Times. “And writing about it has caused me a ton of anxiety, especially because I talk so much about hating the attention it brought me. Why would I bring more attention to myself by writing about it? But there’s nothing that’s gonna be worse than what I already experienced with that.”