Dear hecklers: Mac Miller jokes aren’t funny. Pete Davidson reacted to a Mac Miller and Ariana Grande joke at his comedy show on Monday, February 25, and he wasn’t amused. The Saturday Night Live star was performing at the South Orange Performing Arts Center in New Jersey when a heckler interrupted him to make a joke about his ex-fiancé’s late boyfriend.

Davidson was in the middle of a joke, saying “My friend died in my apartment,” when a heckler yelled out, “Mac Miller?” The moment was caught on audio by TMZ, which shows Davidson immediately stopping the show to kick the heckler out. “Who’s that guy? We’re getting him out.” In the audio, the entire audience can be heard going silent as Davidson asked the audience to point out the heckler, who he referred to as “fuck face.”

“I will not continue until that kid is gone,” Davidson says. “Find him.” He continued, “I’ll leave…give him his money back and get him the fuck out. I don’t deal with that shit at my shows.” When the heckler was eventually found and removed, the audience erupted in applause and Davidson continued with his show. 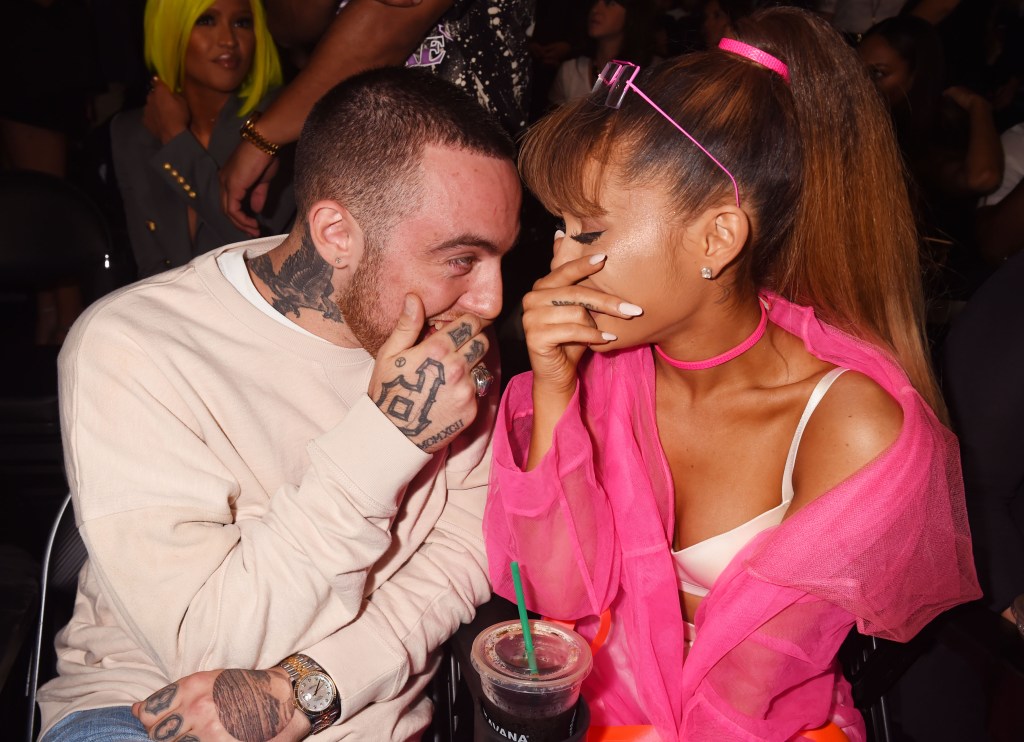 Miller—who dated Grande for two years before breaking up in May 2018, a couple weeks before the singer started dating Davidson—died of an accidental overdose of fentanyl, cocaine and alcohol in September 2018. At the time of Millers death, Grande was engaged to Davidson. The two broke off their engagement in October 2018. Since their breakup, Grande and Davidson have had a hot-and-cold relationship, with each making comments about each other in the media and on the internet.

We don’t know what their relationship is like today, but at least according to Davidson’s reaction to a rude-AF heckler making a joke about Miller’s death, we believe he still has Grande’s back.