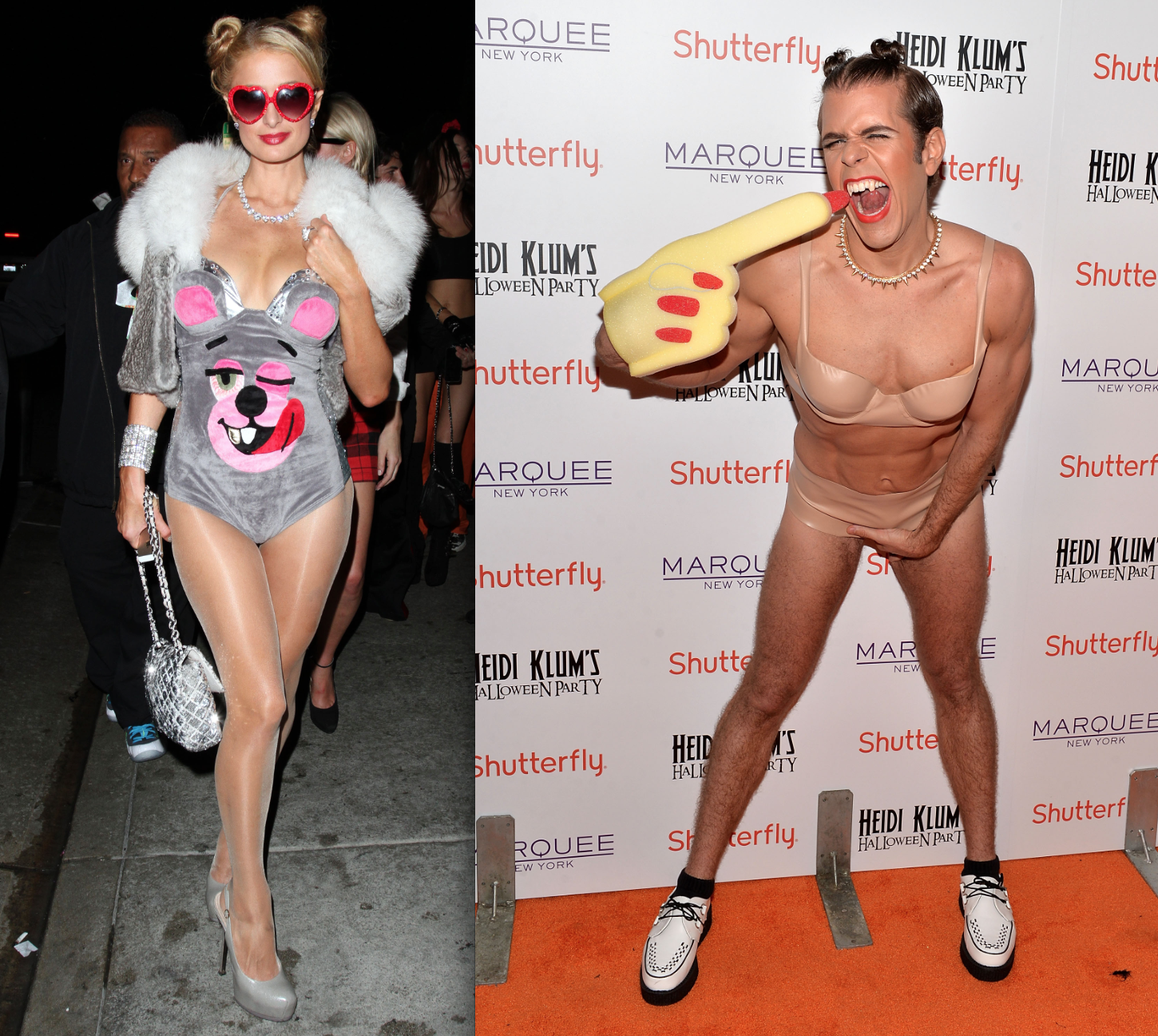 We might call this the ultimate Halloween face-off: Celebrity blogger Perez Hilton and his namesake, Paris Hilton, both went as Miley Cyrus this year. While Paris hit up a party in Hollywood in Miley’s VMA mouse onesie (she opted to forgo the creepers in favor of high heels which lost her a couple of points in our book), Perez opted for Miley’s other VMA look, a spandex outfit for Heidi Klum’s annual exravaganza in New York.

Of course, they weren’t the only celebs who hopped on the Miley Cyrus bandwagon; Kelly Ripa also dressed up as the pop starlet du jour, and Jenny McCarthy cleverly went as Miley’s famous-in-its-own-right wagging tongue. But there’ something particularly intriguing about comparing Perez to Paris directly.

Both of them did a good job paying homage to Miley; they even have the jewelry to correspond with the costumes’ main events. (Don’t think we haven’t noticed that chain of diamonds that’s always around you neck, Miley!) But which one of them do you think pulled off their look better? Vote below!