If you’re a diehard fan of the Kansas City Chiefs, you may want to know who Patrick Mahomes’ parents are and if they knew they were raising one of the National Football League’s highest-paid players in history.

Patrick, the Chiefs’ star quarterback, was born to parents Pat Mahomes and Randi Mahomes on September 17, 1995, in Tyler, Texas. Patrick, whose full name is Patrick Lavon Mahomes II, shares a name with his father, whose Patrick Lavon Mahomes Sr. As some NFL fans may know, Mahomes Jr. isn’t the only athlete in his family. His father was a professional baseball pitcher in the Major League Baseball from 1992 to 2003. In that time, Pat played for teams like the Boston Red Sox and the New York Mets. Patrick also has three siblings: younger brother Jackson Mahomes and younger half-sisters Mia Randall and Zoe Mahomes.

His father’s career is part of the reason that Patrick played baseball in his early sports career. In high school, Patrick played baseball, basketball and football. His high school football coach told Yahoo Sports in 2020 that him playing baseball and basketball actually made him better as a quarterback. Patrick went on to play both baseball and football in college at Texas Tech University, switching on and off between seasons.

In his junior year of college, Patrick announced that he would be retiring from baseball to focus on football. A year later, in January 2017, Patrick revealed that he was forgoing his final year in college to enter the NFL draft and play football professionally. He was eventually chosen as the quarterback for the Kansas City Chiefs in 2017 and won his first Super Bowl in 2020. 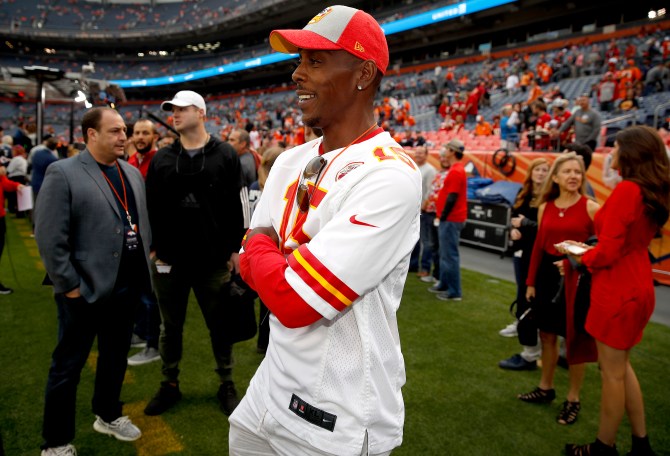 Pat Mahomes is Mahomes’ father. The two share the same name: Patrick Lavon Mahomes. Like his son, Pat was also a professional athlete. He played as a professional pitcher in the Major League Baseball from 1992 to 2003. In his almost 10 years as a professional baseball player, Pat played for the Minnesota Twins, the Boston Red Sox, the New York Mets, the Texas Rangers, the Chicago Cubs and the Pittsburgh Pirates. Along with his MLB career, Pat also pitched two seasons in Japan’s Nippon Professional Baseball in 1997 and 1998 for the Yokohama Bay Stars. Due to his baseball legacy, Pat is a member of the Sioux Falls Canaries Hall of Fame.

In the late ’90s, Pat married Randi Martin. The two divorced in 2006. The couple had two sons: Patrick born in 1995, and Jackson born in 2000. Jackson, Patrick’s younger brother, is also a TikTok star with more than than 840,000 followers. In 2019, he posted a video reminding his followers that he is indeed Patrick’s younger brother. “Yes Patrick Mahomes is my brother,” he wrote. Pat is also the dad to Patrick’s half-sister, Zoe Mahomes.

In an interview with CBS Sports in 2020, Patrick opened up about a conversation he had with his father after he signed a $500 million contract with the Chiefs. “My dad texted me a couple days after the contract: ‘Do you feel any different,'” he recalled. “I said I feel exactly the same. I’m going to be the same person I was before I got the contract and before I got to the NFL—to be the best Patrick Mahomes I can be every single day.” 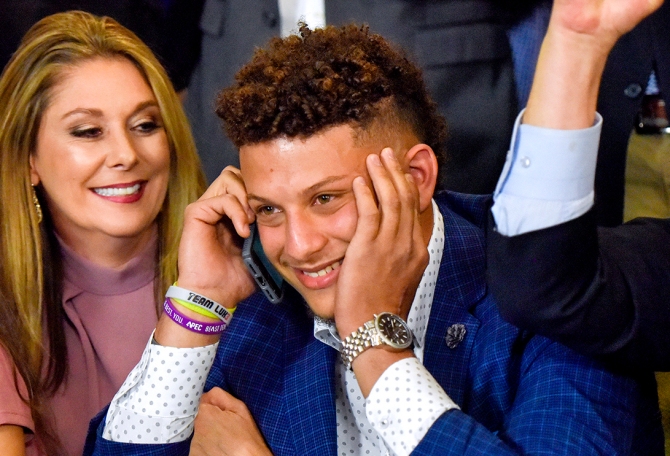 Randi Mahomes (née Martin) is Patrick and Jackson’s mother. She is also the mom of his other half-sister, Mia Randall. In an interview with ABC4 in 2020, Randi opened up about what it was like raising Patrick and why she always knew he was going to be successful. “I knew when it came to sports he was going to be able to reach whatever level he wanted,” she said at the time. “Before his junior year in high school he came to me that summer wanting to quit football, but I just said you’re going to regret it if you quit.”

Randi also revealed that her son is quite different from what NFL fans may perceive him as. “He’s really a private person. He was always a good kid I will say,” she told ABC4. That said, she admitted that her son was also a bit of a troublemaker. “I had to ground him from practicing when he got in trouble as a kid,” she said. And Randi added that he never liked to be the center of attention,” she said.

As for what football has done for her family, Randi had this to say, “I am proud of the football, but the family part of it—I’m way more proud and tha’s something that I definitely don’t get enough of.”.