It’s been almost a decade since Paris Jackson‘s dad, Michael Jackson, suddenly passed away from a heart attack. But her bond with him has never been stronger. On Sunday, the 19-year-old model attended Vanity Fair‘s Oscars after-party wearing a dress dedicated to her late father, and we can’t stop crying.

Paris turned heads on the red carpet in a show-stopping green Versace bodysuit with a long chiffon train, a crocheted, jewel-studded bodice, and bedazzled shoulder pads showing off her many arm and torso tattoos. The teenager sported her signature smokey eye, highlighting her piercing blue eyes, and kept her buttery blond hair in a bouncy high ponytail. 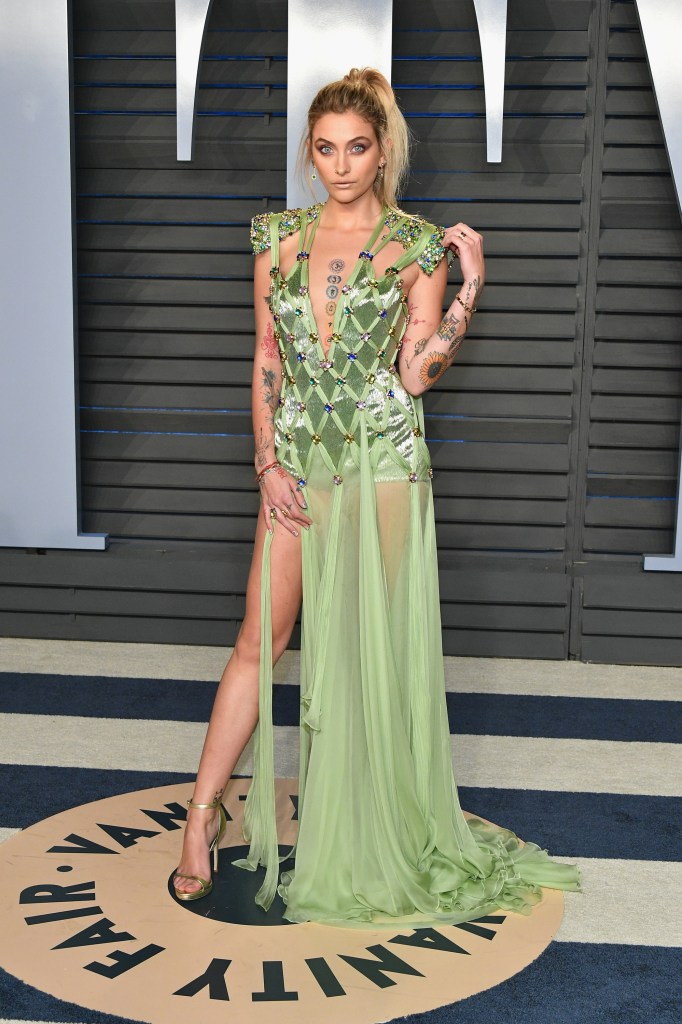 MORE: The Best-Dressed Celebrities from the 2018 Oscars Red Carpet

Immediately, fans compared Paris’s look to Tinker Bell from “Peter Pan,” but there might’ve been a reason behind her fairytale-esque outfit. As many fans pointed out, “Tinker Bell” was a term of endearment that her father, who imagined himself as Peter Pan, used to call her as his only daughter.

The characters had such an impact on Paris that she tattooed “FAITH, TRUST AND PIXIE DUST” on her collarbone, which nods to the Disney movie’s fascination with magic and pixies (what Tinkerbell was.) Though the tribute isn’t confirmed, Paris suggested that the speculation was true with her Instagram caption for the outfit.

“Take the path that moonbeams make
If the moon is still awake
You’ll see him wink his eye.”

The lines are lyrics from the “Peter Pan” song, “You Can Fly.” (BRB as we cry.) Of course, we weren’t the only ones who noticed the tribute. Many fans tweeted Paris’s pictures with captions on how her father would be “proud of his Tinker Bell.”

MORE: Stunning Hair and Makeup Looks at the 2018 Oscars

We’re sure that Tinker Bell and Peter Pan would also be proud, and that Paris’s dad is watching over her from heaven, or Neverland, or wherever he is.