Paris Jackson is living her best life—yet people continue to involve her in a mess that isn’t there. ICYMI, Cara Delevingne (Jackson’s rumored ex) and Ashley Benson confirmed their relationship on Tuesday with a public make-out at a London airport. Since then, fans have been wondering if Jackson’s recent tweets and Instagram stories have been shade toward her ex and her new beau. And it doesn’t look like her eight-picture birthday tribute to Delevingne—in which she said “I love you”—is helping to silence the gossip.

To wish Delevingne a belated birthday (the model turned 26 on August 12), Jackson took to her Instagram story on Wednesday to share eight pictures of them together. The pictures ranged from selfies of them at a park to a snap of Delevingne giving Jackson a rose to a shot of Jackson holding the collar of Delevingne’s Jacket. “happy belated birthday i love you @caradelevingne,” Jackson wrote. “i’m so proud of you and all you do. here’s to another year of life, so lucky to have you in mine!” 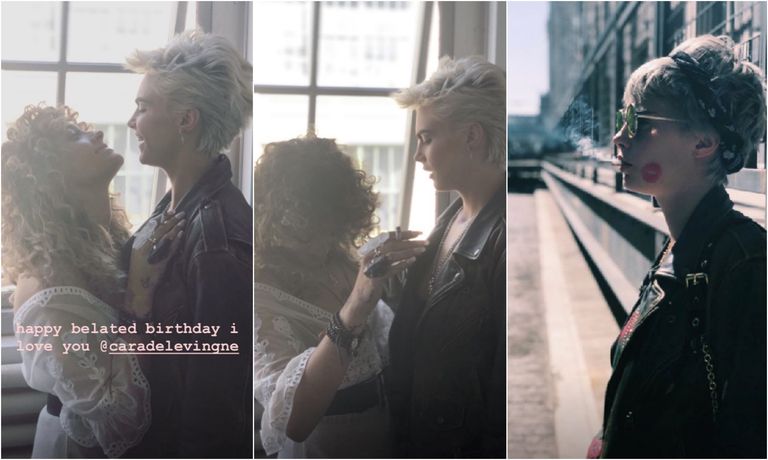 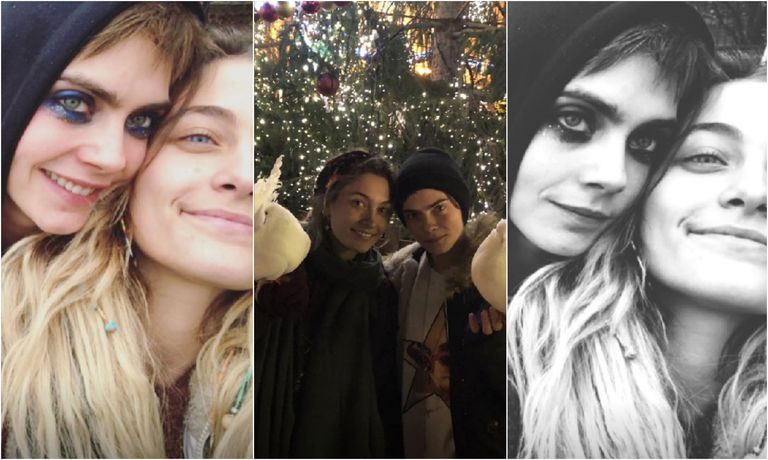 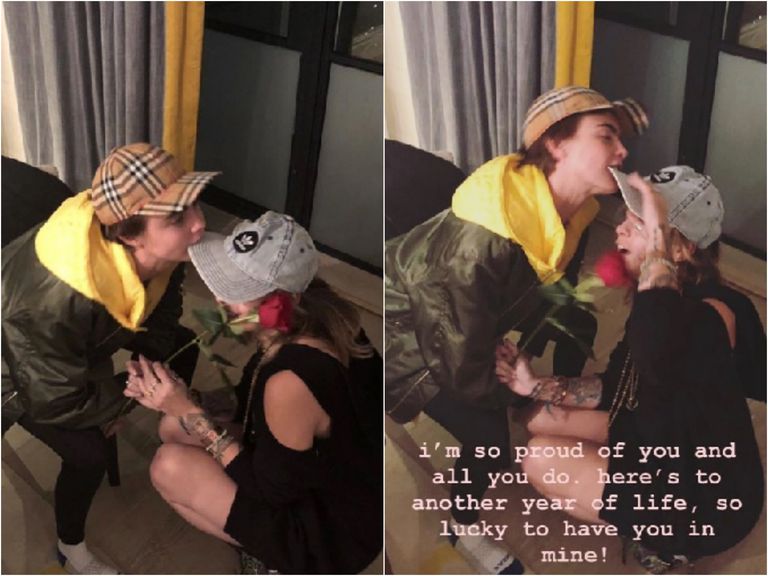 Though Jackson claims that she and Delevingne were “never officially exclusive,” that didn’t stop fans from assuming that her tribute, which happened a day after Delevingne and Benson confirmed their relationship, was shade. Likewise, Jackson’s tweets—in which she declares, “girls smh”—added more fuel to the flame.

MORE: Every Celebrity Couple Who Has Gotten Engaged in 2018 Thus Far

However Jackson isn’t having people spread false accusations about her. On Thursday, she took to her Instagram to clear the rumors and accuse her fans of making something out of nothing. Jackson explained that her tribute wasn’t shade but a simple birthday message between two friends. Likewise, she criticized those who made the pictures into something “negative” by accusing her of shade.

“y’all are mean,” Jackson wrote. “Friends should be allowed to wish friends a happy birthday, with happiness and love in their hearts. to take something negative out of something so innocent and loving is wrong, but also a perfect example of how you guys always twist everything. it’s cruel. who’s really the disrespectful one here? 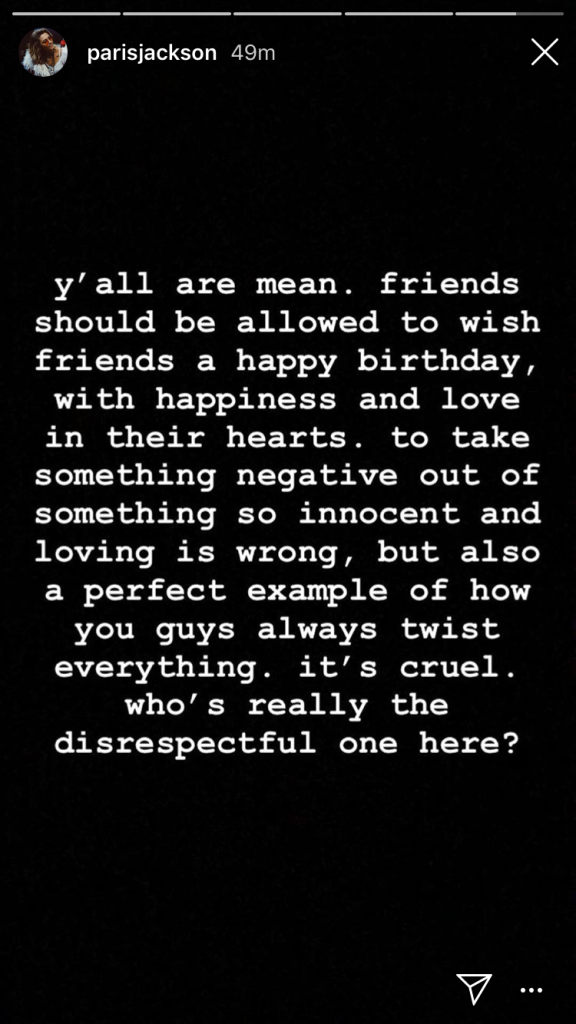 This ins’t the first time Jackson has had to clear her love triangle. In June, she denied that she was involved with both Benson and Delevingne at the same time in a tweet, explaining that she has never met Benson and that she and Delevingne were never in an exclusive relationship.

But Jackson shouldn’t have to explain herself. She’s being included in a narrative that doesn’t involve her. Delevingne and Benson’s happiness doesn’t mean that Jackson is bitter or throwing shade. People can still be friends with their exes and wish them well in life and their new relationships. Let’s stop pitting people against each other and creating something that isn’t there.