As a model, Paris Jackson is likely used to having her face and body altered by Photoshop. But she never expected the editing to be done by her own fans. On Wednesday, the 19-year-old took to Twitter to slam fans who lighten and darken her skin to make her look more white and black.

Jackson began her rant by explaining to her fans that, while she loves seeing their edits, she doesn’t appreciate when they try to erase her mixed heritage by white-washing her olive-toned skin or making her look more dark than she is.

MORE: Demi Lovato Is Being Accused of Photoshopping Her Boobs in This Picture

Jackson has long defended her mixed background against whose who try to claim that she isn’t part-black because of her blonde hair and blue eyes. Jackson’s mother, Debbie Rowe, is white, while her father, Michael Jackson, was African-American. “I consider myself black,” she told Rolling Stone in 2017.

The last par of Jackson’s tweet suggested that she wasn’t always happy with her skin color, but has grown to embrace. She encouraged fans to do the same and stop with the Photoshop. “i am what i am. i’m aware of what i look like and i finally happy with it,” she wrote. 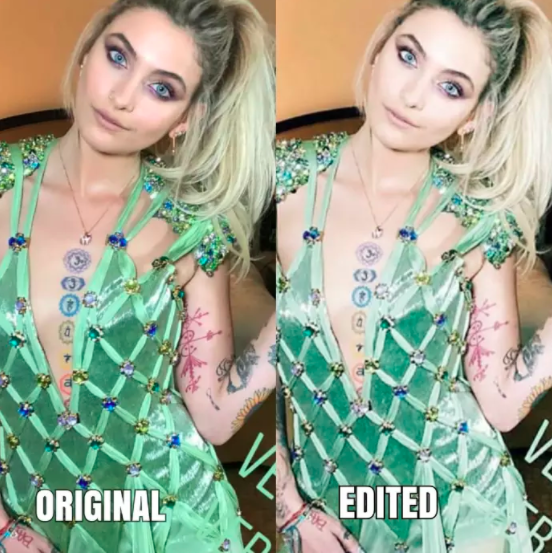 Photoshop, under any circumstances, is never OK, especially if you’re drastically editing someone’s appearance. Changing someone’s skin color enters an even more dangerous territory. We hope fans take Jackson’s word to heart and leave her skin color as is. She’s accepted it, so they should too.