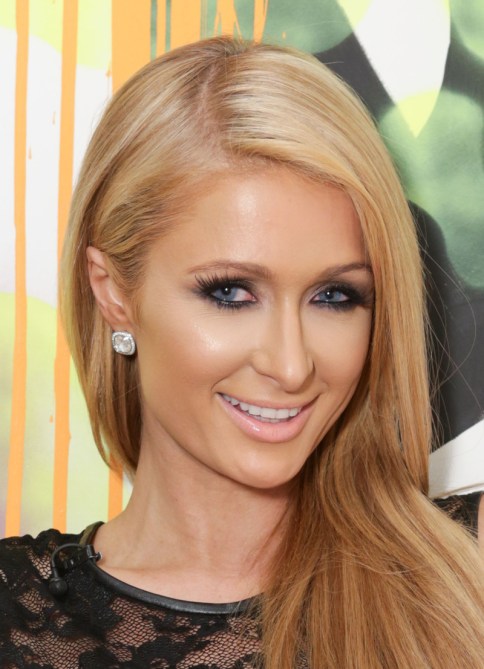 To be completely honest, we sort of feel bad for Paris Hilton. Whether we liked it or not, she was the quintessential “It Girl” from 2001 to around 2007. Then, out of nowhere, her unknown friend Kim Kardashian followed Paris’ lead, released a sex tape and catapulted herself into a whirlwind of fame. While Paris fades deeper and deeper into the background, Kim continues to only get more famous. (Quick stat: Kim has 6.4 million more followers than Paris on Twitter.)

While we wish Paris would bow out of the fame game gracefully, she seems to be hanging on for dear life. Her most recent attempt? A new music collaboration with Lil Wayne. The new song “Good Time” is available on iTunes October 8 and is the star’s first musical attempt since her 2006 album “Paris.” (Surely you remember her reggae-tinged single “Stars Are Blind?”)

While watching the preview of Paris’ new video, we couldn’t help but notice a few things. First, she’s still wearing the blue contacts. Why, Paris? At this point, we all know your eyes are brown, and there’s been so much speculation in the past that the constant use of those colored contacts was giving her a droopy eye. Then, there are the lyrics:

Then Lil Wayne comes in with this gem:

While we have no problem with a comeback, we wish Paris would allow herself to be the 32-year-old she is and stop trying to chase her 20-year-old image (Really Paris? A tank top that says “Rich Girl?”). Even Britney Spears has evolved her image over the years.

Watch the video below and let us know what you think of Paris’ new video.