Last Mother’s Day, I wrote a letter to my mom about my appreciation for all she has done and still does for me. This year, I decided to interview her about what it was like to proudly raise me, a transgender child. As you might imagine, it was an emotional conversation for both of us, but by its end, I felt closer to my mom than ever, which I wasn’t even sure was possible.

To let go of your own fear of others’ judgment in order to protect your child is the best thing a mother can do, and my mom has done it time and time again. I may be biased, but I don’t think there’s a greater mother on this planet than mine. I hope our honest, vulnerable conversation below will inspire other parents and children to wholeheartedly embrace one another’s identities—gender and sexuality included. Happy Mother’s Day to all the strong, loving, and supportive mothers out there.

Q: When did you first know there was something different about me?

A: The second you were born. As soon as they pulled you out, the room went very quiet and all noises sounded gargled, as if I was underwater. It was a euphoric moment and when I looked over at you—this baby who I just naturally delivered, who I didn’t have a name for because I was confused throughout the entire pregnancy about whether or not you’d be a boy or girl—I said to myself, This child is different. I didn’t know why, in particular, but there was a definitive moment when I made that distinction, and that feeling stayed with me.

Q: When did I start playing with toys traditionally considered ‘for girls’?

A: I don’t know if you remember our garage in California, where we lived until you turned seven. Half the garage was a playroom, and my old Barbie dolls from the 60s and 70s and their clothes and accessories were in the playroom for your brother, Matthew. He didn’t play with them, but you did. You started asking for your own when you saw them in the store and wanted more—evidence of that can be seen below, in a home video where a relative gave you a Batman for Christmas and you were so disappointed, saying, “I didn’t want that!” That’s also around the time when you first asked for a dress.

Q: When I asked you for a Cinderella dress at two, what was your reaction?

A: My first thought was, “Where can I get one?” For me it seemed natural; I didn’t even question it. I already knew you were different—your mannerisms, behaviors, energy; everything was different. That’s why I wasn’t surprised when you asked. The next person I talked to happened to be my friend, and I asked if they had an old dress from their daughter and she said yes, and gave it to me… It was what you wanted and that’s what I did.

Q: What was the harshest criticism you received while raising me?

A: A woman in my social circle told me I was a “really bad mom” and asked, “How dare you allow your child to do this?” I remember telling her that everyone is different and if we all raised our kids the same and acted the same, we’d be robots. I told her, “I don’t think you should tell me how to parent my children.” She said nothing in response, but I remember being very, very angry and my body got really hot. It was the first time I experienced bullying since I was bullied as a kid, and I remembered thinking that no one’s going to bully my kids or tell me how to parent them—that’s why I always say I was predisposed to have a transgender child.

Shortly after, we were walking through the mall and a male acquaintance from the gym passed by and said hi. You were in boy clothes and carrying a Barbie and he looked looked at you and said, “Shame on you, Judy,” and I responded, “No, shame on you.” You turned to me and said, “Mom, is that because of my Barbie?” I told you it didn’t matter, we walked away, and I ignored him at the gym after that. 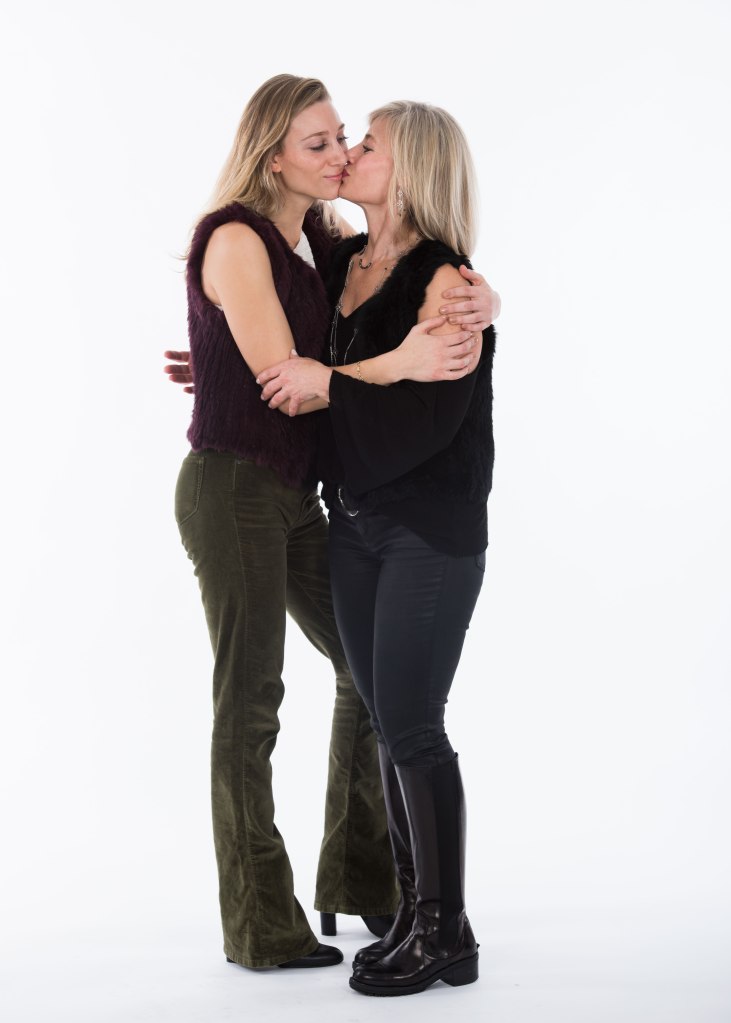 Q: When did you realize I could be more than ‘gay’?

A: I never truly thought you were gay. Being a girl was too much of your soul. You weren’t just a little boy dressing in mommy’s clothes—it was more than that, it was who you were. I always knew that you being gay wasn’t the answer, and I was trying to figure it out myself. There was so little information to read or learn about gender transitions—every Internet search would go straight to transvestite materials.

When you were nine or ten, you started hiding your feminine preferences because of your classmates’ judgmental reactions, and I’d ask you what was going on. I vividly remember questioning you about Barbies and whether you still played dress-up, and you said, “Not now!” and went under the table. One time we were walking through New York City and I saw a transvestite and pointed her out to you and asked if you understood what that was. I explained it to you and asked if you wanted to just dress up or be gay and you were so mad at me, but all I wanted was to figure it out. I was trying to help guide you to be open about what you were experiencing. I knew there were changes, but I was waiting for you to come to me and tell me what was going on for you.

Q: When did it become clear for you that I needed to transition?

A: When you said at the end of middle school that you wanted to start high school as a girl, I was afraid of what would happen if the transition didn’t go well, so I said, “Maybe you should wait.” That was a pivotal moment for me to start cracking down and finding the right therapist for you. I will never forget that day, and being afraid for you and what would happen if you started high school as a girl without the proper resources. I didn’t know how to start that process and didn’t have access to the right people to help, and that’s when I started to look for books. I couldn’t find anything accurate and I got the wrong books; and I kept searching until I saw a New York Times article that specifically addressed transgenderism. I reached out to people on its list of specialists and each person I called led to another person until I found Margie, who became your therapist and guided our family throughout your entire transition.

When you were 14, you asked me to give you a haircut, and I suggested it was time to grow your hair long and you were so excited. You knew it was time and you kept looking in the mirror saying, “Really?!” and I said yes. Since I’m a cosmetologist, I eventually gave you highlights and several months later, I asked if you wanted to start wearing my clothes and that’s when it all began. Halloween that year was no fun even though it’s usually our family’s favorite holiday. I was sad for you—it broke my heart knowing you wanted to be dressing up like your girl friends. At the time I was looking for second job because I knew I was going to have to come up with big-time money.

MORE: Why We Need to Fight to Destigmatize Transgender Beauty Standards Now

Q: Were you worried about whether I’d able to transition?

A: When it came time for you transition, I always worried—I still worry to this day. I worry about the synthetic hormones you take, and when I know you’re not home, I want a phone call about where you are and if you’re safe. At the time you transitioned, there was very little awareness of transgender issues, and I didn’t want you to get bullied. I had trouble understanding it myself and how I was going to explain it to other people when I myself couldn’t understand it. I didn’t want to parent my child out of fear. Now, when I’m helping families with children or loved ones who are transitioning, I often tell them, “You can’t make decisions for a child because of your own personal fear.”

Q: What does being a mother mean to you?

Q: What did you hope for your kids and how did you imagine our lives would turn out?

A: I didn’t really think about it like that, I just knew when I was pregnant that I would have a baby, a child that I was going to love and care for and give me a purpose and make me real.

Q: What has been your greatest achievement as a mother?

A: My children… they’ve grown, experienced the world, graduated college, and are out on their own, thriving.

MORE: How Fashion Helped Me Figure out Who I Am as a Trans Woman 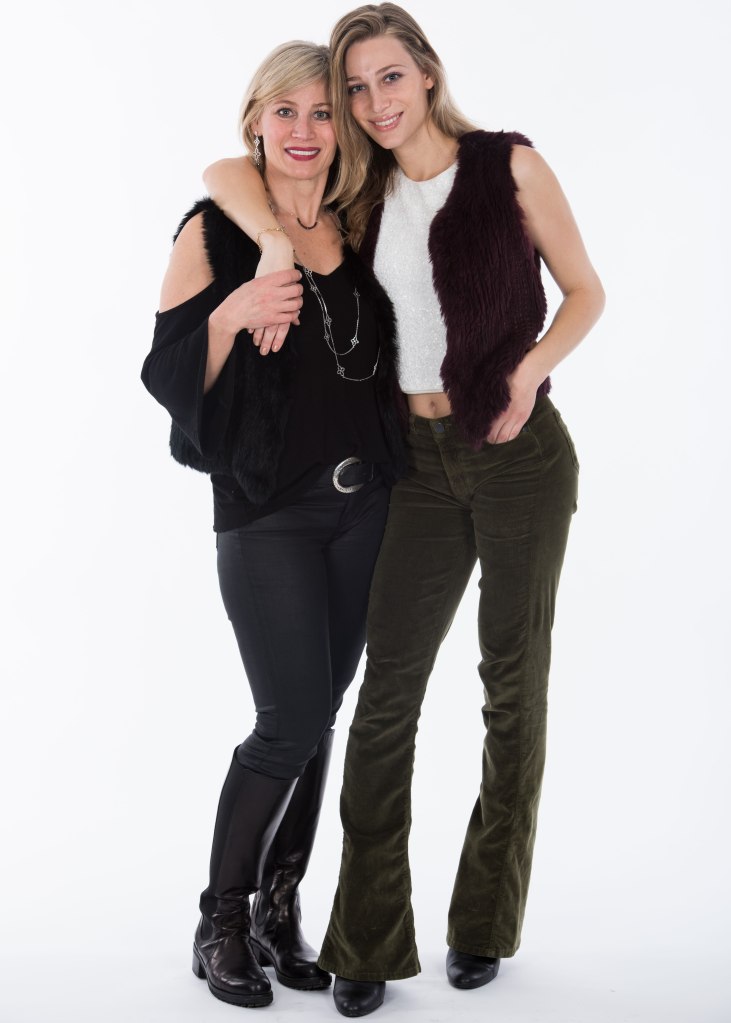 Q: If you could go back and change anything about your life, what would you choose?

A: That’s hard to say because I wouldn’t have you or Matthew, and I wouldn’t want a life without you. If I had a better education or help with my learning disabilities, would I be a doctor? Maybe. Would I have traveled more? Maybe. But that’s hard to say because I wouldn’t want it to be different. I would have wanted a husband who wasn’t a liar or a thief. I never imagined having a broken family or marriage, and thought I’d be committed to my marriage forever. It’s hard to be alone and not have that family unit that I wanted so badly as a kid.

Q: In hindsight, would you have changed anything about how you helped me transition?

A: Not one thing. Even you not starting high school as a girl was part of our path.

Q: What was your biggest fear about my transition?

A: That you would one day question your decision. I married two abusive husbands: one was physically and verbally abusive; one was emotionally manipulative and me feel that there was always something wrong with me. Because I questioned myself so much personally, I hoped that you wouldn’t regret your transition. The only thing I’ve never questioned about myself is who I am as a mother and how I raised my children, which is interesting.

Q: Is there any advice you’d give to other parents raising transgender children?

A: Parent your child the way you would parent them otherwise, whether or not they’ve expressed being different than the norm. If your child says, “I’m transgender,” don’t allow your fears to take over—don’t suddenly treat them differently or start saying no.

Ultimately, I couldn’t be more proud. When I sit and think about who my kids are as people, I feel proud and successful. I want my children to be proud of me, as much as I know they want me to be proud of them. As we grow older and learn how hard life really is, I want them to see that we can go through struggles, work hard to overcome them, and be happy.