Since it became the new CBS All Access, viewers have wondered if Paramount Plus is free and how long its free trial lasts. Paramount Plus launched in March 2021 as a streaming service for ViacomCBS programs such as Star Trek: Discovery, The Good Fight and Love Island USA.

The site, which replaced CBS All Access and has more than 8 million subscribers, is the exclusive streaming service for ViacomCBS networks such as CBS, MTV, Nickelodeon, Comedy Central, BET and the Smithsonian channel. The service offers a library of more than 30,000 TV episodes and over 1,000 movies, as well as a live stream to CBS, so fans can watch CBS shows like Big Brother, Young Sheldon and Survivor in real time as new episodes air on TV.

There’s no doubt that Paramount Plus has a lot to offer. But with so many streaming services on the market (Netflix, Hulu, Amazon Prime, Disney+, HBO Max—the list goes on), it’s understandable why customers want to test out the site for free first before they commit and subscribe. Ahead is what we know about Paramount Plus’ free trial and how to try out the streaming service at no cost.

What are Paramount Plus’ current deals?

Read on for Paramount Plus’ current deals.

Paramount Plus’ 99 Cents Per Month Deal With Amazon Prime Video

Along with Paramount Plus, users can also subscribe to channels like Showtime, Starz, AMC+, Discovery+ and more for 99 cents for two months as part of Amazon Prime Video’s Prime Day 2022 channels deal. The deal—which also starts on July 5, 2022 and ends on July 13, 2022—saves users between $6 to $20 from the channels’ original prices for two months. The deal is also only eligible for Amazon Prime subscribers and will revert to the original price after the two months end. See below for a full list of the channels included in Amazon Prime Video’s Prime Day 2022 channels deal. 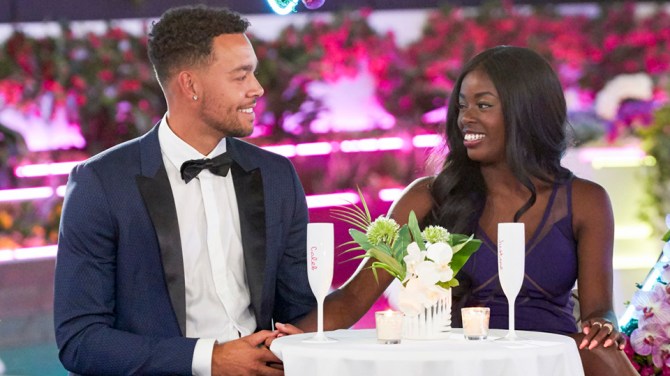 How much does Paramount Plus cost?

Does Paramount Plus have a free trial?

How to sign up for Paramount Plus’ free trial

Read on for instructions on how to sign up for Paramount Plus’ free trial.

How to sign up for Amazon’s Paramount Plus’ free trial

Read on for instructions on how to sign up for Amazon’s Paramount Plus free trial.

How to watch Paramount Plus for free

What shows are on Paramount Plus?

Paramount Plus offers more than 8,000 episodes of TV shows from CBS, MTV, Nickelodeon, Comedy Central, BET, the Smithsonian channel and other networks. Its original series include Star Trek: Discovery, Star Trek: Picard, The Good Fight, The Stand, Kamp Koral: SpongeBob’s Under Years, For Heaven’s Sake, and Why Women Kill.

Is Paramount Plus worth it?

Is Paramount Plus worth it? In an interview with The Hollywood Reporter in 2022, ViacomCBS international CEO Raffaele Annecchino explained the importance of original content to Paramount Plus’ success. “We have our studio, we have global franchises and local production hubs, such as in Latin America,” he said. “We basically execute what we call a global vision with local execution, which is a key competitive advantage. Because streaming is global, but at the same time, to be successful, you need a customized go-to-market strategy defined for each market. We tailor the local approach, marketing, distribution and content by leveraging our unique ecosystem market by market.” He continued, “Some see legacy businesses as a burden. But we are transforming our legacy business as a competitive advantage to boost streaming. Having our teams in local markets and having knowledge of them allows us to leverage all our assets. Think about the Telefe network in Argentina or Network 10 in Australia – these free-to-air channels are boosting streaming and serve as a content engine. Through the local network, you can really grow (intellectual property) IP. Five Bedrooms is a top local show in Australia, for example, that for a few months rated as one of the top acquisition drivers of Paramount+ there. At the same time, [Yellowstone prequel] 1883 is a top title in Latin America. So, we have global tentpoles like Yellowstone, SpongeBob, Teenage Mutant Ninja Turtles, Star Trek, Mission: Impossible, Top Gun and CSI. And then we have local tentpoles.”

Annecchino also revealed plans for Paramount Plus to be the exclusive streaming service for shows like South Park and to produce more international series. “We are repatriating South Park to make Paramount+ the exclusive home of South Park. More and more, we want to repatriate our biggest IPs to our platforms now that we have a global opportunity,” he said. He continued, “We are producing more than 50 international scripted originals this year, and we are going to have seven new Shores and for the first time ever an international NCIS, NCIS: Sydney. So we have a diversity of content that really, I think, is unbeatable, because content is really where we invest all our efforts. It is all about content. Content is king in our strategy.”

Paramount Plus’ Chief Content Officer David Nevins also told Deadline in 2021 about how Paramount Plus’ content differentiates itself from other streaming servies. “You’re going to see quite a lot of stuff rolling out over the next three or four months. We’re finally coming out of our Covid hangover, and you’re seeing the first of the Taylor Sheridan stuff, you’re seeing expansion of Star Trek and adult animation. I’d point to a few different things that I think will wind up distinguishing Paramount+ over time,” he said at the time.

He continued, “Definitely franchise first. We’re building out the Star Trek franchise, we’re building on the strength of franchises that we own. You’ve seen what the Nickelodeon strategy has been, very much about franchises. We are trying to build off what Taylor Sheridan has done; Grease is going to be an important show in the new year; Fatal Attraction is going to be an important show in the new year; and The Offer, which touches the history of Paramount and The Godfather, one of the great franchises in Paramount history, you’ll see that.” He also explained Paramount Plus’ plans to expand internationally and how he wants the service to have a “movie feel” that’s akin to Paramount Pictures’ blockbuster hits. “We have a pretty clear international rollout strategy.We’re going to be pretty aggressive about making content in Europe, some things that can come back to the U.S., that will be known franchises in the U.S., and some things that are important in Europe,” he said. “We’re already in pretty much all the English-speaking world of Australia, Canada, but by mid-next year, we’ll be basically across Europe. It’s Paramount+ in the big territories of the UK, Italy, Germany as well as some others, and it’ll be SkyShowtime, which is the joint adventure that we’re doing with Comcast, in the remainder of Europe. Obviously we’re already all across Latin America. We’re in Latin America now, Europe next year, and building from there at a pretty rapid pace.”

He continued, “We want Paramount+ stuff to have a movie feel, to have the sort of actors and stories that’s the best of classic Hollywood, and that means having a popcorn feel in general, playing to the entire country as well as people overseas. I think you’ll see that ethos played out in most of the things that we’re making.”

While Paramount Plus has a lot of plans to expand, Nevins also acknowledged that it’s a newer streaming service. “There’s always a little bit of a process to that, but we’re in expansion mode, and we’re just about ramping up the development slate. It’s not like there were 70 things on the development slate that I had to sort through, throw out 40 of the 70 and bring in a lot more,” he said. “We’re still in that transition. It’s a new service that is expanding rapidly, and as a company we’re trying to invest rapidly. So, I would say it’s more a process of expansion and focusing than it is about throwing things out, and you’ve got to go with what you’re good at. What are the strengths we have? Certainly one of the strengths we have are our deep library in years of rich IP, talented producers like Robert and Michelle King, Alex Kurtzman, Taylor Sheridan, trying to bring in new people like Kenya Barris and Rashida Jones.”

Nevins also discussed Paramount Plus’ bundle with Showtime and how collaborations with other networks can benefit both companies. “The bundle between Showtime and Paramount+ is right there on the buy page and has been doing very well because I think Mayor of Kingstown, in addition to being good for Paramount+, is also going to be good for Showtime because it’s going to drive subscriptions to Showtime,” he said. “When you get a positive ecosystem, a lot of people are going to sign up for the bundle. So, you watch Mayor of Kingstown on Paramount+, but it is going to drive subscribers to Showtime. Likewise, because some people will be going to go through the Paramount+ buy to get Dexter, I think Dexter will drive subscribers to Paramount+.”

He continued, “The bundle has been doing quite well for us, and I think more and more people buy it together, the same way that I’m a subscriber to the Disney bundle because I like both ESPN+ for soccer and Hulu and Disney+, and it’s a good deal to buy the three of them together. Similarly, we’re developing our own bundles and I think there’s a real consumer demand for it. So, once you’ve watched Mayor of Kingstown, then you can go over to Showtime and watch Dexter or vice versa.”

That said, Nevins also acknowledged the “value” of keeping brands separate. “I think there’s value in having some separation of brands. If you’ve got kids and you’re signing up for your kids, you want Paramount+,” he said. “You don’t need Showtime. But if you are looking for pure play, I want Black-centered programming, it’s helpful to have the pure play of BET+, but it also combines well because there are Black households that want to watch BET and Showtime or watch BET and Paramount+. So I think the brands are of value, but we have to make sure they speak well to each other. And they combine well with each other.”

As for his personal favorite Paramount Plus show, Nevins pointed to Star Trek: Picard and Mayor of Kingstown as two of his recommendations. “I was very taken with Picard. I thought there was something really satisfying about watching that actor [Patrick Stewart] come back and play that iconic character late in life. That was a show that I really, really enjoyed, but I’m really excited about Mayor of Kingstown, and I’m really excited about where Grease is going. So, I have pretty wide tastes,” he said. “The other show that I think is going to knock people’s socks off is The Offer. I’ve now seen like four episodes of that, and it’s totally a kick. It’s fun and poppy, it has that sort of popcorn feel and some really surprising performances. Matthew Goode and Juno Temple and Miles Teller are really fun, and it is an inside Hollywood story, but it feels like a great escapists drama.”