Pantone, the voice of color trends for everything from paint to lipstick, has announced its Color of the Year for 2015—Marsala red. A deep burgundy, the “naturally robust and earthy” color that’s named after an Italian wine will presumably soon be everywhere. 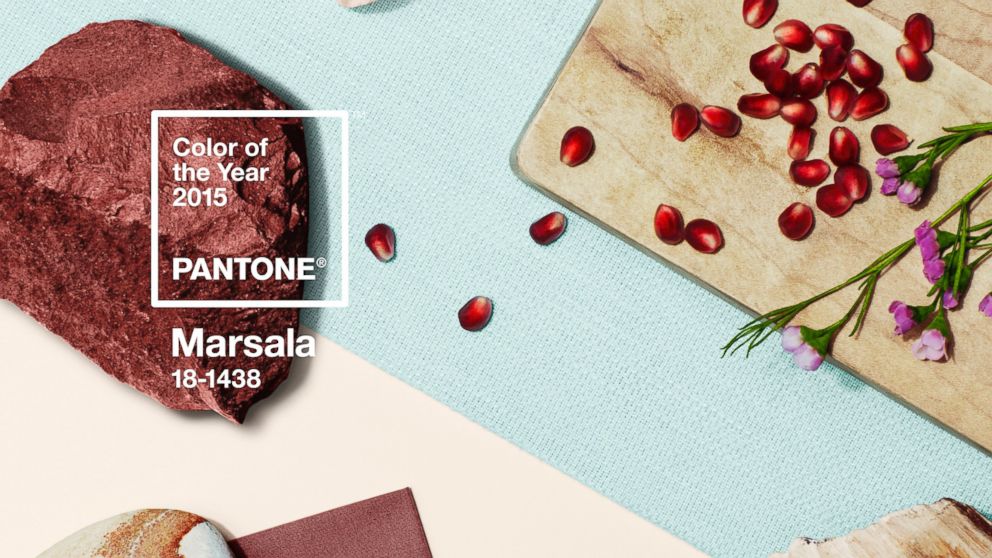 “Much like the fortified wine that gives Marsala its name, this tasteful hue embodies the satisfying richness of a fulfilling meal,” says Leatrice Eiseman, executive director of the Pantone Color Institute.

Exactly how influential Pantone’s annual choices turn out to be are up for debate, as the L.A. Times pointed out in 2012 that color forecasters, manufacturers and buyers do put some stock in the selection, if anything because the announcement has become something of a marketing juggernaut unto itself, but the deep shade is a nice change from the company’s previous chosen colors—2014’s was radiant orchid, and 2013’s color was emerald—so we’ll probably see a slight uptick in Marsala-hued clothing in stores, beauty products on shelves, and home decor accents.