For years, fans have wondered what the true story was around Pamela Anderson’s sex tape with Tommy Lee and whether the former couple made any money from the leaked private video.

Anderson, a Baywatch actress, and Lee, the drummer for Mötley Crüe, were married from February 19, 1995 to February 28, 1998. They share two children: sons Brandon Thomas, who was born on June 5, 1996, and Dylan Jagger, who was born on December 29, 1997. Anderson and Lee became infamous in 1995 after a sex tape of them from their honeymoon was stolen from their home and leaked online. Anderson and Lee went on to sue and settle with the main company that distributed the tape, Internet Entertainment Group, but the what happened before and after revealed the drama the public didn’t know about the scandal.

The events of Anderson and Lee’s sex tape leak were told in Hulu’s 2022 miniseries, Pam & Tommy, which starred Lily James and Sebastian Stan as the rock ‘n’ roll couple during one of the most tumultuous times in their lives. A source told Entertainment Tonight in January 2022 that Anderson, who wasn’t involved in Pam & Tommy, found the series “very painful.” “The upcoming Pam & Tommy Hulu series has been very painful for Pamela Anderson and for anyone that loves her,” the insider said. “It is shocking that this series is allowed to happen without her approval.” The source continued, “Pamela has no regrets about her life. But the only thing she would probably erase is this burglary. She feels so violated to this day. It brings back a very painful time for her.” Lee, on the other hand, didn’t have the same reaction. “Tommy feels fine about the series coming out and is excited to see it,” the source said. “He still doesn’t understand how this incident impacts Pamela differently from himself.”

James told Porter in 2022 that she tried to contact Anderson about the series but didn’t receive a response. “I was really hopeful that she would be involved. I wish it had been different,” she said.. “My sole intention was to take care of the story and to play Pamela authentically.” She told the magazine that she reached out to Anderson “right up until we started filming” and claimed that she’d “never worked so hard” on a role. “I read the books [Anderson] has written, I read her poetry, I can parrot along to all her interviews,” James said. 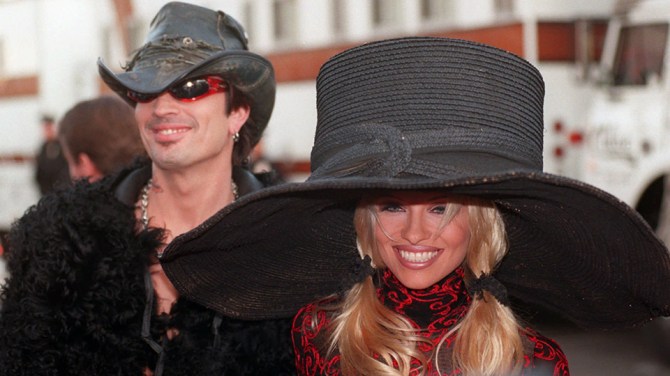 What happened with Pamela Anderson and Tommy Lee’s sex tape. Anderson and Lee met on New Year’s Eve 1994 at the club Sanctuary in Hollywood. “He came up, grabbed me and licked my face,” she told Movieline in 1995. “I thought he was a cool, friendly, nice guy. I gave him my number.” Six weeks later, Lee accompanied Anderson for a photoshoot in Cancun, Mexico. The two eloped four days into their trip and tattooed each other’s names on their ring fingers. When they returned from Mexico, Anderson moved into Lee’s home in Malibu, which was under renovations.

During that time, Lee also fired several employees at his home without pay, claiming that their renovations were shoddily done. Among the employees fired was electrician Rand Gauthier, who was so sick of Anderson and Lee that he was ready to write off the $20,000 Lee owed him. When he returned to the couple’s mansion to retrieve his tools, he claimed that Lee pointed a shotgun at him and told him, “Get the fuck off my property.” ” Gauthier told Rolling Stone in 2014, “I was never really that popular with people. But I had never been held at gunpoint. It screwed with my head.”

As revenge, Gauthier stole Lee and Anderson’s safe in their garage, which contained Lee’s gun and Anderson’s jewelry, as well as a homemade sex tape that the made on their honeymoon, which Gauthier had no idea existed. Gauthier told Rolling Stone that it took him and hour to cut into the back of the safe with a demolition saw outfitted with a composite diamond carbide blade. Inside the safe were family photographs, a Rolex, a gold-and-diamond Cartier watch, gold-and-emerald cufflinks, a ruby-and-diamond cross, the white bikini that Anderson wore to their beach wedding, and a Hi8 tape that could be inserted into a handheld camcorder. Gauthier brought the tape back to the North Hollywood porn studio where he also worked and watched it with the studio owner. “We put it in and see what it is, and of course, cha-ching. The dollar signs fly before our eyes,” he said. “But we’re going, this is the kind of thing people will get killed over.”

Gauthier took the tape to porn studio owner Milton “Uncle Miltie” Ingley, who made a copies of the video and destroyed the original cassette. Ingley took the tape to Louis “Butchie” Peraino, who ran the production company Arrow Productions and gave Ingley $50,000 for manufacturing and distribution of the tape, with the expectation he would receive interest on the loans and a cut of the sales. Ingley used the money to make thousands of copies of the tape and hire someone to put the video on a few websites—pamsex.com, pamlee.com and pamsextape.com—which gave instructions on how to buy VHS copies of the tape for $59.95.

In January 1996, three months after the theft, Lee and Anderson noticed that the safe was missing. They filed a police report and hired private investigator Anthony Pellicano to find out what happened. The investigation led them to Ingey, who admitted to having a copy of the tape but lied and said that he bought the video from Guerin Swing, Lee and Anderson’s interior designer. Pellicano interrogated Swing but determined that he didn’t know anything about the tape. His investigation later led him to Steve Fasanella, Ingley’s employee who had sold his own copies of the tape for $175 out of the trunk of his car. (He told Rolling Stone he sold almost 500 copies of the tape and made about $75,000.) After Fasanella was interrogated by men he believed were hired by Lee, the men—who had a photo of Gauthier that looked somewhat like Fasanella—came to the conclusion that he wasn’t who they were looking for.

When Anderson and Lee realized that the tape was spreading faster than they could stop, they filed a $10 million civil lawsuit on March 29, 1996, against those they thought had a copy, including Ingley, Gauthier, Swing, Troy Tompkins (the general contractor), Dominique Sardell (a woman working on Anderson’s condo) and Penthouse magazine, which published a written description of the tape, including quotes between Lee and Anderson.

As the case went on, Ingey moved to the Netherlands, where he continued to sell the tape. Ingey’s sale lowed down in late 1996 when copycat websites started to sell their own copies of the tape they had duplicated from him. In spring of 1997, Ingey stopped shipments on the tape and announced that all remaining orders would be sent on September 27, 1997. In October 1997, the court ordered Ingey to stop copying and selling of the tape, which he ignored.

Around this time, Seth Warshavsky, a pornographer and founder of the company Internet Entertainment Group, received a copy of the tape and used his website, which included early developments of pay-per-click ads, streaming video and online credit card processing, to easily sell the tape online. By November 1997, Anderson and Lee were tired and decided to settle with Warshavsky. In their settlement, Warshavsky was allowed to show the tape over the internet but not sell it in stores, which proved to be a mistake for Lee and Anderson, who underestimated the power of the internet, as the tape soon saw thousands of sales per day. Despite the settlement agreement that prevented him from selling the tape in stores, Warshavky made a deal with Steven Hirsch, the owner of Vivid Entertainment, to manufacture the tape into VHS, DVD and CD-ROM copies that were sold in adult video stores. Within a few years, Warshavsky and Hirsch had sold hundreds of thousands of copies. When Anderson and Lee learned of this, they sued Warshavsky in federal court. Though Anderson and Lee have both publicly denied profiting off the tape, many believe that the private deal the couple made with Warshavsky gave them a share in the profits made. Porn actor Ron Jeremy also told Rolling Stone that he once asked Anderson whether she’d received money from the tape, to which she said, “Well, you know.”

When Lee, Anderson and Warshavsky’s federal suit reached court in 2002, Warshavsky had moved to Bangkok. The judge ordered him to pay Anderson and Lee $740,000 each, which they’ve never received.

In an interview on Watch What Happens Live in 2015, Anderson revealed that she has never watched the tape and denied that she made money from it. “I’ve never seen it. I made not one dollar. It was stolen property. We made a deal to stop all the shenanigans,” she said. “I was seven months pregnant with Dylan and thinking it was affecting the pregnancy with the stress and said, ‘I’m not going to court anymore. I’m not being deposed anymore by these horny, weird lawyer men. I don’t want to talk about my vagina anymore or my public sex — anything.” She also denied the tape was a sex tape in another interview on Watch What Happens Live in 2020. “That was not a sex tape. That was a compilation of vacations that we were naked on,” she said. 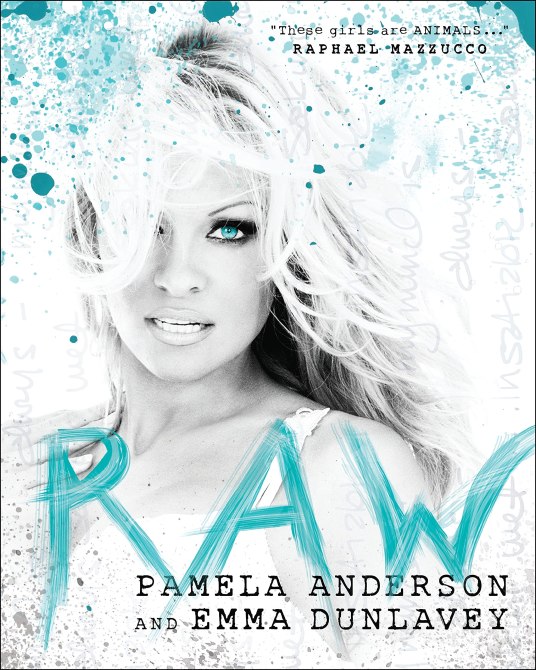