In a pivotal moment of Ozark’s second season, Marty Byrde sat down with his reluctant partner in crime, Jacob Snell. He intended to reach a bargain in the absence of Jacob’s wife, Darlene, whose refusal to allow a casino to be built on their land was putting the Byrdes in a tough spot financially. Jacob soon revealed a vulnerability that Marty and the audience had never seen from him up until that point. “What do you do, Martin,” he asked, “when the bride who took your breath away…becomes the wife who makes you hold your breath in terror?”

Since then, the Byrdes have been through more trauma and escalating danger than one might imaginably survive. They’ve weathered disfavorable attention from local gangs, slipped prosecution despite the best efforts of three separate federal agents, and repeatedly incurred the wrath of the Mexican drug cartel. It’s as if this family, and specifically Marty, have been triple-coated in Teflon. But if Ozark’s fourth and final chapter is any indication, their undoing may come from within. Jacob’s query all that time ago could prove prophetic as the exact dynamic he spoke of is manifesting in Wendy, who embraces her desire for power more boldly than ever before—and seemingly without regard for collateral damage.

In an interview with Deadline, executive producer and head writer Chris Mundy said that Wendy and Marty’s marriage is the core around which all of Ozark orbits. Indeed, their relationship has been under the spotlight since the very pilot episode of the series, when Marty learns that Wendy is sleeping with her personal lawyer. It is a point of underlying tension throughout the story that, if not for the need to protect their children and maintain the appearance of a functional nuclear family, they would have separated. One might argue that they already have. 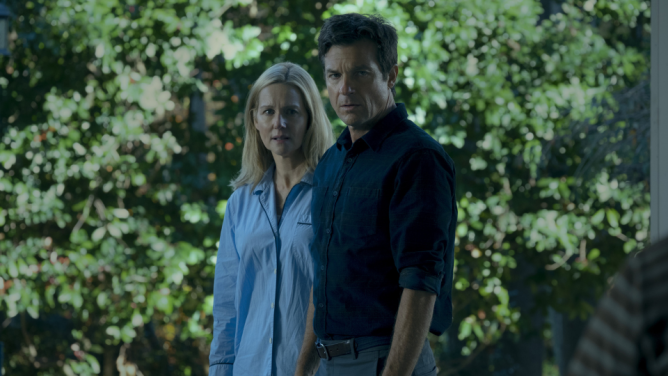 It’s abundantly clear that they have distinct goals; while Marty came to Missouri to save their old lives, Wendy sees it as the birthplace of a new one. To that end, some of their machinations could be motivated by each one’s desire for control over the other. (After all, we know they aren’t above petty one-upping even in therapy.)

In Ozark season 4, their ongoing game of emotional chess once again spills over to their parenting. Their son Jonah has taken his sister Charlotte’s previous position as the defiant child, harboring righteous indignation at the growing tally of bodies in their parents’ wake, especially after the assassination of his uncle Ben. For that particular sin, it is Wendy who attracts his most direct resentment. But where his sister’s rebellion mostly consisted of day drinking and skinny dipping with local boys, Jonah’s natural gift for finance and technology motivates him to launder money for Darlene, who remains their most enduring rival.

Wendy takes this not just as a personal betrayal but as an existential threat to the family business. Her tactics to win him back vary throughout part one of Ozark season 4, going from icy condescension, to teary-eyed convalescence, to full-blown sabotage. At every turn, she is criticized by Marty, who believes her to only be pushing him further away. In contrast, she believes Marty is too proud of their son’s manifesting prowess to see his behavior for the danger it is, playing the role of good cop while her efforts to “keep this family, a family” are demonized. In four seasons of dynamite, Laura Linney’s performance this time around might be her most captivating yet, featuring some truly ferocious notes that invite a few rewinds just to soak in the talent. 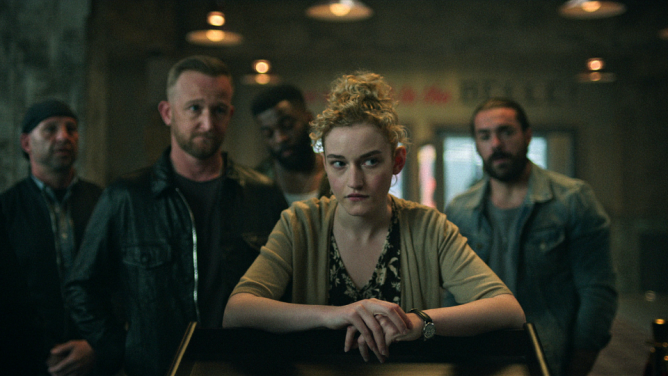 Of course, the Byrdes aren’t the only family of focus in the series. Though the Langmore tribe grows thinner by the season, Ruth remains its nascent matriarch, bearing her surname like a brand and swimming with all her might against the seemingly indomitable current of tragedy that comes with it. Played by the incandescent Julia Garner, Ruth finds herself pulled in more directions than she’s sure she can manage. Although she still has some level of loyalty to Marty himself, mounting events over the course of season 3 left her feeling little incentive to remain his business partner. Now she’s trying to carve her own piece of the Ozarks and has allied herself with Darlene who, though the textbook example of a tough old bird, experiences an arc over the course of these episodes that moves her toward a much more exposed and tragic place.

Time and again, Ozark has demonstrated a capability for taking characters you love to hate and putting them in context against someone even worse. This fourth season introduces a bevy of new players—like the intuitive Sheriff Leigh Guerrero, who’s called in when Sheriff Nix goes missing early in the season, and Mel Sattem, a relentless private investigator hired by Helen Pierce’s husband and on something of a personal redemption quest.

But while these characters pose inconveniences, there is no greater physical threat to the Byrdes than Javier Elizondo, their boss’ college-educated nephew. Impatient about their progress and eager to take a leadership role in the cartel, Javi begins to insert himself deep into the Byrdes’ affairs while the power struggle between him and his world-weary uncle puts them in a precarious situation. (In one of the series’ best decisions, Felix Solis has been upgraded to series regular to continue his simmering take on the jefe.)

Ozark has been about relationships since the very beginning, and this season the various connections that constitute it are tested more profoundly than ever before. Jason Bateman has teased that the plane will land on this criminal chronicle “in a very satisfactory way,” and no doubt audiences will feel committed to the rest of the flight after binging all seven-odd hours of the Emmy-award winning drama after its return on Friday, January 21st.

Ozark Season 4, Part 1 is available to stream on Netflix.