Meghan Markle has been a member of the British royal family for some time now, so we thought that it was as good a time as any to look back on her old outfits—and the looks that we’ll never see her wear again now that she’s the Duchess of Sussex. (RIP, her ripped jeans.)

Markle has worn some memorable looks since she became engaged to Prince Harry, but, aside from a messy bun here and there, they all follow the same traditional royal trend: modest necklines, stockings, nothing too flashy. But Markle’ style wasn’t always like this. When she was an actor on Suits, Markle wore tons of interesting clothes and beauty looks, from midriff-exposing dresses to gothic nail polish. And though we’ll likely never see Markle in anything similar again, it’s still fun to look back on her royal rules-breaking outfits that wouldn’t fly today.

Denim isn’t banned in the royal household, but it’s definitely not preferred. According to the BBC, men usually wear khakis if it’s a casual dress code, while women wear trousers or day dresses—though, if it’s an extra low-key occasion, such as out walking the dog, jeans are fine. Likewise, the royals’ clothes are supposed to be neat and put together, meaning that Markle’s ripped jeans from the 2017 Invictus Games in September 2017 (before she and Harry were even engaged) wouldn’t fly today. 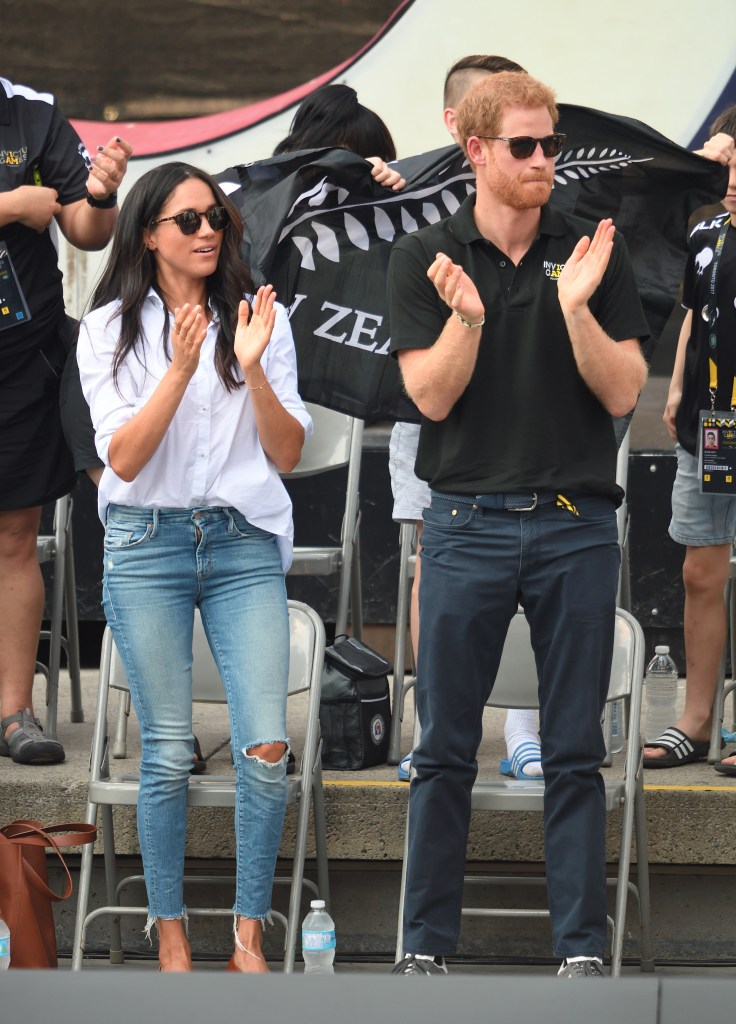 Though there’s nothing wrong with Markle’s clothes in these two outfits, you likely won’t see her wearing the entire looks again—and that’s because of her nail polish. Under Queen Elizabeth II’s rule, the nails of royal women are to be kept clean and natural-looking, meaning that Markle will likely never wear non-nude nail polishes again. For the most part, the royals stick to nail polish colors such as pale pinks and taupes, so these pics are likely the last you’ll see her with such dark nail polish on her fingers. 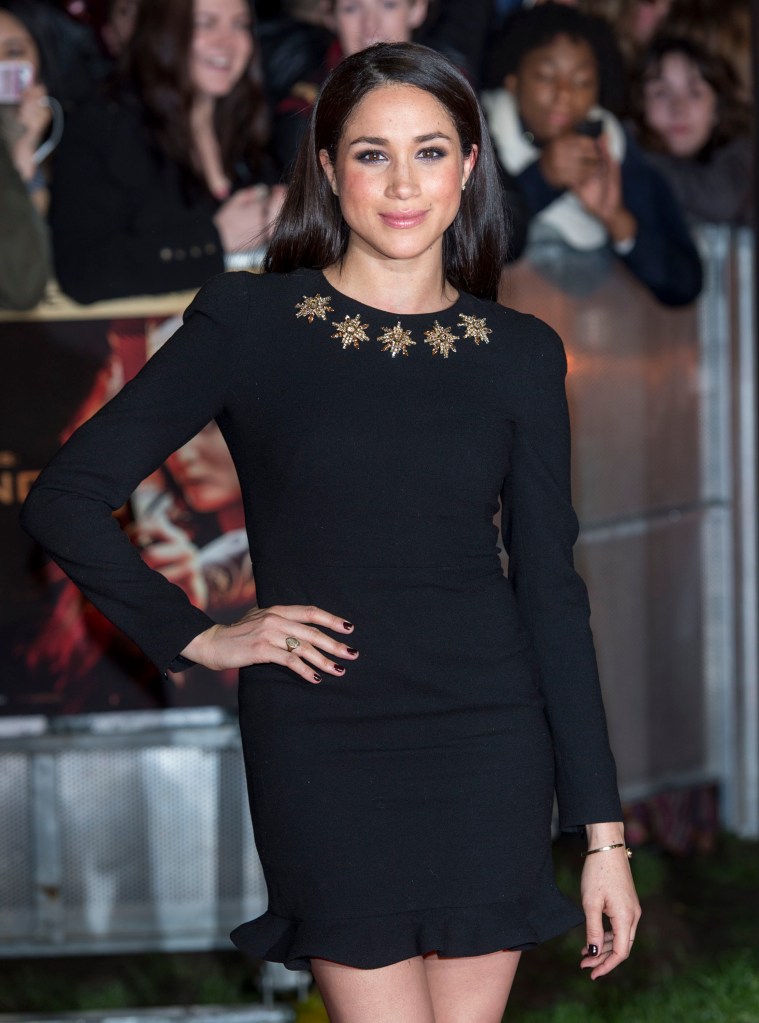 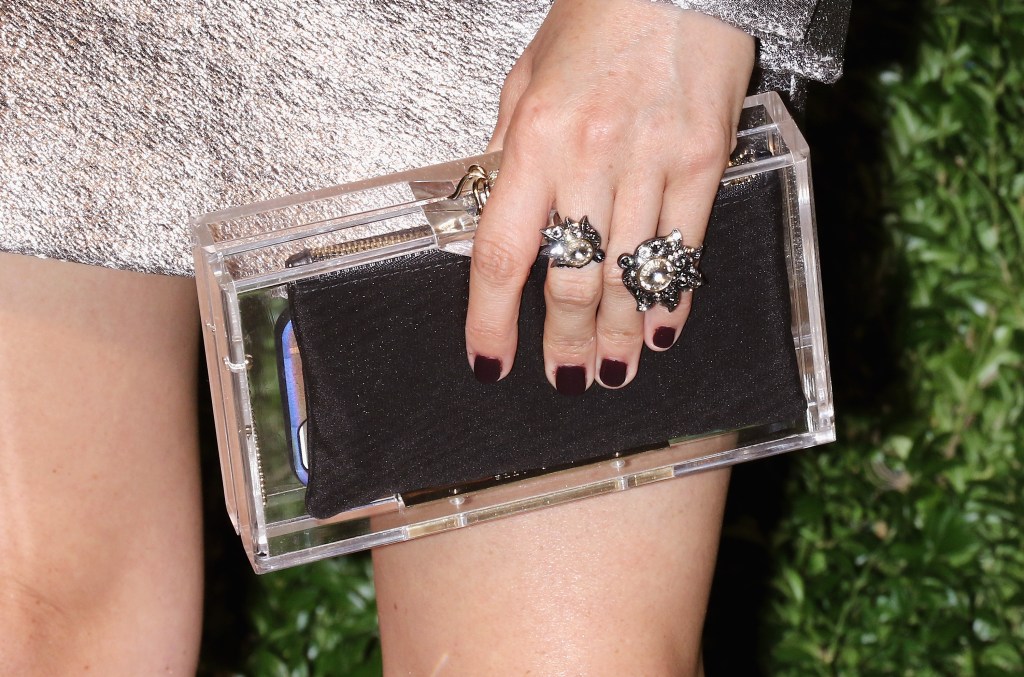 Any Outfit Without Pantyhose

Before she was a royal, Markle showed her bare legs more often than not. Now, it’s the opposite. It’s a well-known rule that royal women are prohibited from showing their bare legs and must wear pantyhose. Markle already broke the rule once when she didn’t wear stockings for her engagement announcement, but you likely won’t see her flaunting her legs like in the pictures below again. 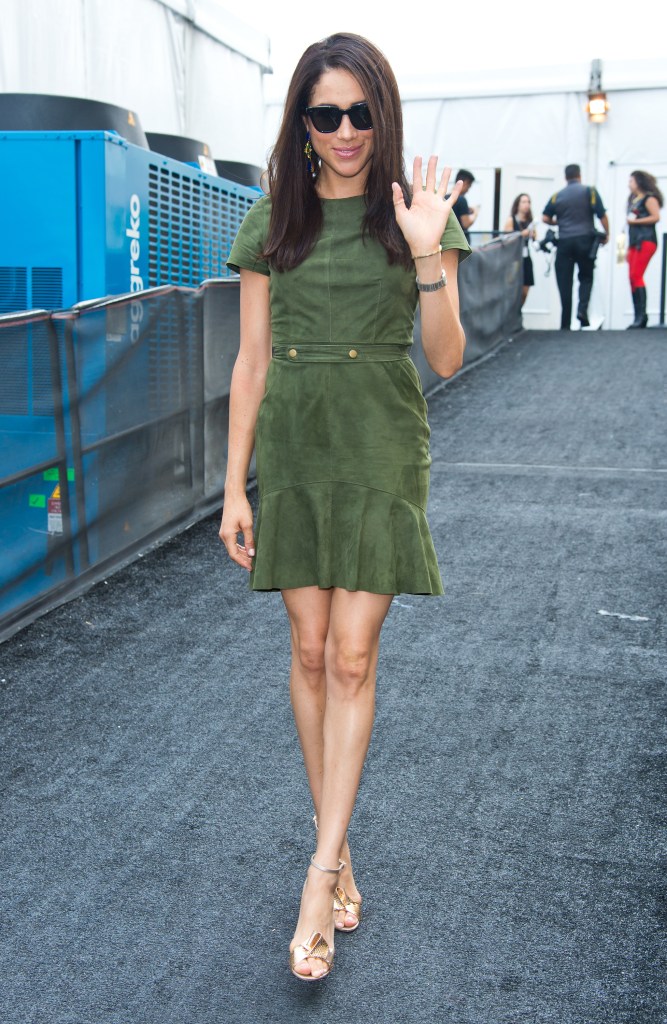 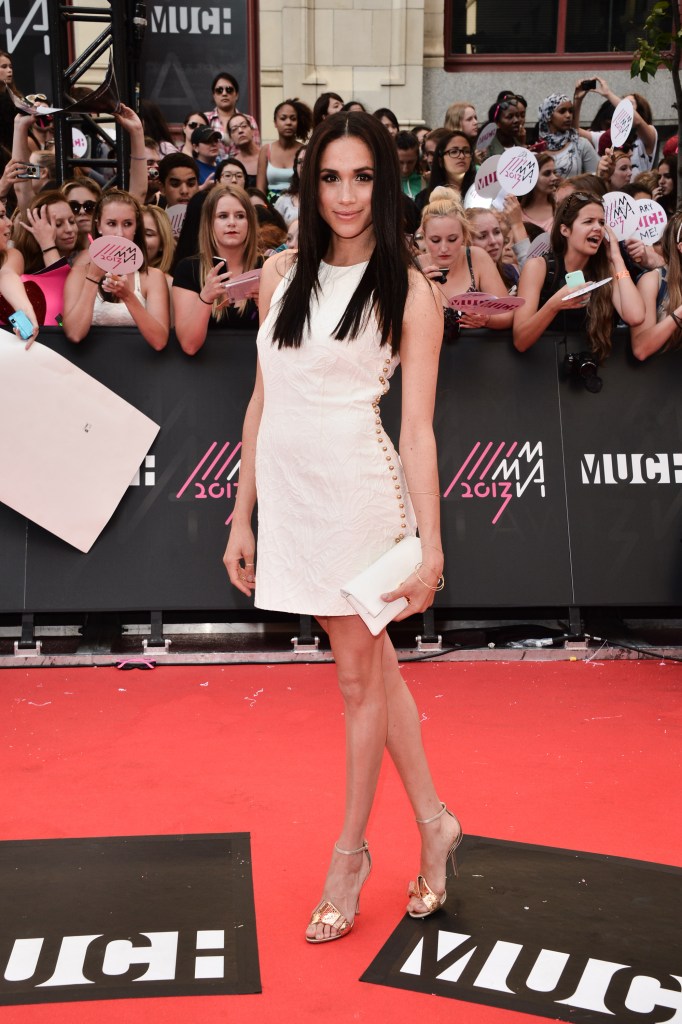 Like sleeveless outfits and showing her shoulders (more on that later), outfits where one’s midriff is showing is almost unheard of in the royal family. Most of their clothes are modest, knee-length with their skin covered up. So the chances that Markle will get a lot of use out of her crop tops and belly-baring outfits, like the ones below, are next to none. 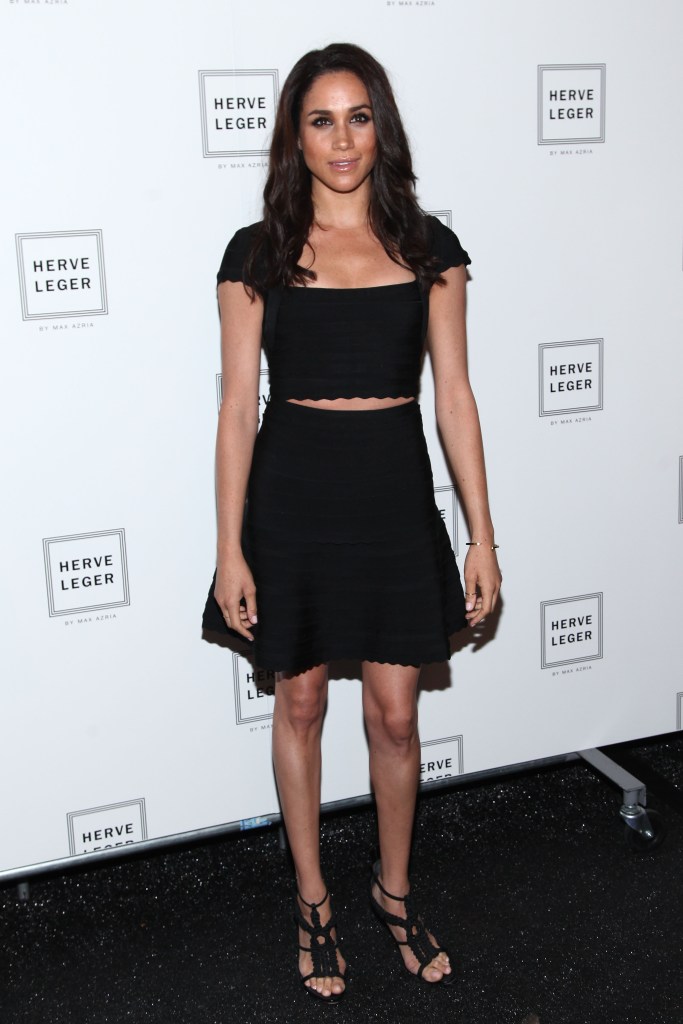 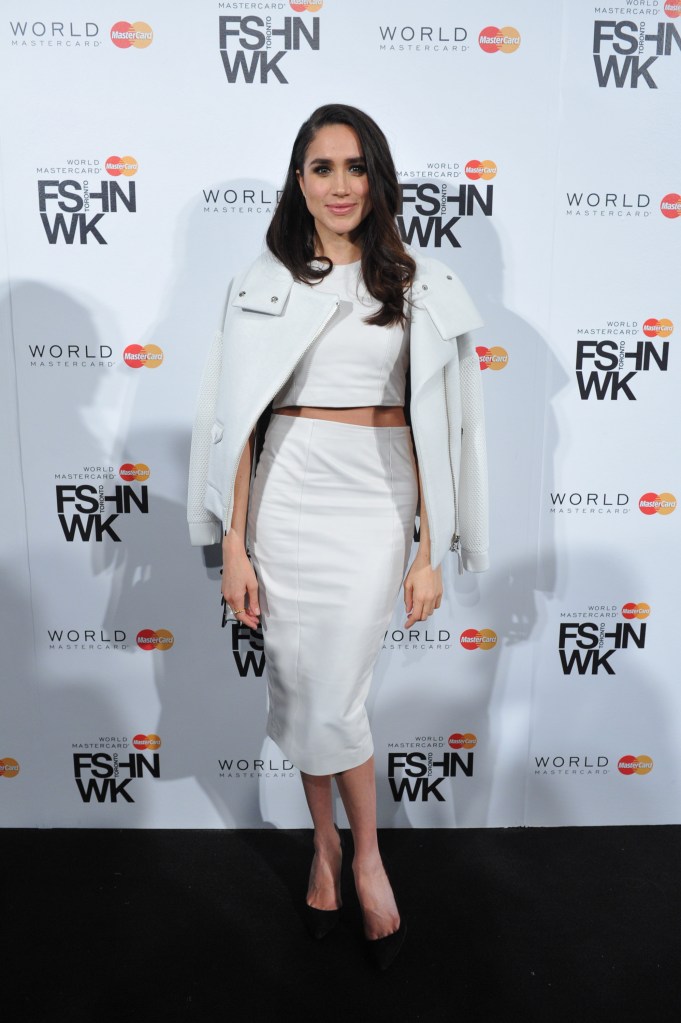 Aside from a recent yellow dress, Markle hasn’t worn many bright colors since becoming a royal, and there’s a reason why. Bright colors are usually reserved for Queen Elizabeth II, who is often seen in coats and dresses in vibrant hues, such as lime green and baby blue. The Queen often wears bright colors to differentiate herself from the public and stand out in a crowd. And though Markle has worn at least one bright-colored outfit since her royal inauguration, don’t expect her to ever wear something bright when she’s out with the Queen. 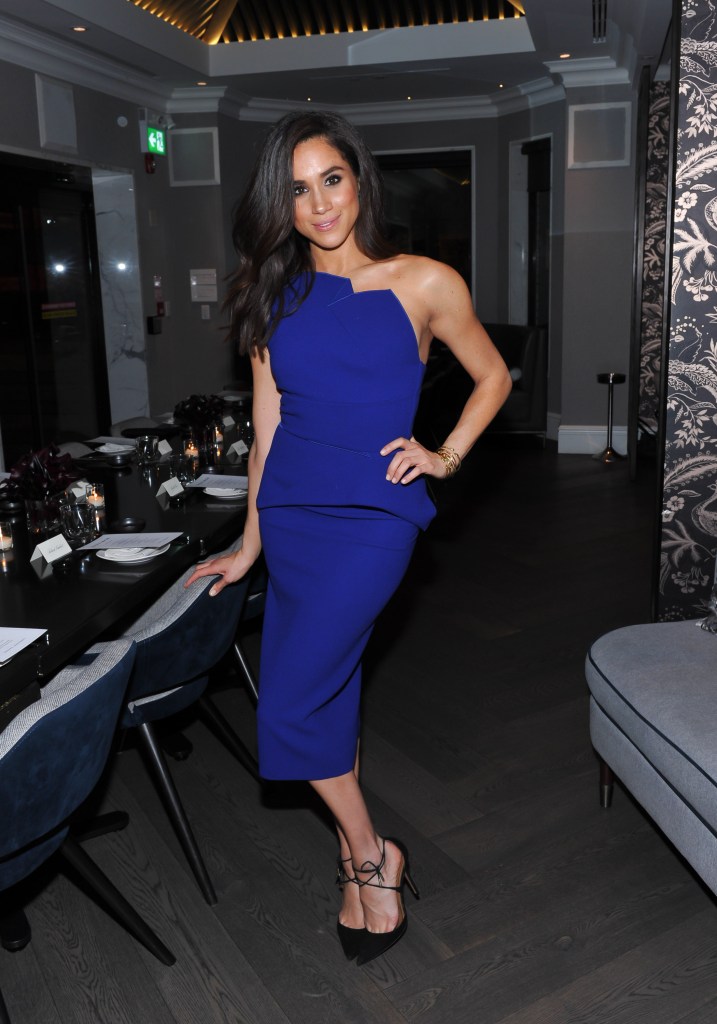 Clothes with Brand Names on Them

The royals are notoriously nonpartisan and are prohibited from voting. This year, at the 2018 BAFTA Awards, Kate Middleton created a stir when she wore green instead of black in support of Time’s Up. Because they are to remain nonpartisan (whether it’s politics or business), you won’t see a royal wearing name brands on their clothes. Likewise, you won’t see the royals participating in sponsored events, such as when Markle played in the DirecTV Beach Bowl, with a DirecTV jersey, in February 2014. 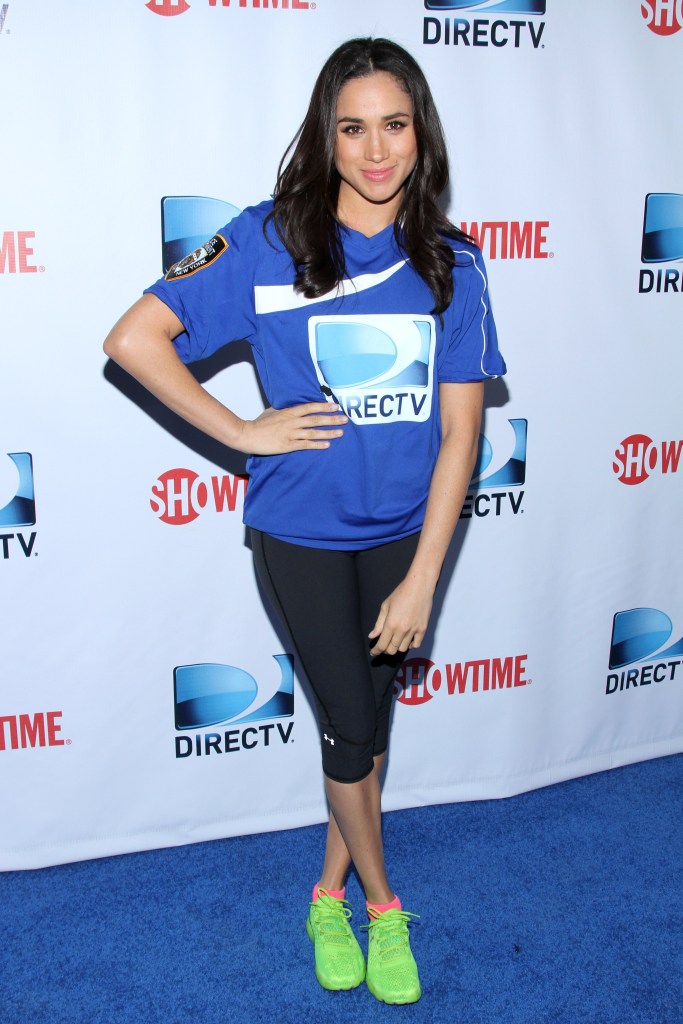 Wearing All-Black, Especially in the Daytime

Though black isn’t prohibited, it isn’t usually worn, especially in the daytime. According to Alexandra Messervy, a royal expert for InStyle, black is usually reserved for funerals, though some royals, such as Princess Diana, have been known to make it nighttime attire.

“Generally it is thought that black is not usually worn unless in mourning, although Diana Princess of Wales did occasionally wear it for evening functions, and The Duchess of Cambridge has been known to do so,” Messervy said.

So far, Markle has worn all-black once for a daytime engagement, which led to some backlash. The word is still out on if she’ll do it again. “I note that there was a bit of an outcry recently when Ms. Markle wore black for a daytime event,” Messervy said. 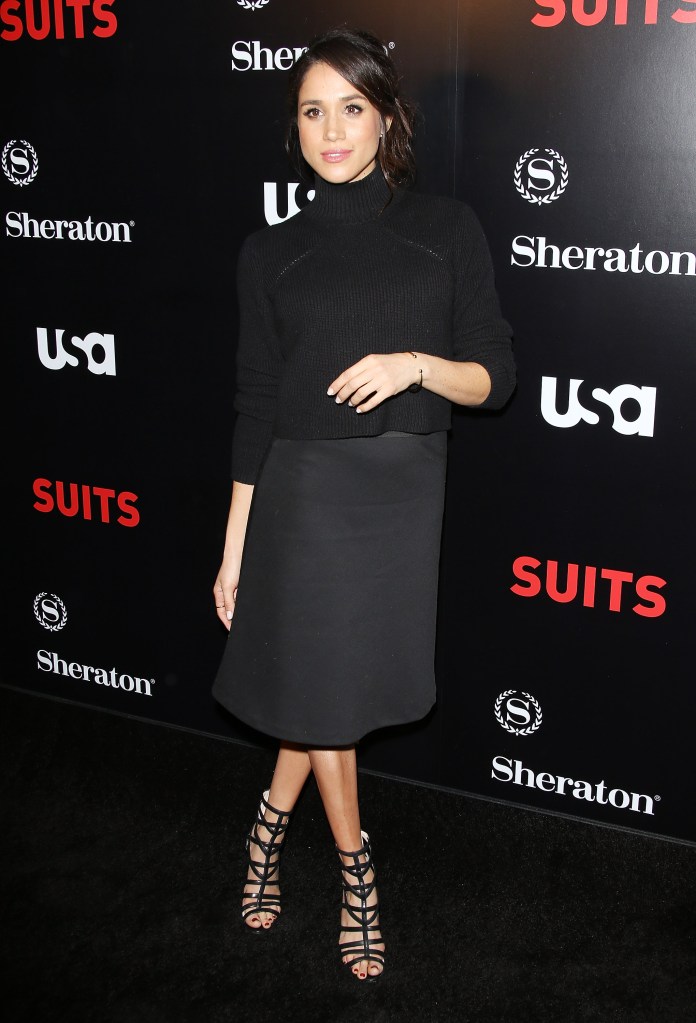 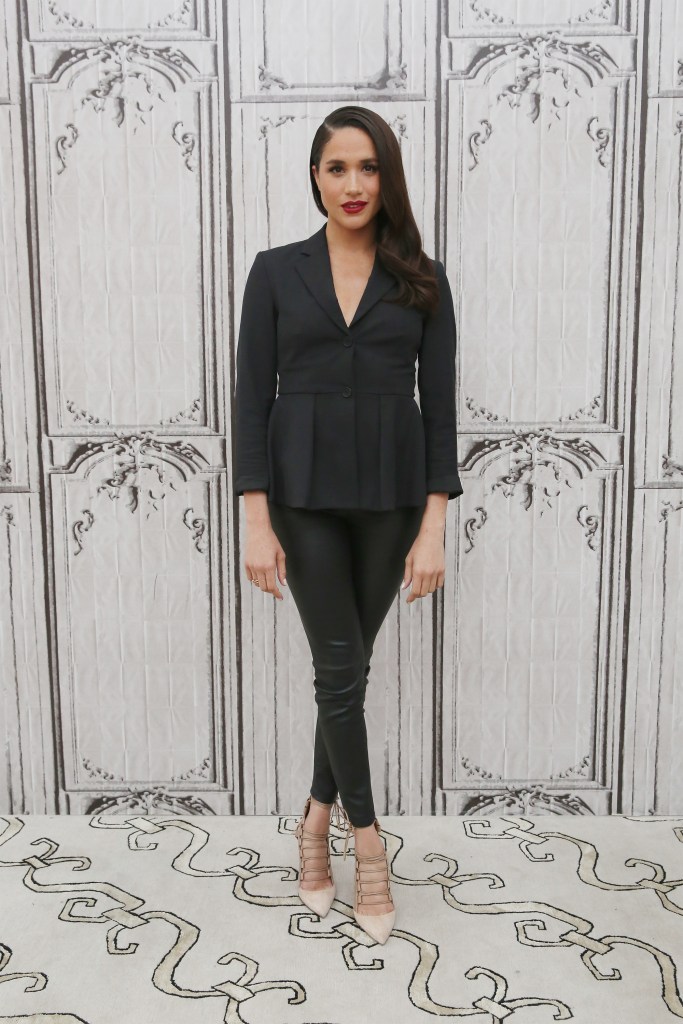 As some might remember, there was a huge bout of shoulder-shaming when Markle wore a shoulders-baring dress for the Queen’s birthday parade in June 2018. Since then, Markle has kept her shoulders covered, though she is known to wear sleeveless outfits from time to time. If she becomes more traditional, expect her to clean out her closet of both looks, as it isn’t known for royals to show so much skin. “They don’t usually wear sleeveless dresses and they usually wear clothes which are not too short in the hemline because of bending down and sitting in public,” Messervy told InStyle. 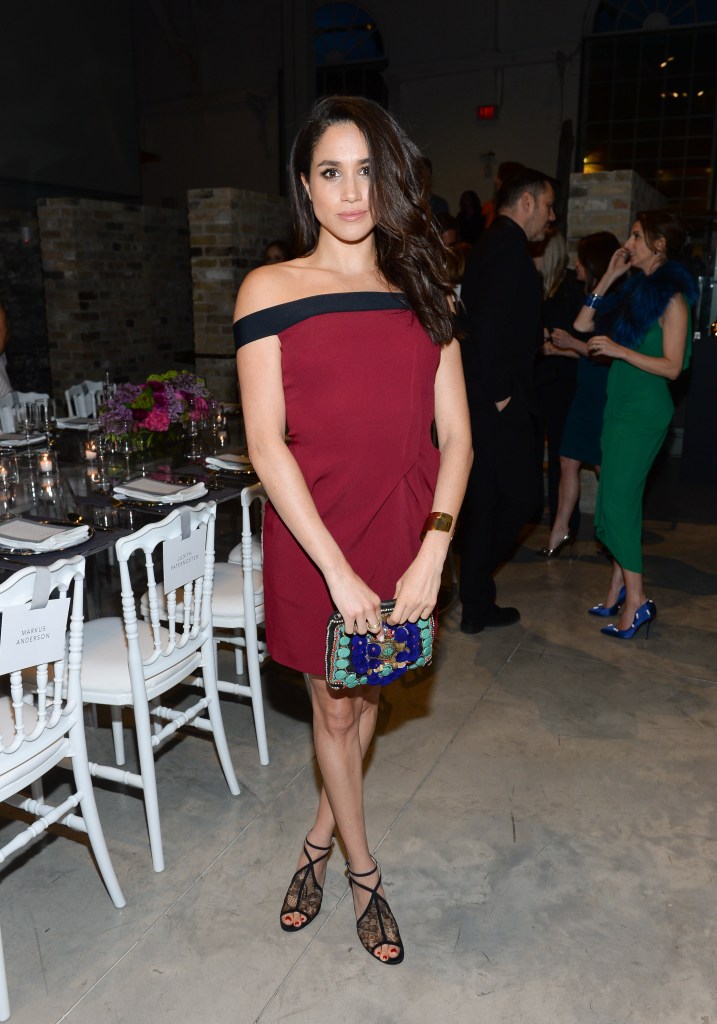 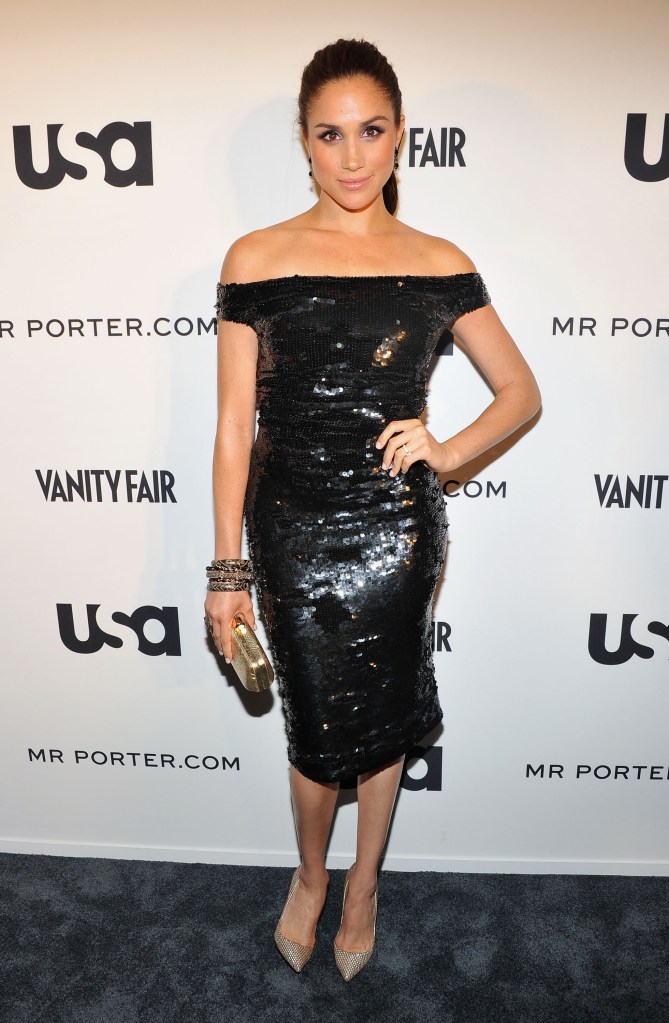