But before we discuss season 2, let’s recap what happened to John B. and the Pogues in season 1: Outer Banks, which premiered on April 15, follows a teenage boy named John Booker Routeledge (John B., for short) and his group of friends called the Pogues in the Outer Banks of North Carolina. Much of the season followed John B. and the Pogues as they investigated the disappearance of John B.’s father, who went missing a year before the events of Outer Banks. Along the way, they also learn that John B.’s dad left him clues to a treasure before his death. The group eventually find the treasure—$400 million in gold bars—but before they can take the money for themselves, John B.’s girlfriend’s father, Ward Cameron, screws him over and takes the money for himself.

In the finale, viewers also learn that Ward killed John B.’s father, which John B. reports to the police. Eventually, Ward tries to flee the Outer Banks in a plane full of gold, but John B. stops him at the airport, where Sheriff Peterkin also comes to arrest Ward for the death of John B.’s dad. To save Ward, his son, Rafe Cameron, shoots Sheriff Peterkin who dies in the hospital. To keep him off his tail, Ward frames John B. for Peterkin’s murder, which leads John B. and his girlfriend, Sarah Cameron, to flee the Outer Banks. In the final moments of the finale, they find themselves on a boat headed to the Bahamas, where the gold was headed on Ward’s plane. 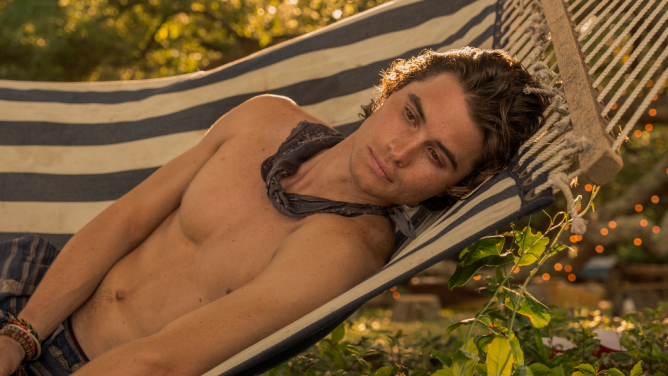 Is there an Outer Banks 2?

TV Line confirmed in July that Outer Banks was renewed by Netflix for a second season. Before the confirmation, fans have also teased that the show has more story to tell. Madelyn Cline, who plays Sarah, told WWD in April: “I think we’ve got some fun things in store for a season two, but I don’t know anything. I’ve just heard of a few things, but I’m going to keep that secret.”

Chase Stokes, who plays John B., also told Entertainment Tonight that there are a lot of questions to be answered if the show has a second season. “Obviously, we have these two kids who have completely uprooted their life in a place they would never imagine stuff would happen, so are they gonna come back? Am I still a felon? Am I a convicted murder?” he said. “It’s beyond the murder at this point. I stole a police car, I assaulted people. I’ve evaded arrest… She’s an accomplice. One charge is one thing but we’re looking at a vast majority of different things that happened over the span of this first season…I mean, I can’t run forever.”

If Outer Banks follows the same timeline as other shows, Netflix should announce a second season for it in May or June 2020.

A release date for Outer Banks season 2 hasn’t been announced yet. But because of the coronavirus pandemic, which has delayed the production of many TV shows, even if a season 2 is announced, don’t expect until 2021 at the earliest. 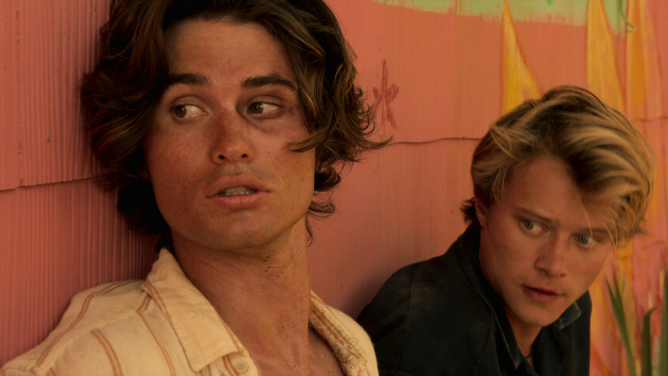 There’s only one cast member we know who won’t return for season 2: Adina Porter, who plays Sheriff Peterkin, who was killed by Rafe in the final episodes. It’s expected that Stokes, Clines and Charles Eston (Ward Cameron) will return, as the cliffhanger sets up a cat-and-mouse chase between the three of them and the $400 million in gold. What’s unclear is the role the Pogues—Kiara (Madison Bailey), Pope (Jonathan Daviss) and JJ (Rudy Pankow)—will have in a second season, as they’re all still in the Outer Banks, while John B. and Sarah are headed to the Bahamas.

What will Outer Banks season 2 be about?

We expect season 2 to pick up where season 1 left off. After John B. and Sarah flee the Outer Banks, they find themselves shipwrecked as they hop on the nearest boat to survive. Coincidentally, that boat is headed the Nassau, Bahamas, where Ward planned to take the $400 million of gold in his plane. We expect a lot of season 2 to be set in the Bahamas, as John B. seeks revenge on Ward for killing his father and the two duke it out for the $400 million prize.