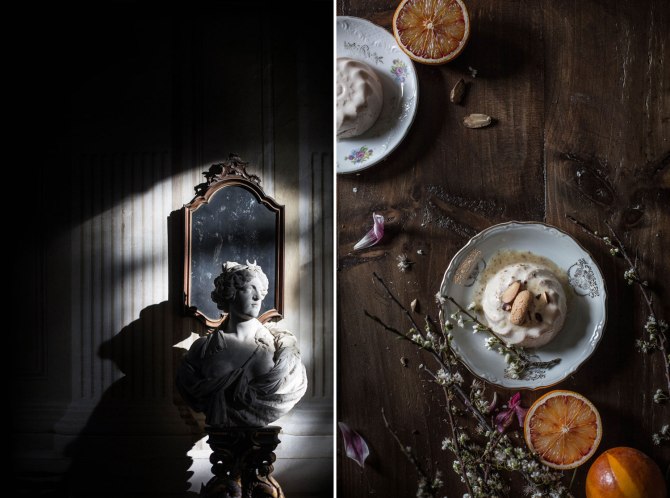 The carriage that would soon have to embark on a journey through the Asian desert, the Caucasian mountains and all the way to Europe was loading its last goods. Spices, teas, silk, and new seeds: Those cold, seemingly endless trips would have borne their fruit, for that precious plethora of merchandise was to be sold as a luxurious wonder to Westerners who had barely been introduced to forks.

I imagined these carriages landing to the port of Venice after months spent on a bitter, dusty road, to receive the glory they finally deserved. Their final destination was still a few kilometers away: Villa Pisani, in the town of Stra, right outside Venice, where one of the most powerful families of the 1700s, traders of citrus fruits, was waiting for their deliverers. 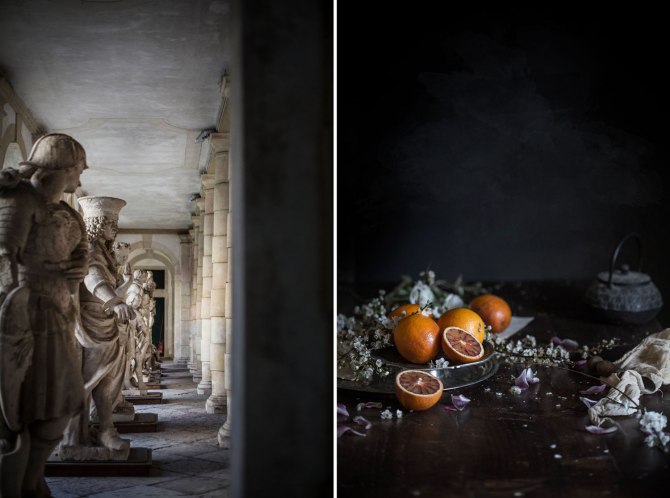 As you enter the massive garden, and move through the majestic porticos to the entrance of the villas, a row of marble statues welcome you to the royal highness of the place. On the opposite side of the villa, a smaller (but still massive) building stares back at you through the lake in the middle: the orangerie.

In a time when citrus fruits were so precious that only the truly noble families could afford to buy any, you can imagine what a high status owning an orangerie—a garden full of citrus trees, conferred them. 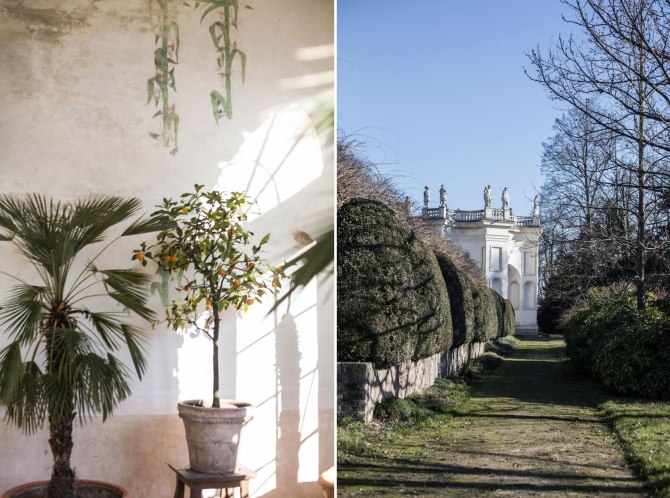 Inside, the villa boasts all the histrionic flair of the Venetian 1700s fashion, its walls studded with art and paintings by prominent Venetian artists. But hints to that partnership with Asia make consistent appearances throughout the building: the walls are painted in Chinese-style floral patterns, silks abound, even some of the furniture recalls the bond with the Far East. 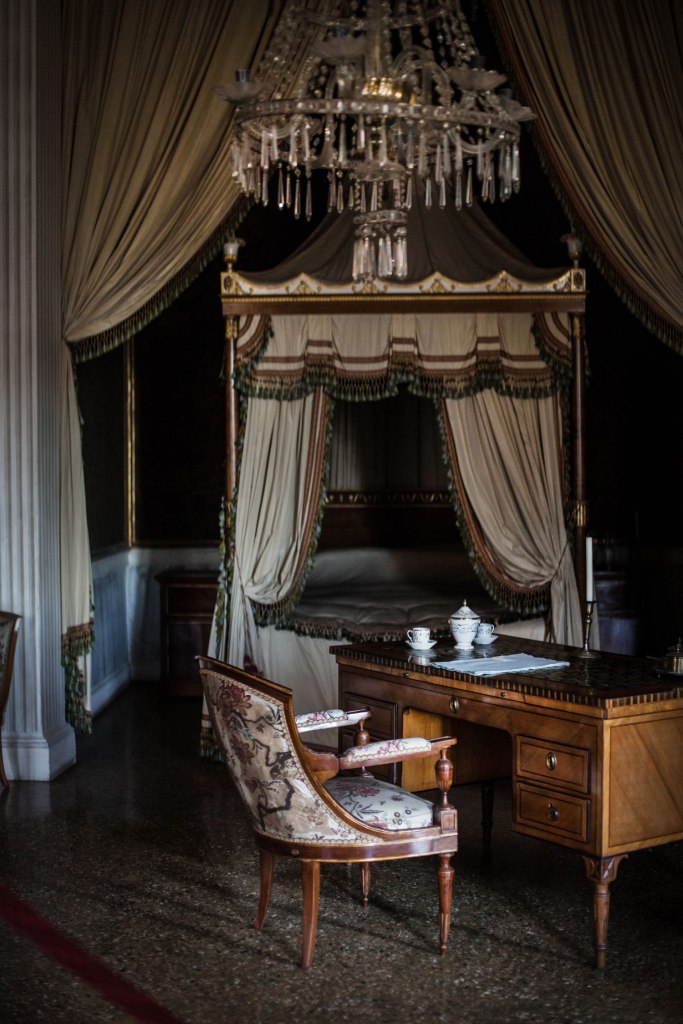 The rooms—168 in total—are named according to their use: There were rooms for music, rooms for women only, rooms for gambling, and rooms for parties, and one of the first, jewel-like bathrooms the West has known.

As I walked through each one of the deserted isles and spaces of one of the most stunning buildings I had ever seen, I imagined all the scenes that could have taken place there: People falling in love, people plotting against each other, people meeting in secret and passing secret messages from one hand to another. A person with half an ounce of imagination could come out of such a place with enough material to write at least a whole book. 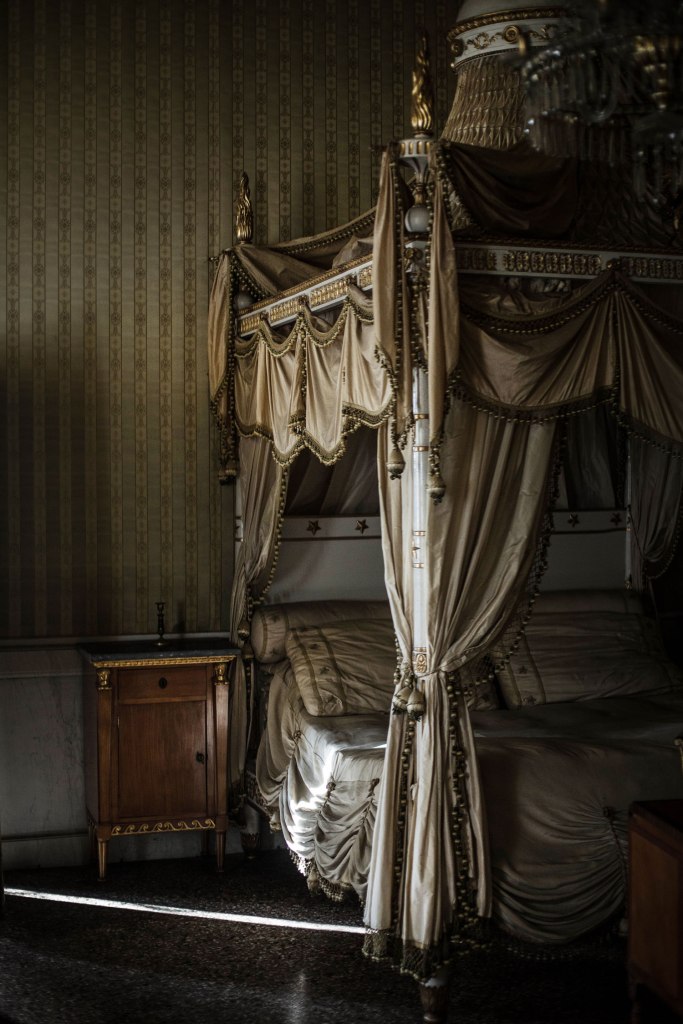 But I, being the person I am, have also imagined their lunches, their dinner parties, and their servants in the kitchen preparing foods that the population could not even imagine, with those exotic ingredients from the other side of the World. I imagined feasts, banquets, towers of fruit and desserts. 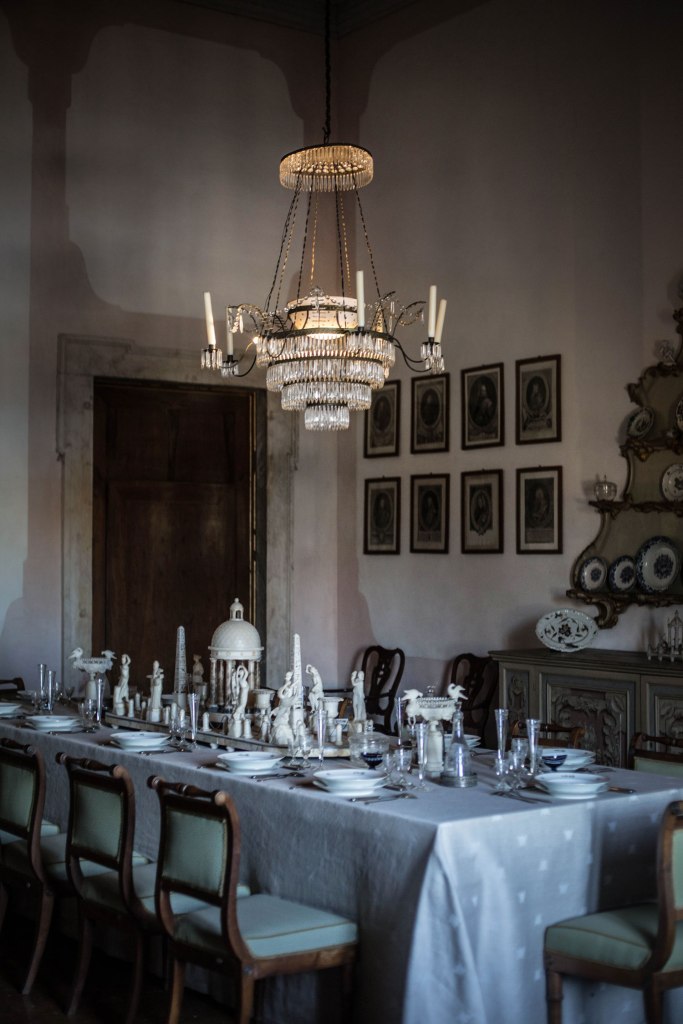 I had a good idea of what recipe I could have made, inspired by the grandness of this place. Yet, there was still an element missing for the perfect result. 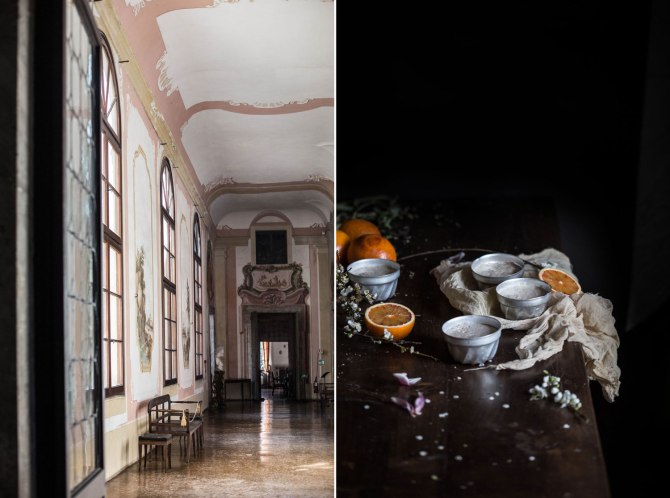 When I came back home, I visited my favorite tea & spice shop. When she saw me, the owner produced a jar amongst the many filled with colorful peppers. “Let me have you try my newest product,” she said, her eyes glowing as she opened the jar.

It was wild Szechuan pepper, all the way from Tibet. The instant I smelled this wild pepper, I knew its lemony scent would belong in the sweet orange-based recipe I had dreamed of in the halls of that villa. 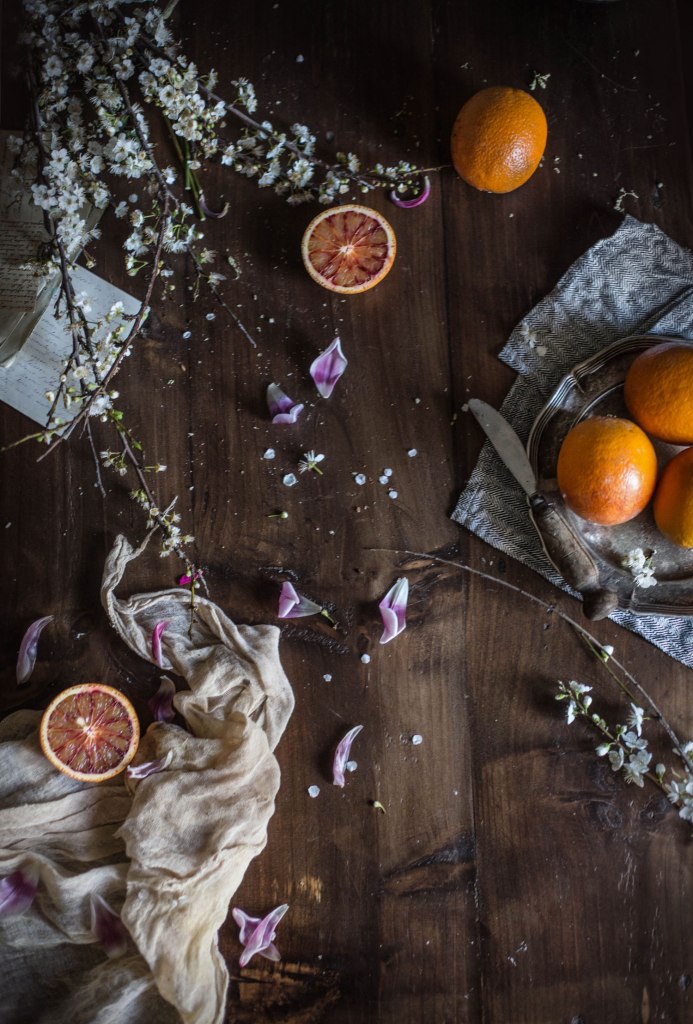 So I went on an imaginary journey to retrace the steps of that carriage from the 1700s. From its land of origin, Tibet, I traced all the flavors that could be encountered on the journey to the West: the sweet blood oranges and bitter almonds that originate in Asia, and on to the Caucasian area, where kefir has seen life for the first time.

Then, the warm spices and scented orange and rose waters of the Middle East would make their appearance, and move all the way to Sicily, where the trip would come full circle and blood oranges and almonds would find another birthplace of their own. 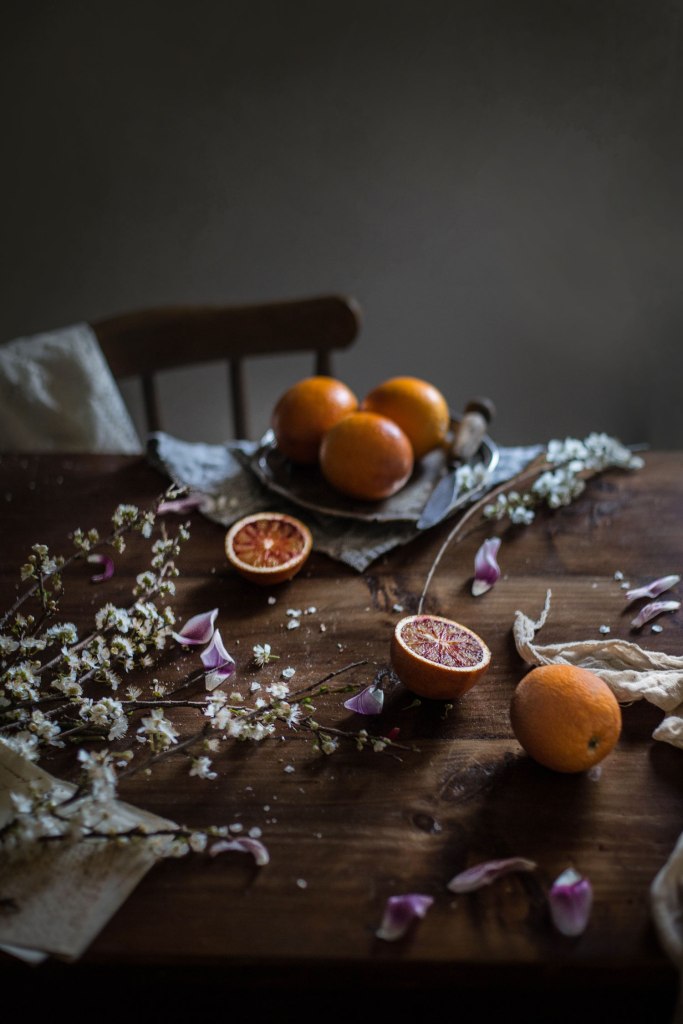 The result is a refreshing, panna cotta–like “budino,” an Italian dessert very similar to pudding, but not quite. Unlike panna cotta, which is cooked and is entirely based on whipping cream, a “budino” can be a cold preparation made into a panna cotta–like consistency by using gelatin. As always, I am using agar-agar as my gelling agent of choice. 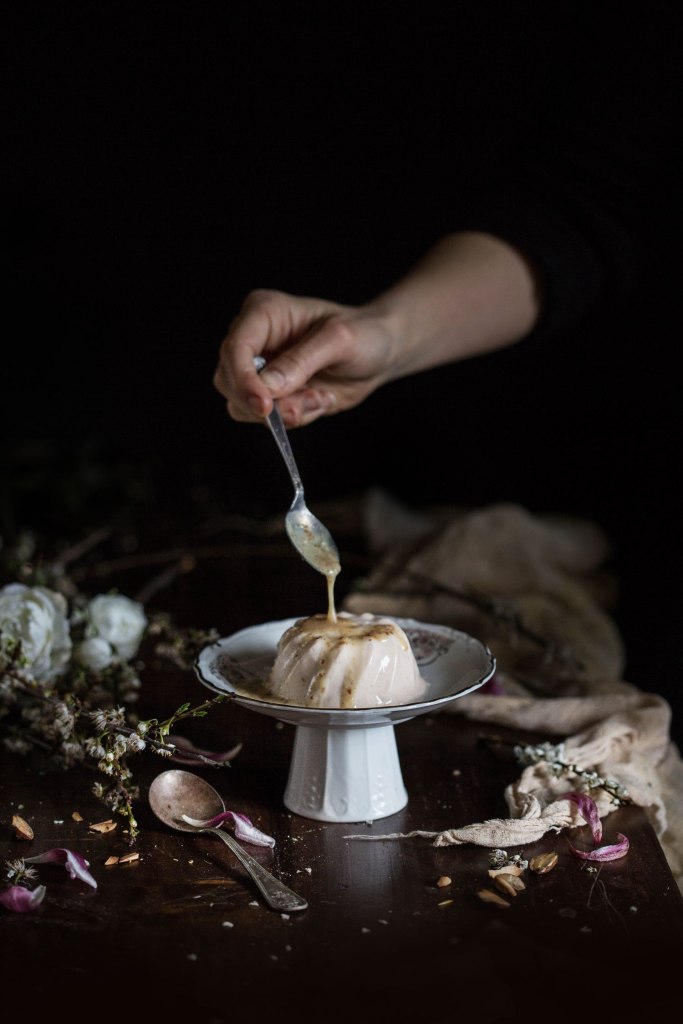 Because I am working on a sugar-free project with Riccardo, I decided not to use any additional sugar, and I love it this way. But, should you want more of a traditional dessert, I’ve added an option in the recipe for that too.
Though it may seem like too much of a drift from the original recipe, a vegan version can be made and is equally delicious—see the note in the recipe. 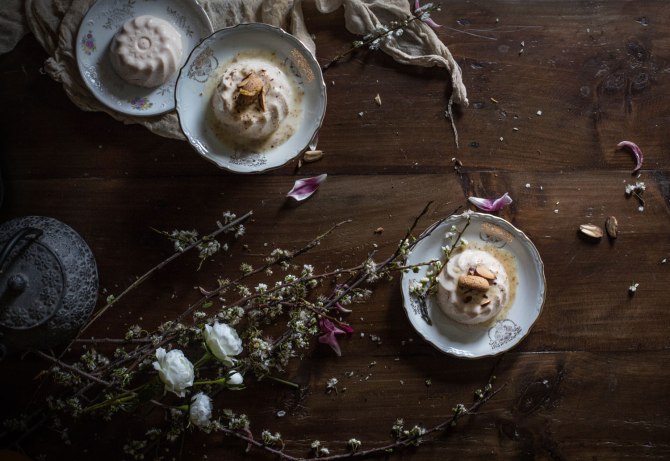 For the Budino (see note to make this vegan below)

*About the yogurt: Many kinds of vanilla yogurt are stuffed with corn syrup, refined sugars, and chemicals of all kinds. Choose organic yogurt (I stand firm on this point) and read the label. It should contain real vanilla and be sweetened with organic brown sugar. 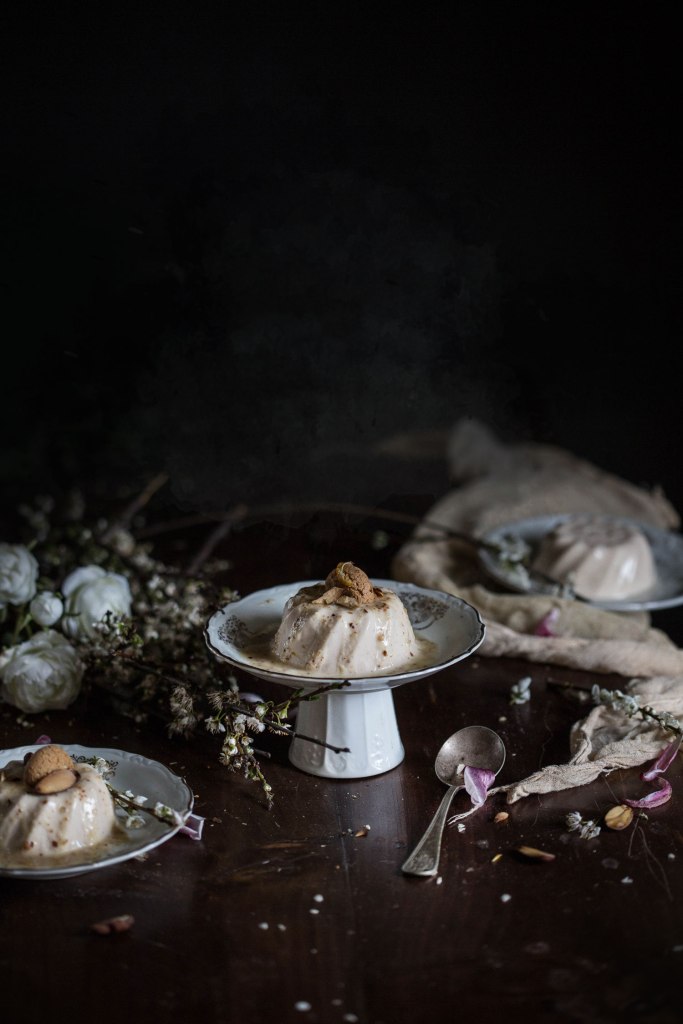 Make it vegan: This pudding is also delicious in a vegan version. Use vanilla soy yogurt instead of regular yogurt, and substitute the kefir with coconut milk. If you want to add sweetener, use regular brown sugar instead of the honey. As for the white chocolate, there are many kinds of vegan white chocolate available, often from health-food stores. As for the amaretti, skip them, but add a little bitter almond extract to the chocolate.

A note about the agar-agar: I have to be honest here and say that the texture is considerably better with regular gelatin, if you have no problem with that. Agar gives the puddings more of a jelly-like consistency, and the puddings will release a little water— nothing to worry about, just discard it.
Other options for thickening would be kudzu starch (which is about $10 for a 2-ounce packet here alright). If you have any other smart method to go about this, let me know.

Have you ever used pepper in a sweet preparation? And what do you think of these villas? If you do have a chance, do visit. It is a sight worth the extra trip. 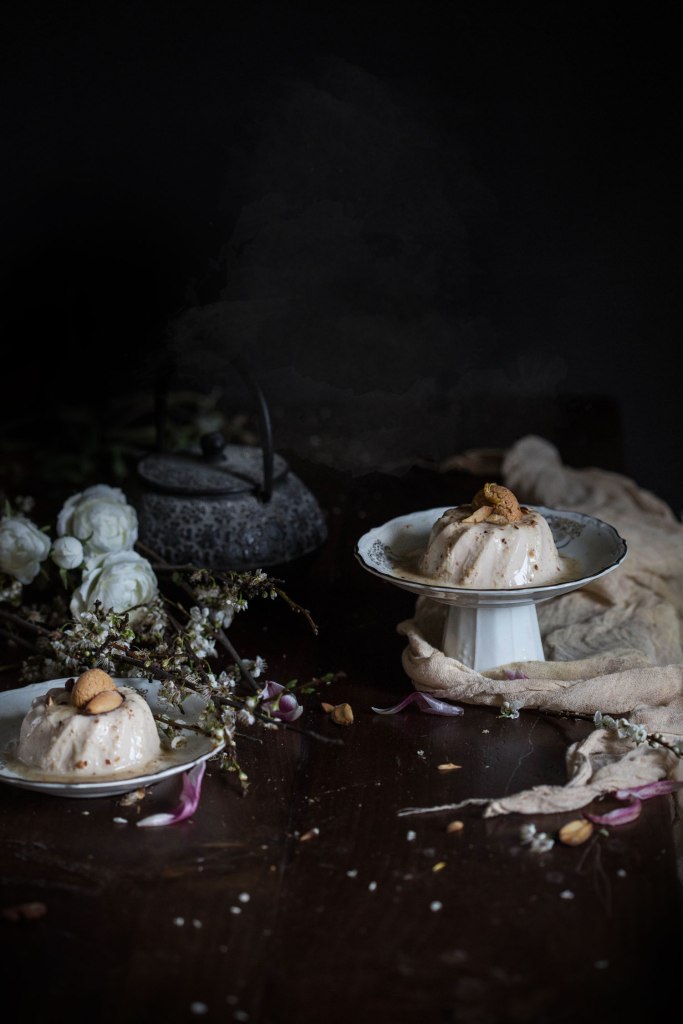 Valentina is a 25-year-old Italian ex-graphic designer who, like many designers, got seduced by food photography. She runs hortuscuisine.com, a blog where she shares Italian natural, vegetarian recipes from the Italian countryside. She loves green tea, hates cilantro, and considers handmade pasta a form of art. Follow along on Instagram @HortusCuisine.