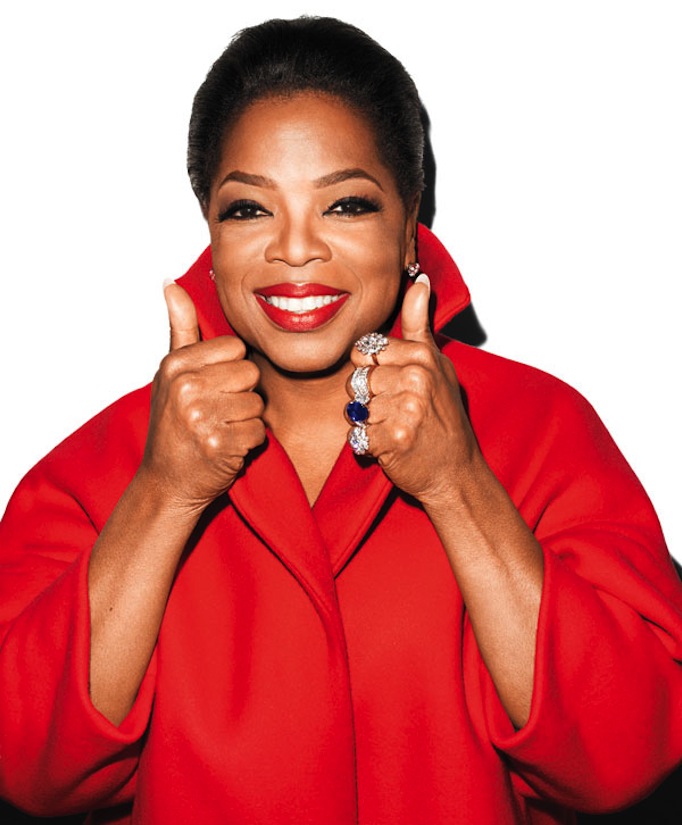 Terry Richardson strikes again. The infamous hipster photographer snapped Oprah Winfrey for the November issue of Harper’s Bazaar, in which the queen of talk sported a red Jil Sander coat, a trim white Escada suit, and lots of Cartier and Harry Winston diamonds.

While Oprah spills on everything from her choice to move on from her beloved talk show, to her still-crazy schedule  – she rises at dawn to meditate, for starters — we were especially taken with her unexpected choice of reading material. The 58-year-old admitted she’s downloaded 50 Shades of Grey – all of them. “Oh, I’ve got all the Shades, for the time I can take some guilty pleasure and just read,” Oprah said, adding: “But I’m thinking, stop with the story, get to the juicy part!”

Now that we can relate to.

To read Oprah’s interview in its entirety, check out HarpersBazaar.com. Photo via Harper’s Bazaar.