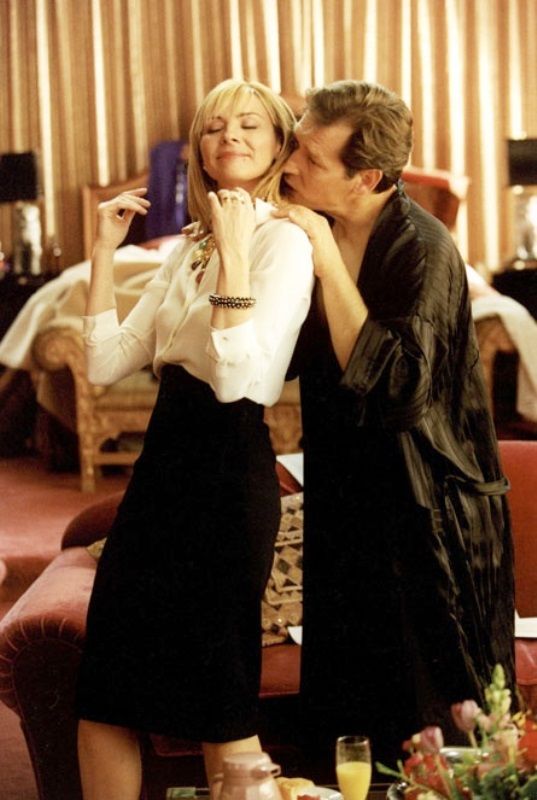 On ‘Sex and the City,’ Samantha claimed not to care if Richard needed to sleep around…but cared when he did.

Your partner wants an open relationship, but is it the solution to an unfulfilling union, or is it just “honest cheating?”

Many agree that one of the worst things about infidelity is the betrayal that occurs. But is it really cheating when it’s consensual? “Open relationships” are usually defined as a relationship in which two parties agree that each or both partners can pursue sexual relationships outside of the committed relationship.

And since both partners are aware, an open relationship is not usually labeled as cheating.

Couples may decide on an open relationship to avoid the pitfalls of a split or divorce, to keep the family together, or for financial reasons, says psychotherapist Dr. Karen Ruskin. “Also, it is a common scenario within open relationships that one of the members is in love with someone else but communicates to their significant other that they still love them and don’t want the relationship to end.”

On the other hand, there are couples that love one another, but perhaps have stopped lusting for one another. Meanwhile, they still want the best for each other [sexually] while still sharing daily life together, adds individual and couples therapist Sari Cooper.

But is an open relationship a better solution than divorce or breaking up? Many experts agree that making non-monogamy agreements are not for the faint of heart, and should often be a last resort to solving any relationship problem.

“Open relationships require a lot of honesty and self-reflection since [they] inevitably bring up jealousy in most participants,” says Cooper. “For some couples, [an open relationships] works for them to grow as individuals and as a couple, while for others, it can spell emotional disaster.”

While she doesn’t promote open relationships, Ruskin says couples who decide to be non-monogamous have to agree when, where and whom the other is with, or agree not to ask. “The key guideline is both partners must decide what they each feel is comfortable, and whatever rule is made needs to be followed.”

Going outside these agreed-upon boundaries could be considered cheating.

Dr. Susan Krauss Whitbourne, a psychology professor at the University of Massachusetts, published an article called “Fulfillment at Any Age” on this very subject in Psychology Today. “Trust is the number one element involved in successful relationships of any kind,” she wrote. “Similarly, communication is an essential factor in making sure that all involved are aware of how each person in the relationship is feeling.”

So what do you do if your partner tells you they want an “open relationship”?

First, find out what’s behind the request, and whether your partner has needs that you’re not — but could be — fulfilling, says Whitbourne.

Ruskin adds that you should not agree to this request if your philosophical belief system and core values are one in which believes in monogamy.

And don’t fall for the “it’s not you, it’s me,” excuse. As Ruskin says, “Know that it is in your control to choose to be with a partner who has the same relationship philosophy as you.”

More From Fox News Magazine:
WATCH: Millionaire Matchmaker Patti Stanger’s Secrets on Weeding Out Losers
Can You Tell the Difference Between Lust and Love?
WATCH: The Property Brothers on Dating an Identical Twin