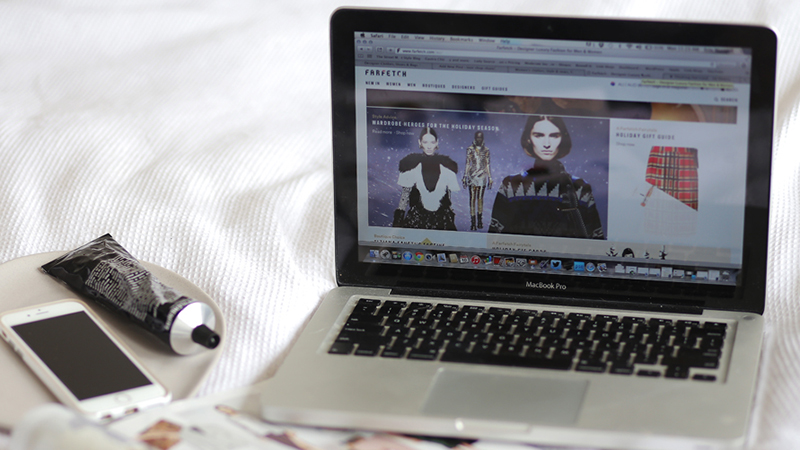 Emily, a 26-year-old New York City-based public relations executive gets home from work most nights around 8 p.m. Her routine consists of making dinner, throwing on the TV, then spends at least three to four hours online shopping (part browsing, part buying, and a lot of time spent on Etsy).

It’s a seemingly innocuous habit—what’s the harm in shopping online once in a while, right?—but it’s become such a severe problem for Emily (whose name has been changed for this story) that she admits she’s in over her head in credit card debt, and has a P.O. Box to hide her purchases from her live-in boyfriend.

Being addicted to shopping is something that’s often mocked in the media and in movies—in “Confessions of a Shopaholic,” having a shopping problem led Isla Fisher’s character to marry a millionaire in the end, and when author Buzz Bissinger detailed his addiction in GQ readers were mostly left with a sense of awe at how much Gucci he’d managed to acquire—but experts on the topic attest that at its worst, being a compulsive shopper is similar to having a drug or alcohol problem.

An article published in the American Journal on Addictions in 2013 estimates that nearly seven percent of Americans are compulsive buyers—that’s roughly 20 million people—with the real number probably much higher, according to experts.

And, because of the rise of online shopping, the problem has only intensified for certain people, thanks to the relatively new ability to shop 24 hours a day, seven days a week.

While personal stories vary vastly, one common thread is that there’s more to this problem than simply liking to shop. Consumer psychologist Kit Yarrow, author of Decoding the New Consumer Mind, detailed a woman named Janine in her book, who used online shopping as an unhealthy stress reliever.

“Janine isn’t just shopping for jeans. Like many consumers, she’s shopping for a sense of control, a distraction from anxiety, and a feeling of mastery and competence.” Janine, Yarrow found, turned to online shopping the most after a hard day at work.

Blogger Kate Abbott detailed her online shopping addiction on The Billfold, sharing: “I don’t want to see the UPS guy more regularly than my friends; I don’t want to have to deal with more cardboard boxes, more returns to brick-and-mortar stores, and most importantly, I don’t want to feel that sick guilt when I have received more stuff that I know I don’t need.” Abbott finally got help, she revealed, when she realized her problem was eating into her family’s savings.

Terrence Shulman, founder of The Shulman Center for Compulsive Theft, Spending and Hoarding and author of “Bought Out and $pent! Recovery from Compulsive $hopping and $pending,” counsels people like Abbott who struggle with retail addiction.

“The Internet is a wonderful thing, but it can be like crack cocaine for people with an addictive personality,” he told us. “Video games, pornography, shopping, there’s an immediacy to the Internet that can be a slippery slope.”

So, how exactly does a full-blown shopping addiction start? “Shopaholics take a relatively pleasurable activity—like with eating or drinking—they get too much of a high from it,” said Shulman. Then they constantly want to replicate that euphoric feeling over and over again.

There are some key differences, according to Shulman, on what leads a person to be addicted to shopping in retail stores versus the person addicted to online shopping. The brick-and-mortar compulsive shopper “tends to have a relationship with salespeople, likes the tactile nature of the experience, the smell of it,” according to Shulman. The compulsive online shopper meanwhile “is very detached, and often likes the experience of rapidly clicking through sites like Gilt, Rue La, La, and eBay to find the best deals. That’s the adrenaline rush for them.”

Some signs, according to Shulman, that online shopping has become more than just a slightly bad habit? Huge amounts of lost time browsing online is one. “For some people with this problem, before they know it, five hours have passed,” he says.

Feeling the need to keep the issue a secret is another sign. “There’s usually an element of secrecy” involved when someone is addicted to online shopping. For instance, using a public computer to hide the amount of time spent online shopping from a significant other.

As for what people like Emily can do when they realize they have a problem that won’t just resolve itself, Shulman suggests spending time figuring out what’s truly at the root of the problem. “Shopaholics really benefit from an education, and learning what’s leading to this behavior,” Shulman said. “Cutting up your credit cards isn’t going to do it.”

Looking into therapy or support groups is a good place to start, and Shulman also stresses the importance of educating families on the issue to really get it under control. Unlike alcoholics, who can quit drinking alcohol altogether, recovering from being a shopaholic means “developing a healthy and balanced relationship with shopping, and creating limits,” he says.