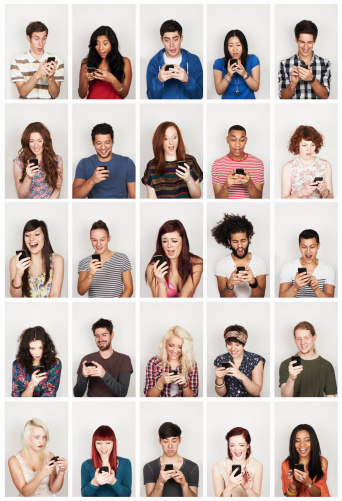 Usually, a blurry or missing profile picture is a major red flag on an online dating site, right? But on one new dating app, it’s the entire point: the new app, called Twine, blurs out its users faces on purpose so they can decide if they like someone based solely off of their personality—not their looks.

MORE: What To Wear On a First Date and Why It Matters

The app connects you with up to four matches per day based on your proximity and shared interests, which are pulled from users’ Facebook profiles. Because the faces are blurry—and there aren’t hundreds of options to check out—users are more likely to zero in on individual conversations and, in theory, are more likely to find meaningful connections, says Twine founder Rohit Singal.

MORE: 12 First Date Do’s and Don’ts Every Girl Should Know

And the founders seem to be onto something: although it launched less than two months ago, more than 110,000 people have already signed up.

Head over to Women’s Health to read more about this fascinating new approach to online dating!

More from Women’s Health:
How to Make An Awesome Online Dating Profile
I Met My Fiancé on Twitter
The First Thing a Guy Notices About You