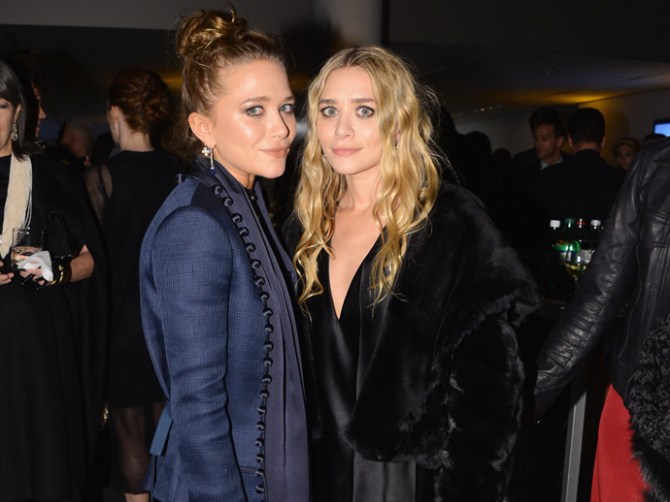 Mary-Kate and Ashley Olsen are already billionaires thanks to a fashion empire that includes high-end designer brand The Row, contemporary label Elizabeth & James, and the affordable Olsenboye. In 2012, they even beat out Marc Jacobs and Proenza Schouler for the CFDA’s prestigious Womenswear Designer of the Year award.

Apparently though, they have their sights aimed even higher: The famous twins have just bought a minority stake in e-commerce company BeachMint based in Los Angeles. The business has six different off-shoots: StyleMint—which the sisters helped found and have designed for—JewelMint, ShoeMint, IntiMint, BeautyMint, and HomeMint.

Not only did the  invest in the company, but they’ll also serve as co-chairs of the BeachMint advisory board and will take on a consulting role across the company’s verticals, reportedly advising on key business, merchandise, and design areas, according to the company.

“In our expanded roles as co-chairs of the advisory board, Ashley and I will work closely with BeachMint’s management team in this strategic phase of growth to establish the Mint brands as the leading online destination for all things fashion” Mary-Kate said in a statement.

Ever the savvy business women, this is what the Olsen’s are buying into: Launched in October 2010 by MySpace co-founder Josh Berman and Diego Berdakin, BeachMint lets customers subscribe to affordable products hand-picked by celebrities each month including Kate Bosworth and Rachel Bilson. The company has raised $75 million in funding since its inception.

Still, things haven’t been entirely rosy for the startup—in the last year the company has lost some key executives including its CFO. When a company plays a game of musical executives, it can only mean one of two things—it’s either seriously troubled, or in the midst of re-strategizing. With the Olsen’s new role, signs point to the latter.

Mary-Kate told Vogue in 2011 of what has made her and her sister so successful: “The thing about us is we think big. Huge.” Something tells us that the Olsen’s are just getting started when it comes to investing in fashion brands.