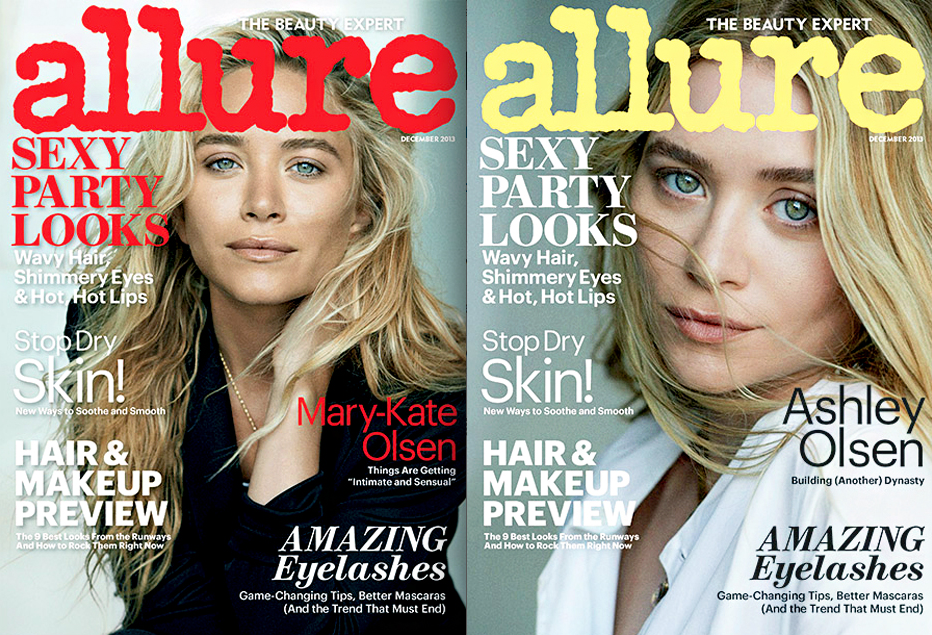 In the issue, the sisters discuss everything from their childhood in the spotlight to what it’s like to run a business—or, in their case, multiple ones: The Row, Elizabeth and James, a stake in BeachMint, and, recently, their first adult fragrance—in the world of fashion. “[Strangers assume we] had enough money to just do nothing, or [they ask] why would we go to college? And it’s such an uneducated perspective,” Mary-Kate says in the cover story. “You still have to grow within a business. You have to take a chance.”

“[We still get the question of] ‘How involved are you?’ It’s not like you wake up one day and have a huge company with four or five different companies within the companies,” Ashley goes on.While we can’t say that we exactly feel bad for the Olsens–their fame and success isn’t exactly something worth pitying–we do concur that they’re under a particular amount of scrutiny from crossing over  from the world of primetime television to that of fashion design. But what’s most important here is these covers; in a world of largely underwhelming winter issues, Allure killed it; the only remaining question is which one is better. Vote below, then head over to Allure.com to read more snippets from the interview!