If you’ve been following the messy saga of this divorce, then you better prepare for things to get even messier as soon as you hear this: Apparently, Olivier Sarkozy moved his ex-wife home amid Mary-Kate Olsen’s divorce filings. And by home, we mean the $5 million Hamptons mansion that Olivier, 51, shared with Mary-Kate, 33. But she’s not sharing it anymore: While the actress was recently in the middle of a tense bid to avoid getting kicked out of their Manhattan apartment, Olivier invited his ex to stay at his suburban getaway instead. Yikes.

In early May, the former Full House star was reportedly “petrified” of the French banker’s decision to cancel the lease on their Gramercy Park apartment without her knowledge. At the time, Mary-Kate filed an emergency divorce petition, but it ultimately got blocked as New York City courts remained closed amid ongoing social distancing orders. While the actress was able to refile for divorce once courts reopened on May 25, that didn’t make the process any less “nasty“—and it looks like Olivier’s ex might have a little something to do with that.

An author and mother to Olivier’s first children, Charlotte Bernard moved into the banker’s Hamptons mansion at his request in April. He was reportedly “concerned for the safety of his family,” and “insisted to Mary-Kate that he wanted to bring his ex-wife, their kids and his mother from the city, to their Bridgehampton home,” a source told Page Six. 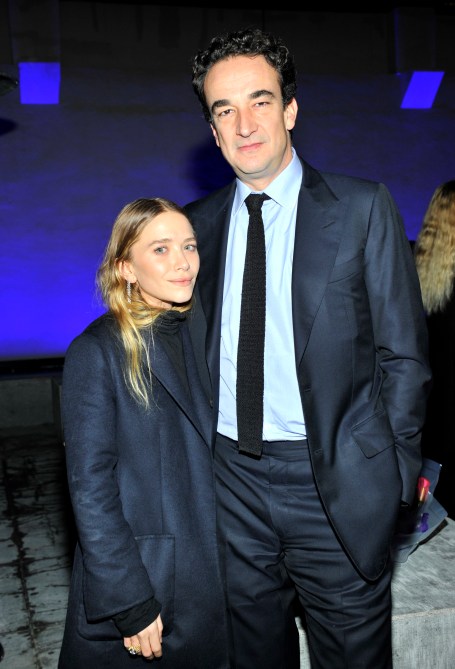 It seems the request might have been the last straw for their relationship. While Mary-Kate “loves his children,” explains a Page Six source, “it was too much to have his ex-wife living with them” during this crisis.

A second source added, however, that “it was not uncommon for Charlotte to be around and stay in a separate bedroom in the Hamptons on holidays or birthdays. They have two kids and have always put them first. In their French way, family comes first, even with a divorce. Charlotte was even at Olivier’s wedding to Mary-Kate.” Now, we’re not so sure that was a good thing.