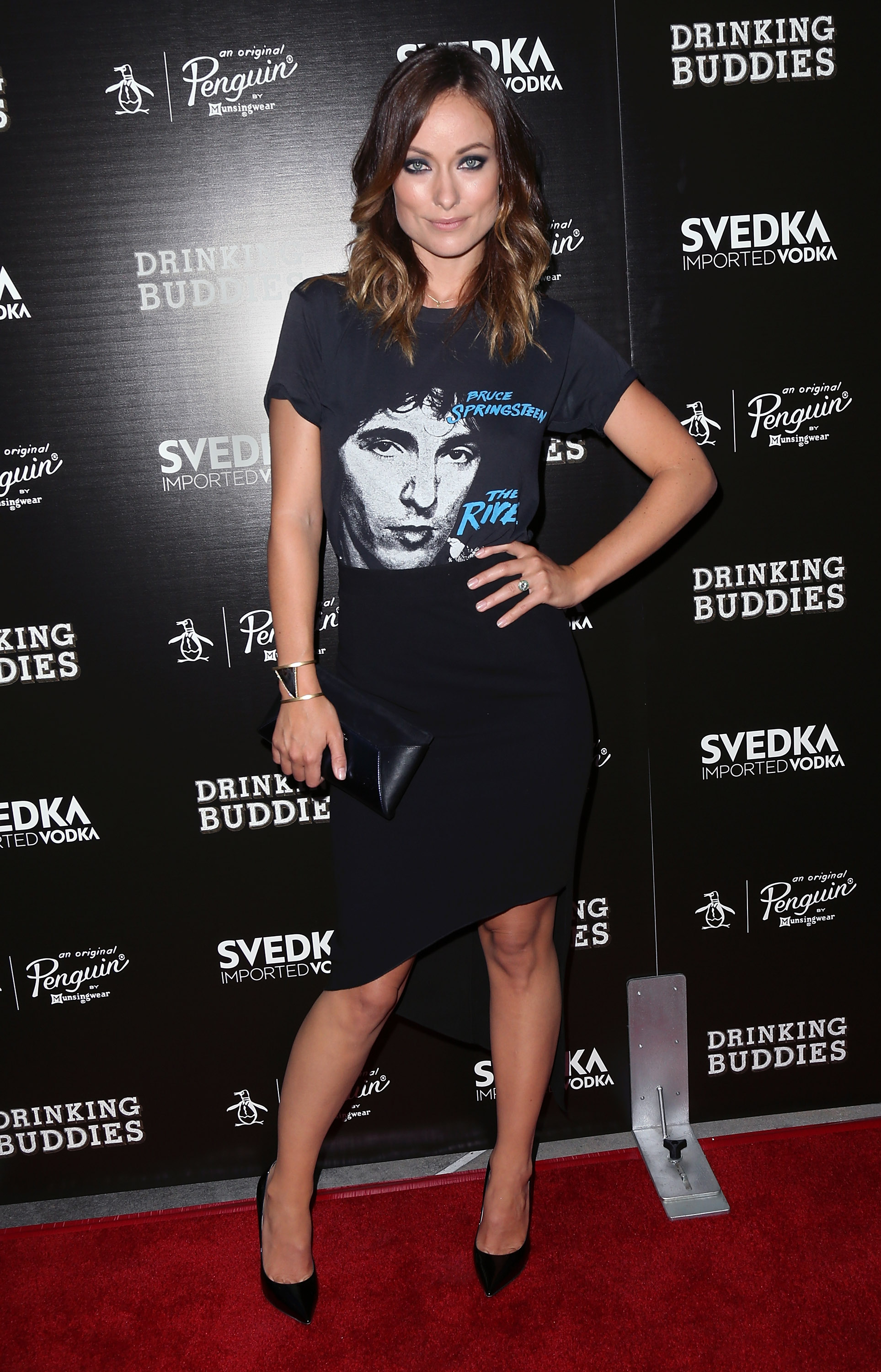 There’s nothing we love more than a celebrity who takes risks on the red carpet, but sometimes we’re left scratching our heads after seeing what they come up with. Last night, Olivia Wilde attended a screening of her new flick “Drinking Buddies” in L.A., clad in a fitted pencil skirt, black stilettos, a Cresta Bledsoe cuff, and a Bruce Springsteen T-shirt.

Wilde is generally known for wearing glamorous gowns from the likes of Marchesa, so we’re a bit perplexed by her ensemble. Yes, it was only a screening and not a major premiere—but she definitely could have stepped it up. That’s not to say we don’t love The Boss (who doesn’t?!), but a band T-shirt is generally more appropriate to sleep in or wear around the house. Not so much for the red carpet.

That said, if anyone could pull this look off, it’s her. After all, she did play Alex, the gorgeous bisexual manager of The Bait Shop—Orange County’s leading music venue—on “The O.C.,” so she has plenty of experience with the rocker chic persona.

What do you think of Olivia Wilde’s choice—was it cute, or way too casual?