Rumors have been swirling for months about whether Olivia Wilde cheated on Jason Sudeikis with Harry Styles. The pair have been romantically linked since January 2021 when they were spotted holding hands at a wedding, following Liv’s breakup from her fiancé and partner for seven years, Ted Lasso creator and star Jason, in November 2020. The exact timeline, though, is hotly debated. So did Olivia Wilde cheat on Jason Sudeikis with Harry Styles? In a cover story for Vanity Fair’s October 2022 issue, she sets the record straight.

Did Olivia Wilde cheat on Jason Sudeikis with Harry Styles?

The idea that she left Jason for Harry is “complete horseshit,” Olivia told Vanity Fair in the October 2022 issue. “Our relationship was over long before I met Harry. Like any relationship that ends, it didn’t end overnight. Unfortunately, Jason and I had a very bumpy road, and we officially dissolved the relationship towards the beginning of the pandemic. We were raising two kids during lockdown, so we co-parented through that time. Once it became clear that cohabitating was no longer beneficial for the children, it became the responsible thing to NOT, because we could be better parents as friends who lived in different houses.”

RELATED: Here’s everything you need to know about the Olivia Wilde-Florence Peugh feud

Some sources have countered Olivia’s version of the story, with some insiders saying Liv and Harry started an affair shortly after he joined the cast of Don’t Worry Darling back in September 2020, the film Olivia directed. According to sources, their canoodling on-set made cast members, including Florence Pugh, “uncomfortable”, particularly because Jason and their kids would visit the set from time to time. It’s the reason, some sources say, for Florence and Olivia not getting along, with continuous speculation there’s a rift between the two A-listers. “I can tell you for a fact that Flo seeing Olivia and Harry all over each other on set did not go down well as Olivia was still with Jason when she first hooked up with Harry,” one nameless insider told Page Six. Another said: “Jason and the kids visited Olivia on set at the beginning a few times, so I think this all made people feel a little uncomfortable.” 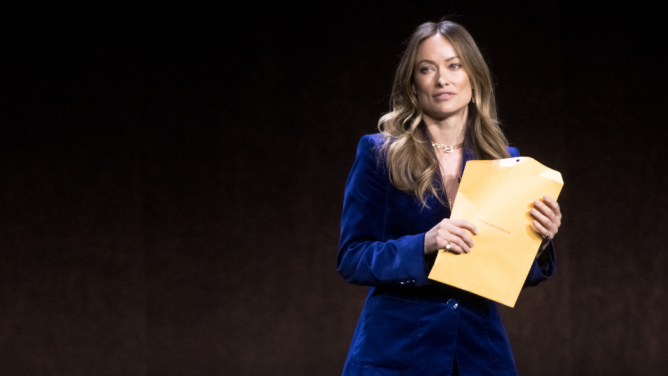 But Olivia has alluded to trouble with her former fiancé, Jason, before. As many will remember, she was unceremoniously served custody papers in front of a 3,000-person crowd at CinemaCon. “To try to sabotage that was really vicious. But I had a job to do; I’m not easily distracted,” she told Variety in late August. “But, you know, sadly, it was not something that was entirely surprising to me. I mean, there’s a reason I left that relationship.” Liv expanded on the custody papers moment in more detail with Vanity Fair, saying it was behavior “consistent” in her knowledge of Jason’s past behavior, as well as it being damaging to her children to see their mother so publicly humiliated. “Unfortunately, that was consistent with my experience of the relationship. So I was probably the least shocked. But I was also deeply saddened by it—and disturbed by it in lots of ways.” She continued, explaining that her being issued custody papers in such a way had to be premeditated for the amount of effort involved. “I know it took an extraordinary amount of energy [for the server] to get in that room. It took a tremendous amount of forethought,” she said. “And I will tell you, there are so many other ways to do that. I am not someone who lives in hiding. If that experience hadn’t been public, I never would have spoken of it, because I never would want my kids to know that happened. Unfortunately, they will know that happened.”

Jason, however, says that he had no knowledge that this is how the papers were going to be delivered and felt bad for how the events ultimately transpired. “I understand that the process server had only done her job; however, I deeply regret what happened. Olivia’s talk was an important event for Olivia, both professionally and personally, and I am very, very sorry that the incident marred her special moment,” he said in a statement to the court, per Vulture reports. Olivia and Jason share two children, Otis, 8, and Daisy, 5. According to sources quoted in People, Harry is “gradually” getting to know them as the couple near their third-year anniversary of dating. “Harry is slowly getting to know her kids,” the insider said. “Olivia is also spending time with Harry’s mom.”