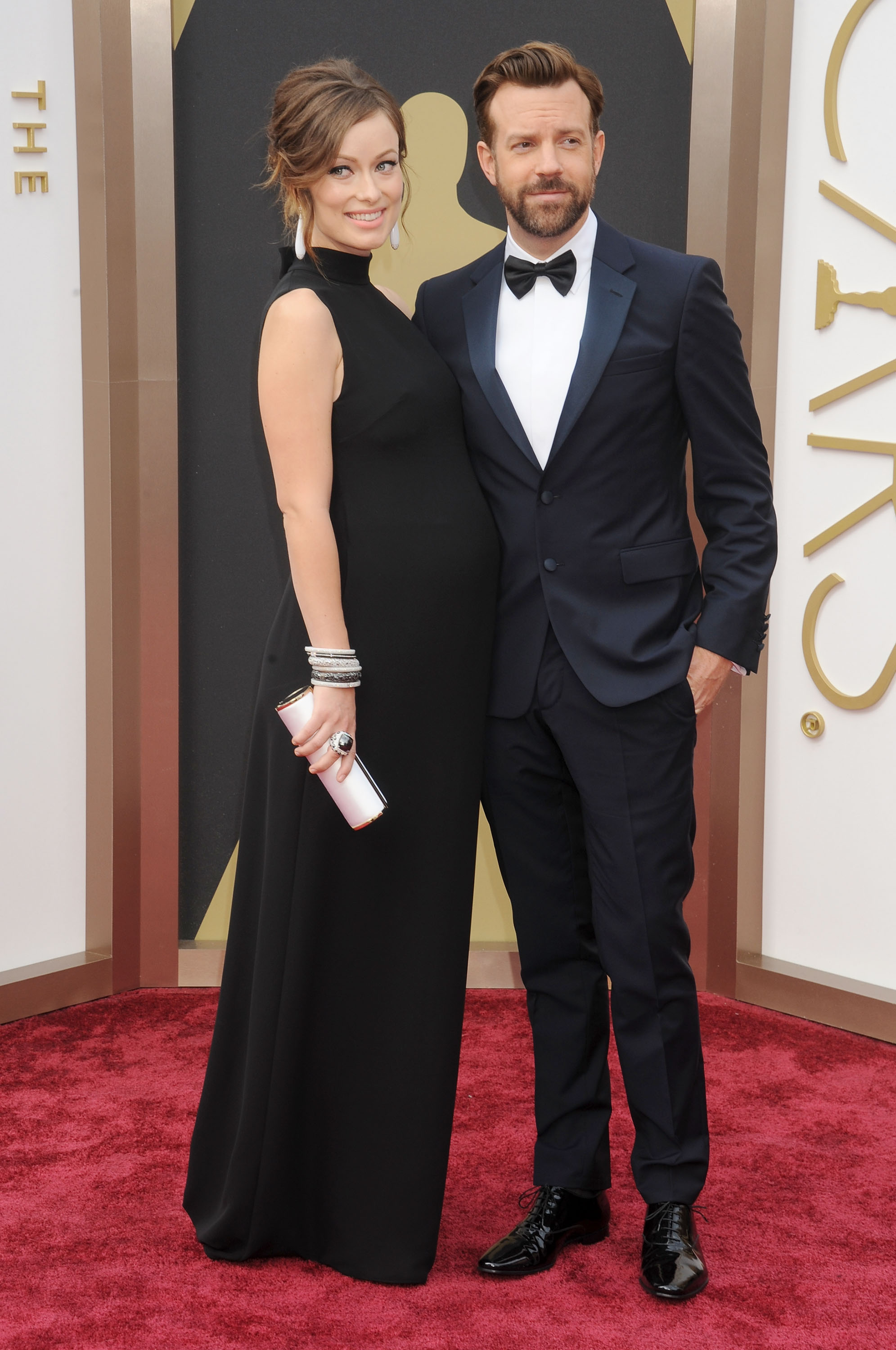 Damn, so this probably means Olivia Wilde is done schooling us on exactly how to wear a red carpet gown while pregnant, but we guess the day had to come sooner or later. Wilde and fiance Jason Sudeikis welcomed their first baby today, a son named Otis Alexander Sudeikis. The news was announced—how else?—via Twitter.

The 30-year-old actress and the former “Saturday Night Live” player, 38, first announced they were expecting in October. The couple began dating in December 2011 and announced their engagement January 2013.

They’re obviously a rad couple, although we kinda can’t help but wonder how grossed out Otis will be one day when we reads all about his parents’ sex life, which—in recent months—both Wilde and Sudeikis haven’t been shy about discussing.

This is the first child for both, and the second marriage for both. Wilde was previously wed to Italian prince (and alleged vagina killer) Tao Ruspoli, and Sudeikis to “30 Rock” writer Kay Cannon.

We’re happy for the famous couple, and wishing them—and baby Otis—all the best!