Kate Middleton might be known as a fashion inspiration, but not everyone is a fan of her latest look. On Sunday, The Duchess of Cambridge came under fire for wearing green instead of black in support of Time’s Up at the 2018 BAFTA Awards. The 36-year-old—who, per royal protocol, is forced to remain politically neutral—was slammed and accused of being “anti-feminist” for her outfit choice.

Though Middleton faced major backlash, she found the support of one of Time’s Up’s most prominent leaders, Olivia Munn, who perfectly explained why the anti-sexism and anti-harassment movement means more than a dress color. 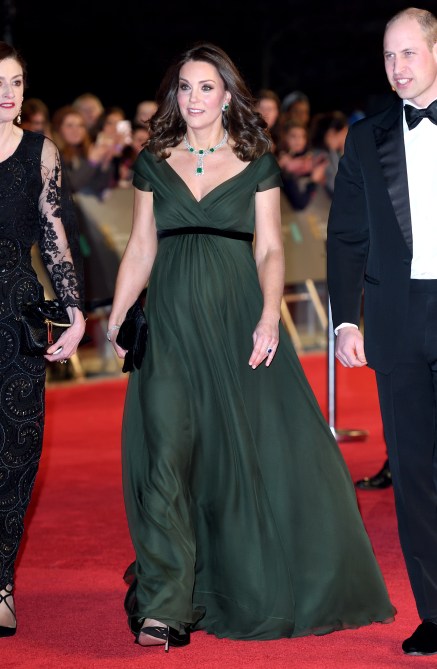 After Middleton came under fire, Munn took to Twitter to clarify that Time’s Up’s black dress code—which was also seen at the 2018 Golden Globe Awards—isn’t mean to “ostracize or control.” The actress also slammed those who reduced Time’s Up to a dress color.

“The Times Up dress code suggestions should not be used to ostracize or control. What we stand for & what we fight for matters more than the color of our dress,” Munn tweeted.

Munn ended her tweet by explaining that Middleton wearing green does not mean that she isn’t in support of Time’s Up or gender equality.

“I have a hard time believing that the Duchess of Cambridge doesn’t stand beside us just because she was wearing green,” she tweeted.

There is no exact way to exemplify feminism, as comedian Iliza Shlesinger pointed out in a retweet. The criticism over Middleton wearing green goes against the freedom of choice and overshadows what Time’s Up really represents. Good on Munn for setting everyone’s minds back to what really matters.