At first glance, Olivia Holt seems like the average twentysomething. She has a signature selfie face (a bored-looking pout with her cheek resting on her hand); she loves Hilary Duff (“If she said hi to me, I would be dead.”); and she has some serious opinions about social media. (“It’s become this space where people troll and throw shade all the time. It’s so exhausting.”)

But Holt, 20, is nowhere near ordinary. With 4 million followers on Instagram and another million on Twitter, the actress, who is known for her roles on Disney shows such as “Kickin’ It” and “I Didn’t Do It,” is aware that she has an influence, especially among younger generations. Much like her character in “Cloak & Dagger,” Freeform’s new Marvel series (premiering June 7) about two superpowered teenagers, Holt was given a power. They didn’t ask to be seen as role models, and neither did she—but that doesn’t mean that she takes the responsibility lightly.

“There’s this underlying pressure to be a role model because you’re on a show that’s geared toward kids,” Holt says. “They’re obviously going to look up to you. But I don’t think it’s negative pressure. In a way, it’s this positive pressure that makes you be a better person—to not only do right by yourself but also by everyone else.” 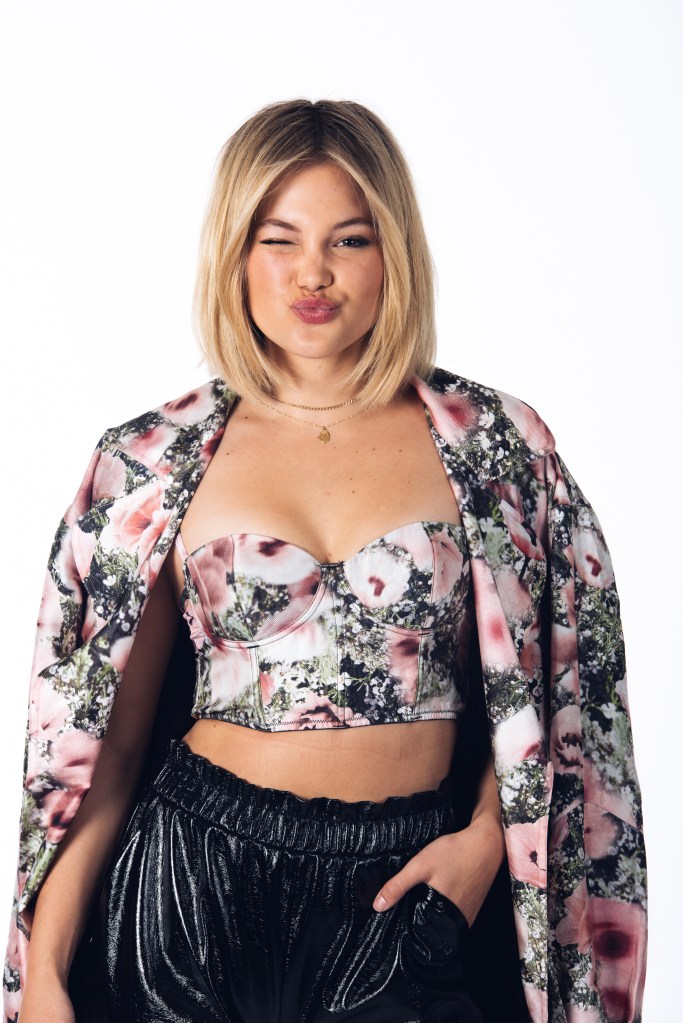 Raised in a small town in Mississippi, Holt, a self-proclaimed “full-on Southern belle,” had dreams of becoming an Olympic gymnast. Each night, she would spend five hours at the gym, doing her homework on the way to practice and sleeping on the way back. And though she performed as a hobby (summer theater, choir, voice lessons), it wasn’t until she was 10 and a voice coach introduced her to a talent convention in Los Angeles that she considered acting professionally.

I’ve struggled with going back and forth between feeling too skinny or too thick, too this and too that.

After attending the convention and signing with an agency, Holt spent two years flying back and forth for auditions, commercials, and small independent movies. When she was 12, she booked her first major television series, a martial-arts-themed Disney show titled “Kickin’ It,” which led Holt and her family to pack their bags and move to Los Angeles. Holt spent three years on “Kickin’ It” before she was approached to star in a second Disney Channel show, a “‘Friends’-meets-’Seinfeld’” sitcom for children titled “I Didn’t Do It.”

Like many Disney Channel stars before her, Holt didn’t immediately grasp the influence she’d have on her much-younger viewers. It wasn’t until her mid-teens when she began using social media that she realized how many eyes were on her. “That’s when I really started to recognize the things that I was doing and how I wanted to impact them in a positive way,” Holt says. 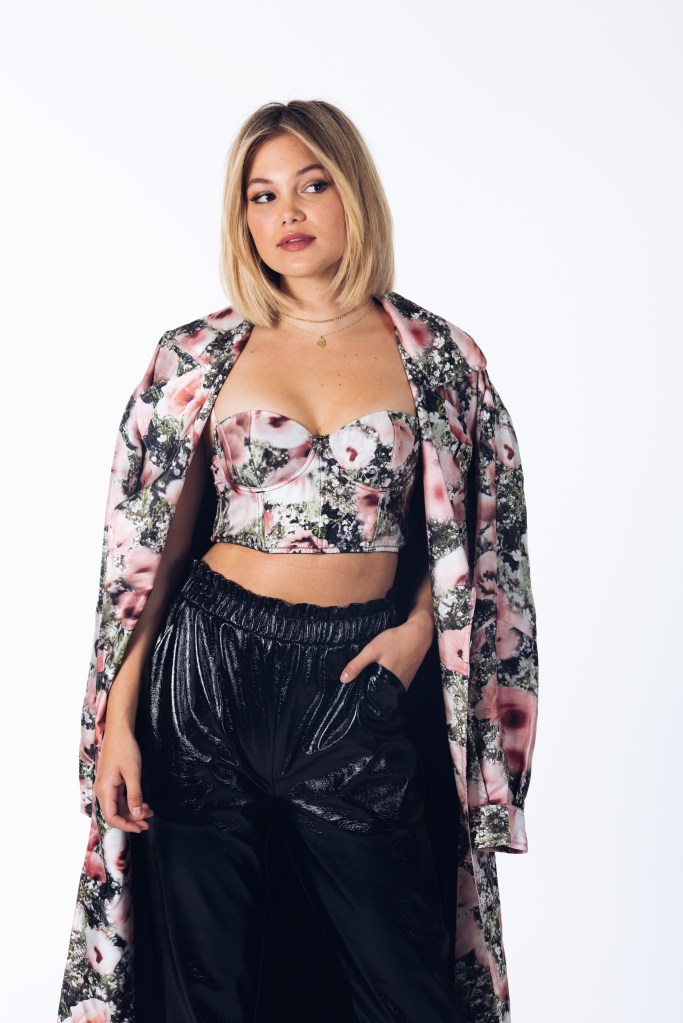 Unlike some of her peers, Holt didn’t have a negative experience with Disney. She considered it her “playground” and an industry crash course, in which she got the chance to shadow everyone from directors and writers to camera operators and sound mixers. And though she acknowledges that there was some pressure to be perfect, she understands why Disney prioritizes its family-friendly image. “We want the show and the network to be something that families can watch together, so parents can bond and relate with their kids,” Holt says. “You want to make sure you’re helping other kids be the best person they can be.”

There’s this underlying pressure to be a role model because you are on a show that’s geared toward kids.

Though Holt may not have felt pressured directly by Disney, she wasn’t immune to the industry’s often-impossible standards. Growing up as a gymnast, Holt developed insecurities about her muscular figure. Those insecurities were heightened when she began acting and was told to lose or gain weight for different roles, creating an unhealthy mindset that, no matter her size, her body was never right.

“I’ve struggled with figuring out exactly what my body type is and going back and forth between feeling too skinny or too thick or too this or too that,” Holt says. “Being a gymnast, I had a lot of issues with feeling too broad in my shoulders or too thick in my thighs. It’s heartbreaking that we have to feel this way, especially as women in a world where we already feel put down by so many others. I’ve been told by many producers, ‘You need to lose X amount of pounds if you’re going to be a part of this project’ or ‘You need to gain this amount of pounds if you want to be a part of this project.’ That really messes, not just your headspace, but your heart.” 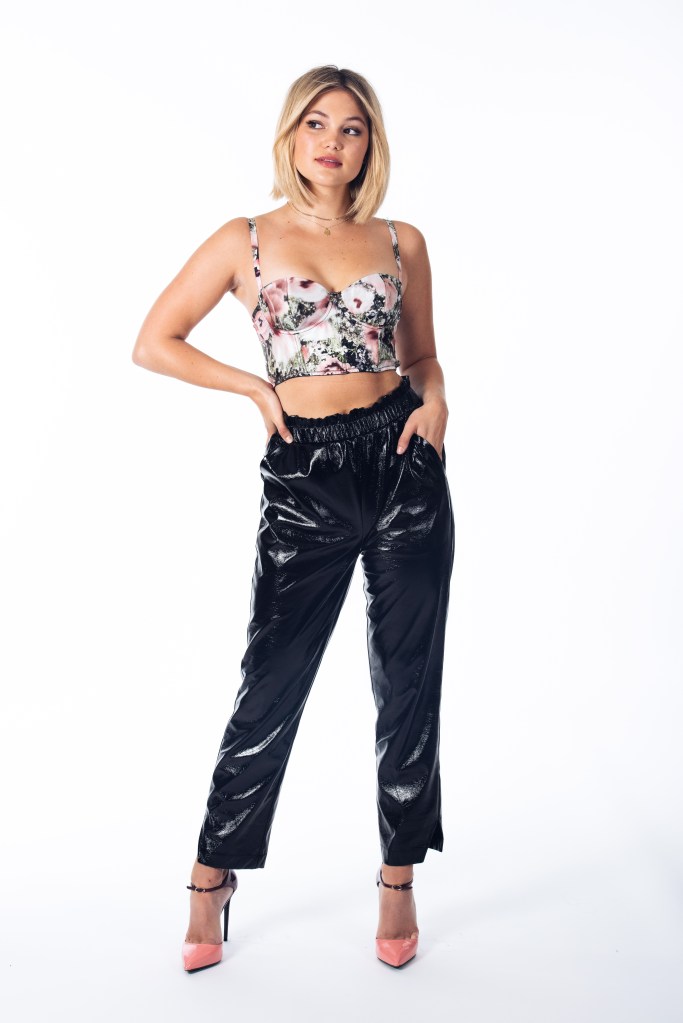 A couple months after Holt turned 18, Disney Channel aired the series finale of “I Didn’t Do It,” marking the end of her six years with the network. “Not only was I transitioning to a more young-adult phase of my life, but I was also transitioning into what do I do next in my career,” Holt says. “I wanted my next project to move me and impact me in a positive way.”

That project came two years later when she received the audition for “Cloak & Dagger,” a drama based on the Marvel comics of the same title. Holt’s audition was for Tandy Bowen (“Dagger”), a teenage girl from a broken home who, after she’s almost killed in a car accident, develops the ability to form psionic light daggers with her hands. Holt was performing the national anthem at the Pro Bowl in Orlando when she learned that she booked the part. Moments after singing, she ducked into a hallway, pressed her hand to her ear to block out the noise of thousands of screaming football fans, and picked up the phone to get the news from Jeph Loeb, head of Marvel television, and Joe Pokaski, the creator of “Cloak & Dagger.”

The fact that we’re able to tell this story about what it’s like to be a young black male and a young white female in America is so important.

“Jeff said three really cool words to me. That’s even how he described it. He was like, ‘Well, Olivia, I have just three more words to say to you: Welcome to Marvel,” Holt says. “I just remember getting goosebumps and freaking out. I called my parents afterward, and we were all sobbing crazy tears. It was pretty epic.” 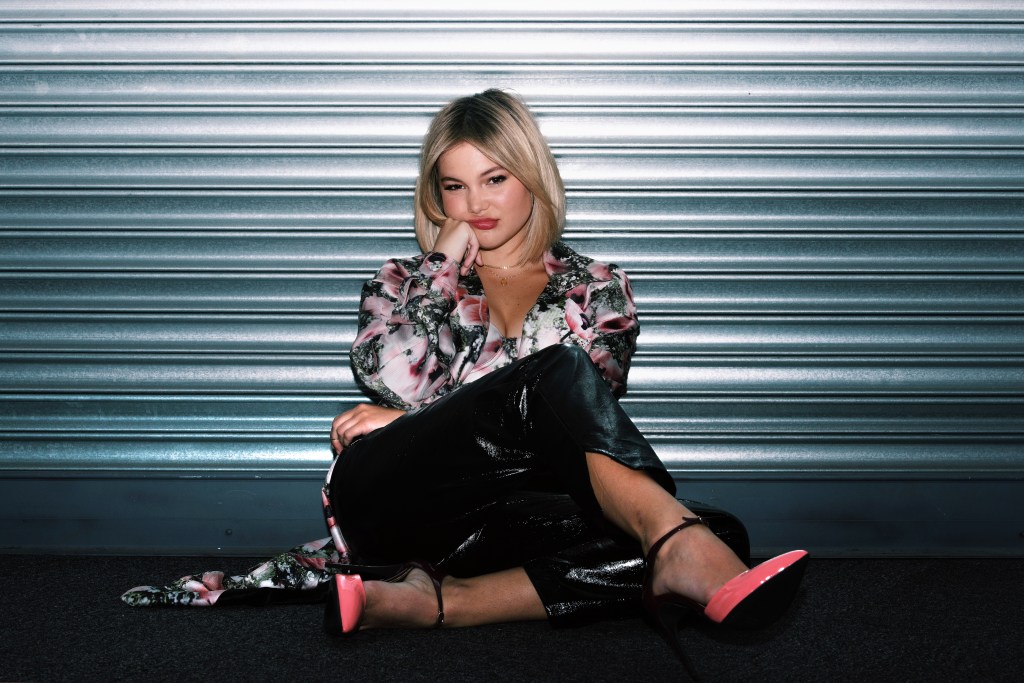 The next day Holt flew to begin filming the pilot in New Orleans, where she learned that “Cloak & Dagger” was more than the teenage superhero show she thought it was. The series—which follows two teenagers, Tandy, a young white woman, and Tyrone (“Cloak”), a young black man—portrays police brutality, sexual assault, drug addiction, and a slew of other timely issues all in the first 40 minutes.

“I remember getting into my hotel room, reading the first episode, and being like, ‘Whoa. This is intense. This is not what I was expecting,’” Holt says. “The show does focus on serious topics, and that’s real life. It should be a conversation. It shouldn’t be something that we’re hiding or feel too shy to speak about. The fact that we’re able to tell this story right now, what it’s like to be a young black male in America and what it’s like to be a young white female in America, is so important.”

Women have been minimized and are constantly having to fight for equality.

Holt recalls an early episode in which Tandy and Tyrone talk about their place in society. Tyrone laments that he’s questioned everywhere because of the color of his skin, while Tandy struggles with pressing charges against a man who sexually assaulted her. “Both are dealing with some sort of discrimination,” Holt says. “This is our society. This is where we’ve gone wrong. Black culture has been dehumanized for so long and women have been minimized and are constantly having to fight for equality.”

As a young woman, Holt is well aware of sexism in the entertainment industry. And though she admits that she didn’t always feel confident enough to speak up against men who harass or talk down to her, she now realizes her power—something she only discovered during the past year and a half as a result of the #MeToo movement.

“I was so caught up in my own head and world as a teenager. You’re not focusing on what the real world is actually doing,” Holt says. “I’ve been on sets where there was a lot of mansplaining, which was very difficult to deal with. When you’re younger, you feel like you don’t really have that power and authority to stand your ground or have a voice. But I’m now living in a mentality of ‘screw that.’ Being educated is the most important thing to understand what exactly is going on and how can I help change that and make an impact on this movement?” 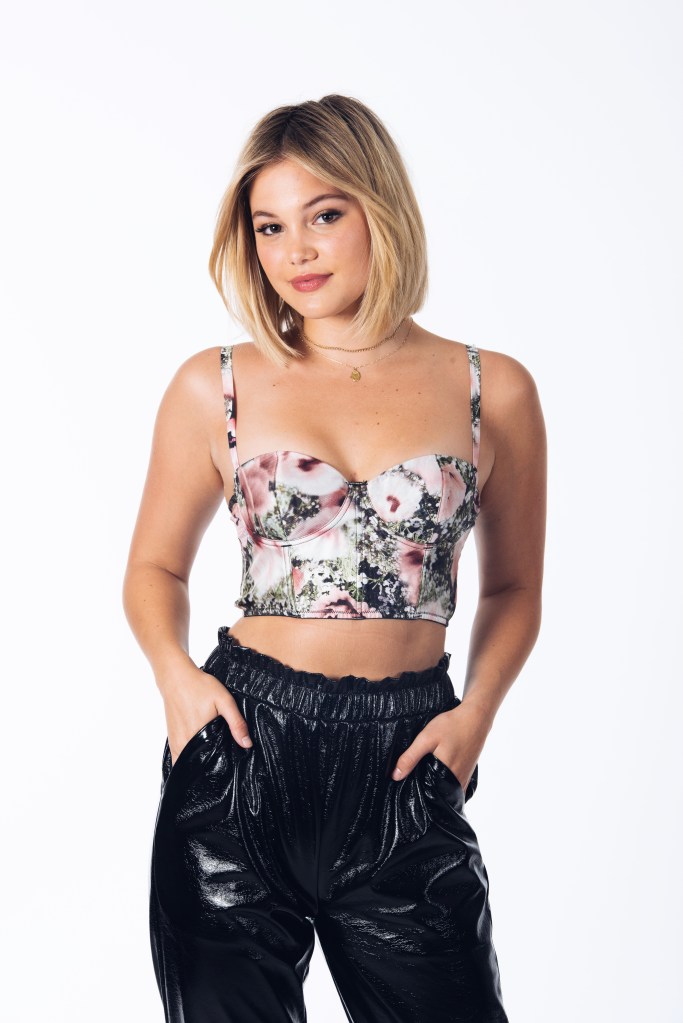 Like many other members of Generation Z, Holt is confident that the power to change the world lies with younger generations. She might not wield literal psionic light daggers, but Holt still has her own superpower—and she knows exactly what to do with it. “I’m so confident in this new generation,” Holt says. “Everyone is so entitled to their own opinion and they have a voice and they’re not afraid to use it. I think that there will be a shift, a massive change. There already is. I can see it and I can feel it.”