Ever since she broke onto the Instagram influencer scene three years ago, “beauty” and “fashion” have been synonymously tied with Olivia Culpo’s identity. And though it may look like Culpo was always destined to work in the beauty space—she’s a Miss Rhode Island, USA, and Universe winner—the 25-year-old will tell you that her upbringing was far from the designer outfits and picture-perfect selfies you see on Instagram.

Growing up, Culpo considered herself “a late bloomer,” an experience that made her easy prey for bullying and body-shaming. “I was super chubby and I had so much baby fat,” says Culpo. “Kids would make fun of me all the time in elementary school. They would say, ‘Olivia, you’re fat’ or mean things like that. It wasn’t very nice.”

Bullies also teased Culpo for the thickness of her eyebrows, which have ironically become her most complimented body part.“I was always made fun of, especially for my eyebrows,” Culpo says. “Everybody used to make fun of my eyebrows, and now, they’re one of the things that everybody says they love.” 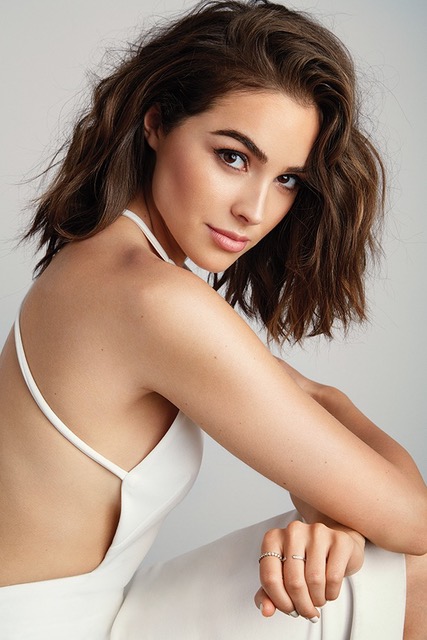 And though Culpo eventually grew into her skin—at 12 years old, she had a “major growth spurt,” shed her baby fat, and sprouted “seven inches”—she recalls the bullying as a defining experience that shaped her perspective on beauty. “At this point [in society], there’s beauty in all different shapes and sizes,” Culpo says. “I have much more of an understanding of how body insecurities come about and how it’s difficult for people to feel comfortable in the skin that they have because they are different and people make them feel bad for being different.”

Everybody used to make fun of my eyebrows, and now, they’re one of the things that everybody says they love.

Growing up in a household where her mom didn’t put a single drop of makeup on, Culpo didn’t start dabbling in fashion and beauty until her late teens, when she would experiment with her older sister’s hair products and spend her weekends shopping the bargain racks at TJ Maxx. “My mom wears no makeup. She never bought any makeup,” Culpo says. “My parents were never interested in fashion, especially my mom—no way.” 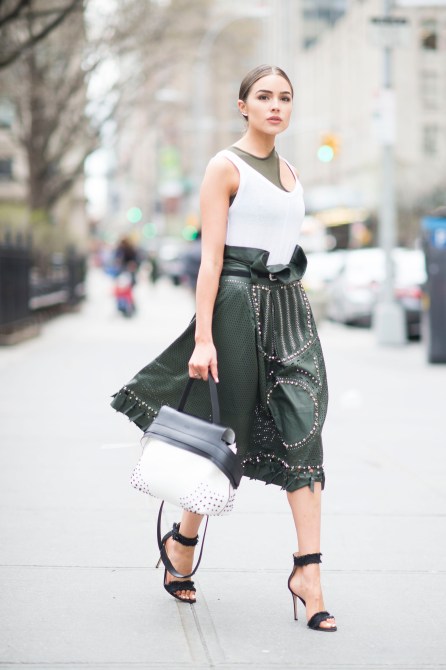 It didn’t take long for Culpo to fall in love. “I became really interested in clothes and fashion and expressing myself through different outfits and hair and makeup,” Culpo says. “I was kind of obsessed with the idea of transformation, and how hair and makeup make that happen.”

It’s really easy to get stuck in what other people are telling you you are.

But despite her newfound love for fashion and beauty, Culpo had always harbored a dream of becoming an actress. At 18, after Googling the careers of A-list stars like Halle Berry and Vanessa Williams and learning that their paths began with pageantry, Culpo entered in the 2012 Miss New Rhode Island pageant. And though she eventually won, Culpo had her obstacles.

“My parents really weren’t happy about me doing a pageant. They thought it was kind of narcissistic,” Culpo says. “I also didn’t have the resources a lot of other girls did. So I rented a red dress online for $20. It was too short and there was a hole in the back.” 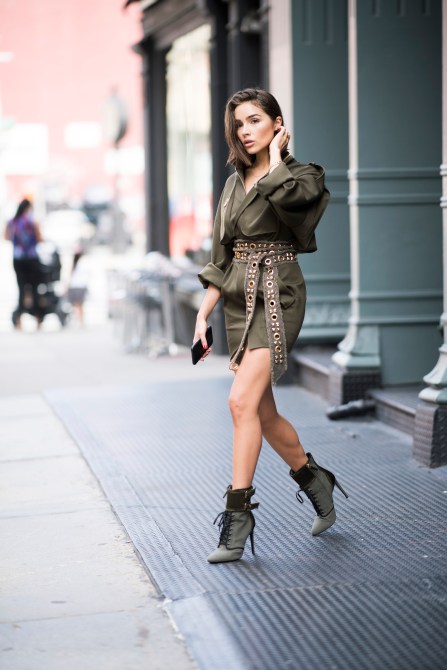 However, Culpo’s hurdles and lack of experience didn’t seem to deter her. In December 2012, a few months after snagging the crown of Miss USA, Culpo made history as the first American in 15 years to win the title of Miss Universe. But it wasn’t the crown or numerous brand deals that became Culpo’s most prized takeaway—it was her Instagram.

At this point [in society], there’s beauty in all different shapes and sizes.

Culpo’s Instagram career began in 2012, shortly after winning Miss USA, when the organization created an account for her to promote its brand. She started like any other Instagram user, “posting mindlessly” about her coffees, her pets, and her occasional OOTD. It wasn’t until two years later, when she realized her outfits were some of her most liked posts, did her following explode. “I guess I realized people were following me because they liked to see what I was wearing, eating, thinking, drinking, and I started to use it as a platform to communicate with people what I thought they would be interested in,” Culpo says. “Before, I was just posting mindlessly. Then I started to become a little more strategic because I realized that people really were taking away something from it.” 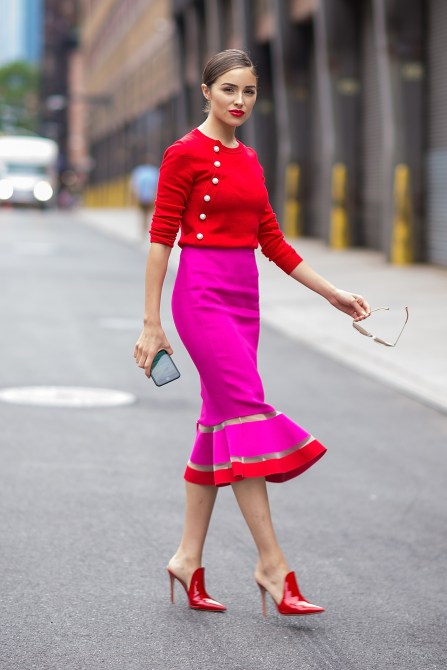 Culpo has gone on to leverage her Instagram—which is currently at 2.1 million followers—to land a clothing line with PrettyLittleThing, a collection with Le Tote, and numerous sponsorships with big-names beauty brands like Bare Minerals and Clarins. On October 13, she’ll star in the coming-of-age drama, “American Satan,” in which she’ll play the love interest of a college dropout turned rock musician. But despite her successes. Culpo often battles imposter syndrome after years of hearing comments that she’s “famous for doing nothing.”

I’m definitely never going to judge anybody for having a different passion. I think that whatever works for you is a beautiful thing.

“Those comments can definitely make me feel a tear. I’ve felt so insecure about that before,” Culpo says. “It’s really easy to get stuck in what other people are telling you you are or what you should be or that you’re not enough. I definitely struggle with that. As I’ve gotten older, it’s been easier for me to get rid of those voices and just listen to myself and keep going. I feel like if i hadn’t done that, I wouldn’t be as successful as I am.” 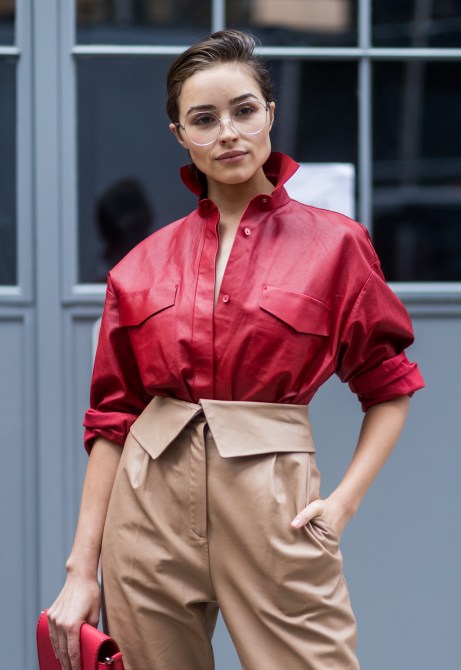 And though Culpo’s life has become so intertwined with fashion and beauty that her tips are sought-after on the daily (in case you were wondering—her go-to highlighter is Charlotte Tilbury’s Bar of Gold, which she applies at the tip of her cheekbone and lightly dabs in with her finger), she isn’t one to judge women who don’t wear makeup or have no interest in clothes. Raised in a household where cosmetics were rarely seen, Culpo understands that fashion and makeup are merely interests, not definers of beauty or femininity.

“It’s everybody’s prerogative to have a creative out, however they need too,” Culpo says. “My mom, she doesn’t do makeup or hair. She doesn’t have any trendy clothes. She just does life the way that she wants to do it. But she expresses herself in other ways. I’m definitely never going to judge anybody for having a different passion. I think that whatever works for you is a beautiful thing.