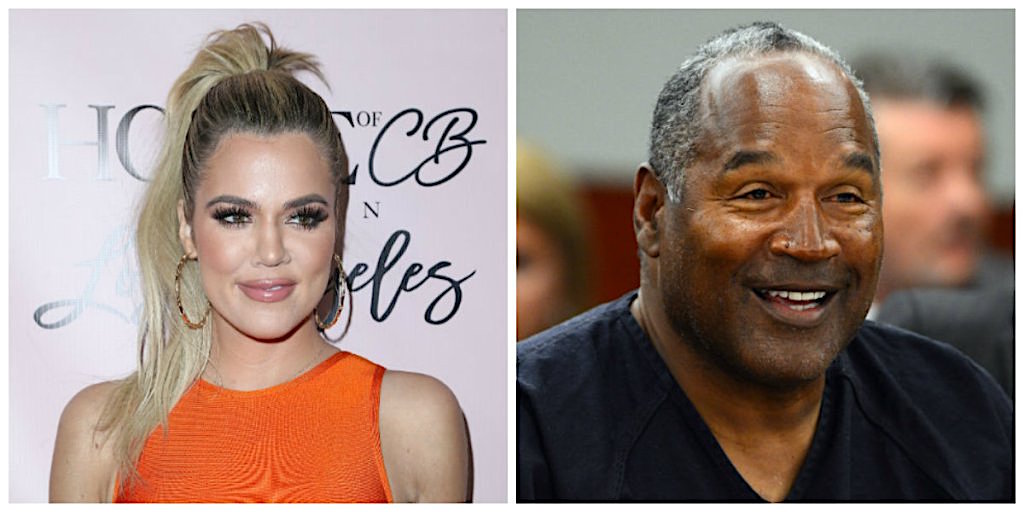 O.J. Simpson has agreed to take a paternity test to see if Khloé Kardashian is his daughter. But there’s one condition: She must come see him in prison. Because what is family love if not conditional?

The former NFL player—now best known for probably getting away with murder thanks to his friend and lawyer, the late Robert Kardashian—has been rumored to be Khloé’s actual father for years. Though Kardashian died in 2003, and Kris Jenner appears to offer up no answers, Khloé wants to clear up the matter once and for all.

And so does OJ—if only the middle Kardashian daughter shows him “a little respect” and visits him at the Lovelock Correctional Center in Nevada. He’s serving time there for a slew of charges that aren’t the murder of Nicole Brown Simpson and Ronald Goldman, which he’s so famous of being accused of.

More: Khloé Kardashian Says Stylists Wouldn’t Work with Her Before She Lost 40 Pounds

And the timing is curious. Tonight, the fifth installment of the ESPN documentary “O.J.: Made in America” will air, and it’s reported to show never-before-seen photos of the grisly crime scene. The case remains open, but there’s been renewed interest in it with “Made in America, 30 for 30,” and “The People v. O.J. Simpson: American Crime Story.”

Us Weekly reports the 68-year-old could be eligible for parole as early as next year, so this sudden real-life Kardashian tie-in is very—shall we say—suspect. Still, the documentary paints Simpson as a notorious womanizer not above hitting on women in his and Nicole’s social circle, so…

You can see the trailer for “Made in America” below.