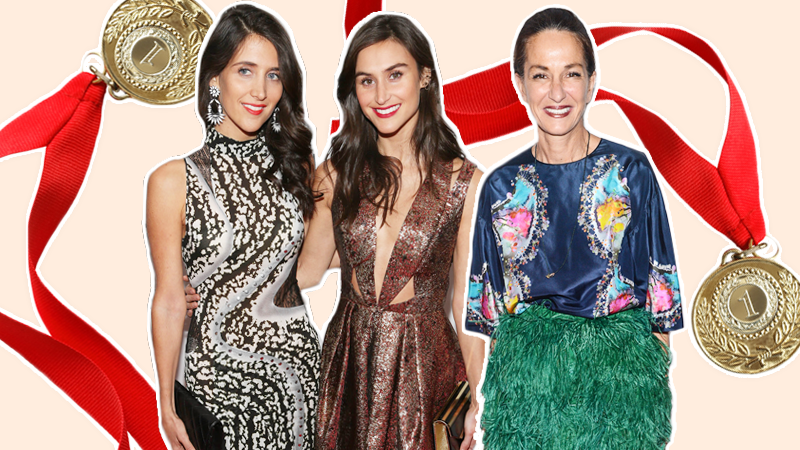 New York Fashion Week is officially upon us, and in addition from being totally fixated on runways, street style, and the somewhat irksome task of choosing snow-sensible footwear, we’re also busy paying attention to another major event that’s underway: The 2014 winter olympics.

While the goings-on at Sochi are a tad broader in scope than NYFW, we found an apropos way to fuse both events together: By asking 40 designers one question: “If you were to win an Olympic gold medal, what would it be for?”

Between memorizing Kanye West lyrics, walking in pencil skirts, competitive eating, and an awful lot of would-be figure skaters, it’s clear these designers have some very captivating talents. Read on! 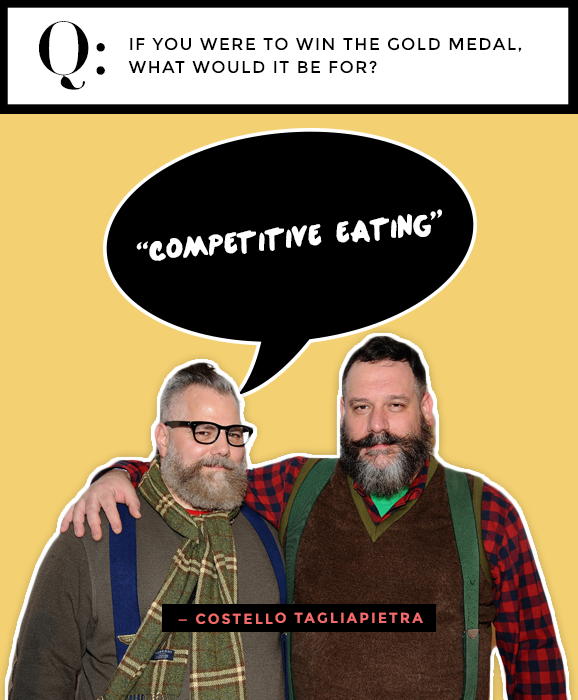 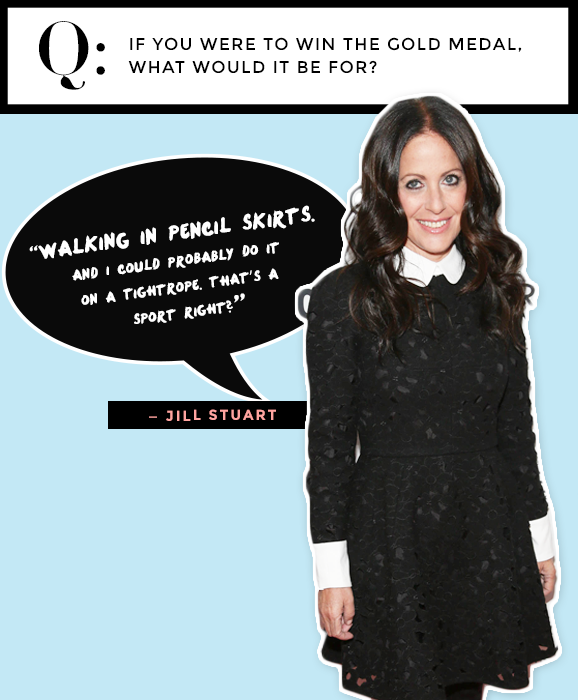 “Traveling!  I can’t fathom the amount of miles I’ve traveled over the past year.”
—Rachel Roy 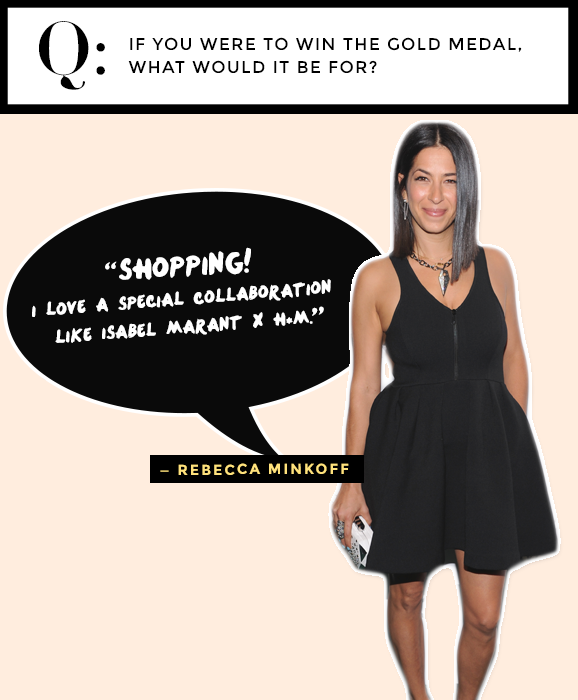 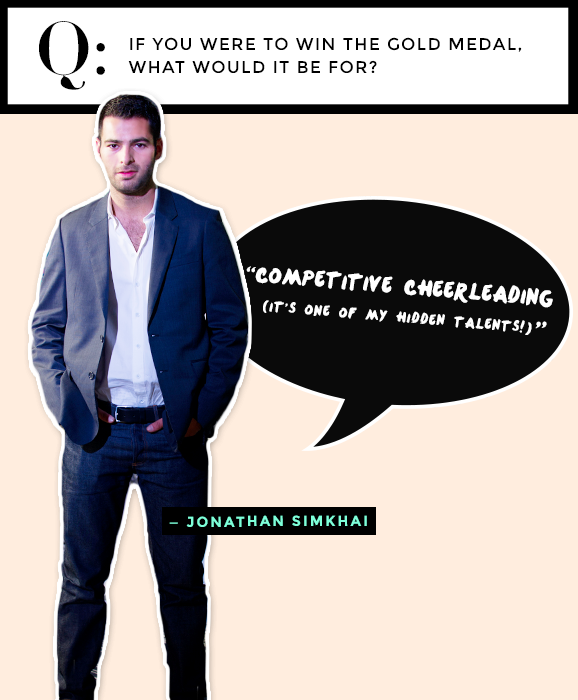 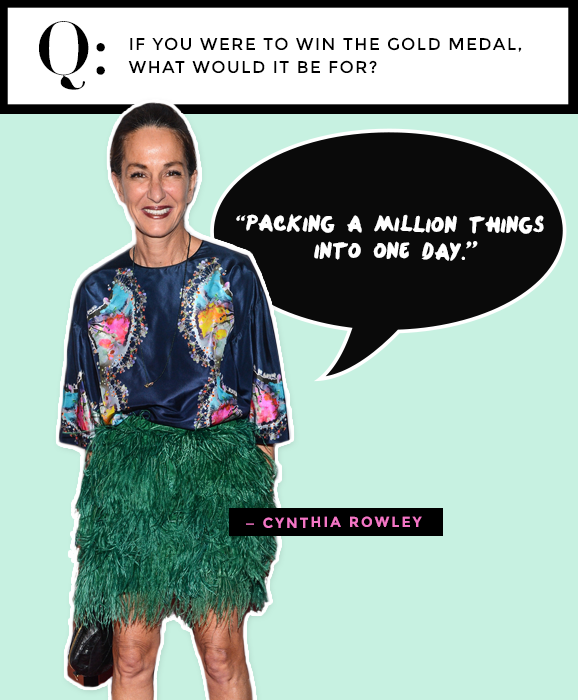 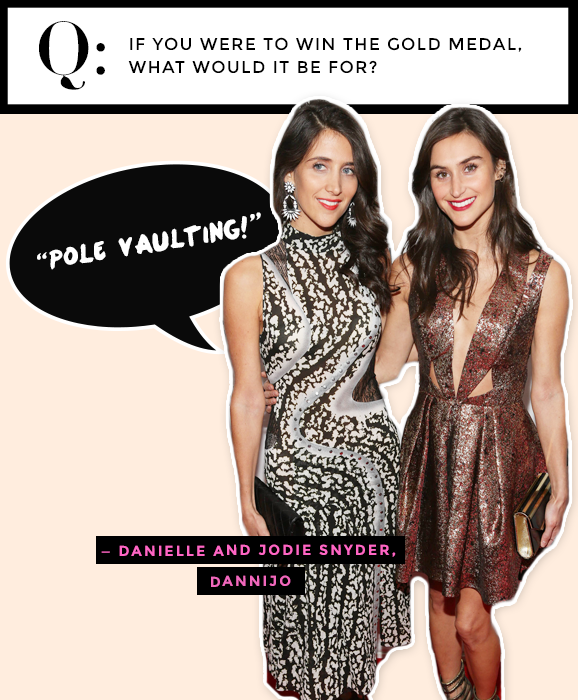 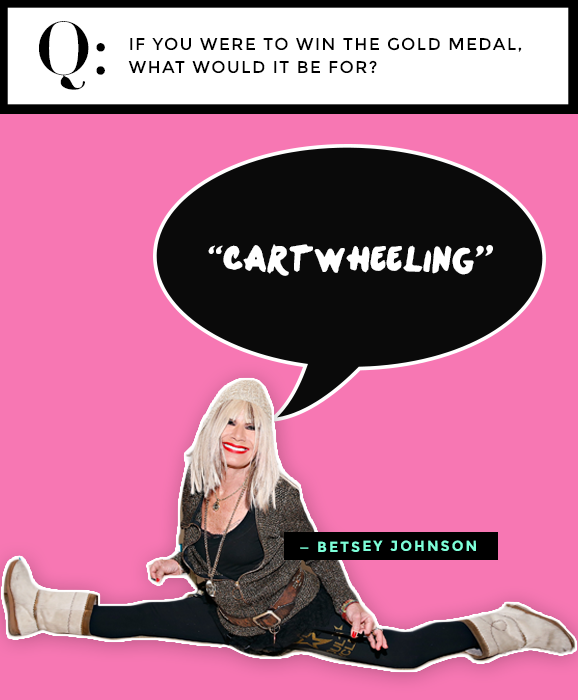 “Could navigating icy sidewalks be one? In heels! That’s my new sport.”
—Michelle Smith, Milly 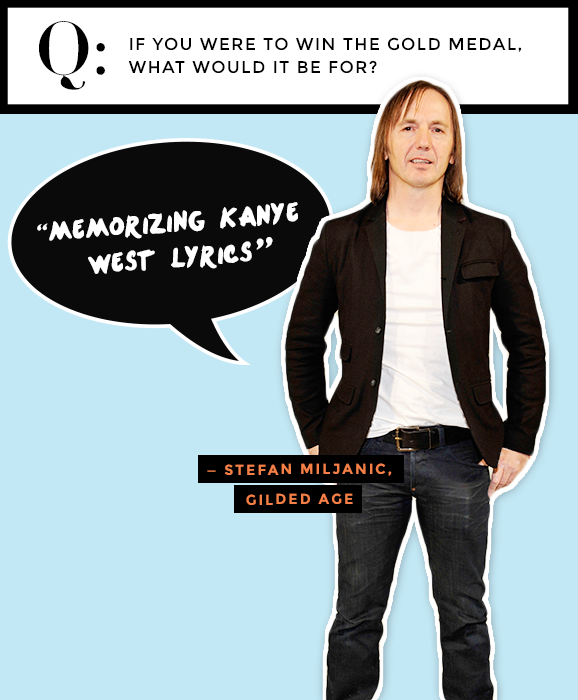 “Layering. And wearing heels in the snow.”
—Kaelen Haworth, KAELEN

“Surfing. Not that I can even swim well, but it just looks so good!”
—Christine Alcalay 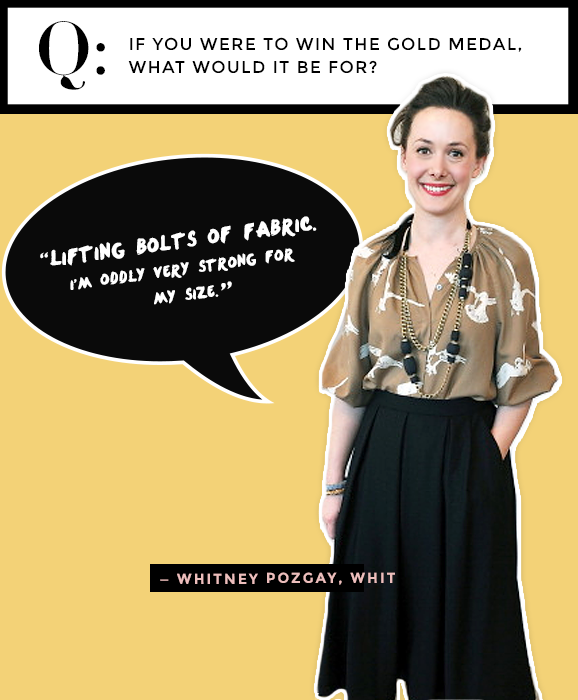 “It would have to be diving.”
—Dennis Basso 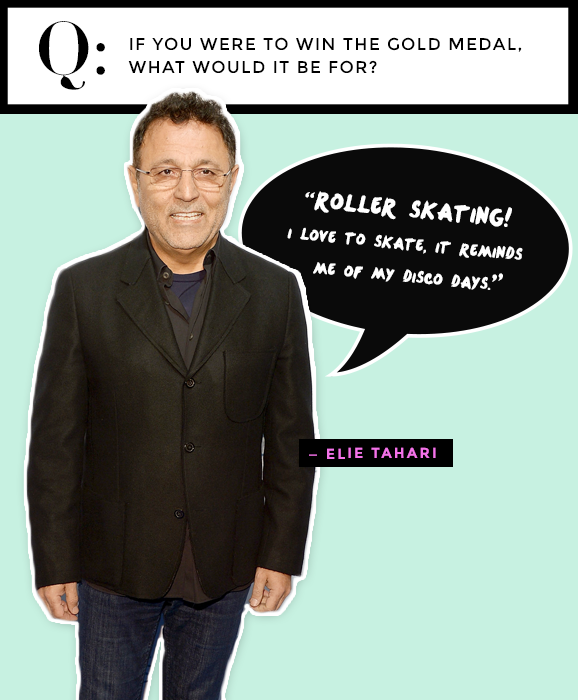 “Skating. I love a triple axel every now and then.”
—Misha Nonoo

“Figure skating, because I’m not afraid to fall down.”
—Rebecca Vallance

“Bleaching our hair blonde, of course!”
—The Blonds

“Swimming! My mom wanted me to be in the Olympics.”
—Tracy Reese