Justice Ruth Bader Ginsburg is a historic figure thanks in part to her bold Supreme Court decisions and dissents, and her iconic collars have become representative of her impressive legacy. Because judges’ robes were originally designed for men and included an opening for a tie at the front, RBG decided to spice up her own robe with decorative collars when she was in court. It became part of her signature look, and now, thanks to Banana Republic’s “Notorious Necklace,” we all can pay homage to RBG—and support other women at the same time. The necklace has gone out of stock a few times already, but it’s available yet again, and there’s never been a better time to rep RBG with pride.

Most of us will never set foot in the Supreme Court in our lifetime, but that won’t stop us from sporting Ruth Bader Ginsburg’s signature collar. After RBG passed away in September, Banana Republic announced the re-release of their “Notorious Necklace”—the exact collar worn by RBG when she dissented in court. How cool is that?!

The Justice’s legacy lives on in so many ways, and her sartorial prowess is merely one. Though we’ll likely never get to dissent in Supreme Court or wear a judge’s robe ourselves (although, hey, you never know!), we can still follow in RBG’s footsteps when it comes to our accessories.

The “Notorious Necklace” isn’t just a way to get the exact Supreme Court look as RBG, though—it also allows each and every buyer the chance to give back and support women in the process. Banana Republic is donating 100% of the proceeds from the necklace to the International Center for Research on Women (ICRW). The organization fights for gender equality throughout the world—and even once honored Ruth Bader Ginsburg with their Champions for Change award. 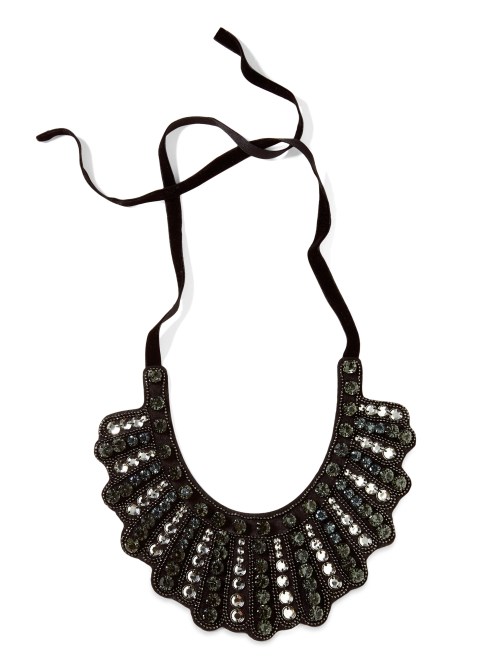 While we certainly remember the Notorious RBG for her willingness to fight for everyone and her unmatched work as a Supreme Court Justice, there’s no denying her style is catalogued in our hearts as well. Use this Banana Republic necklace to inspire you to continue to fight for justice, equality and change in the world—always asking yourself WWRBGD (What would Ruth Bader Ginsburg do?).