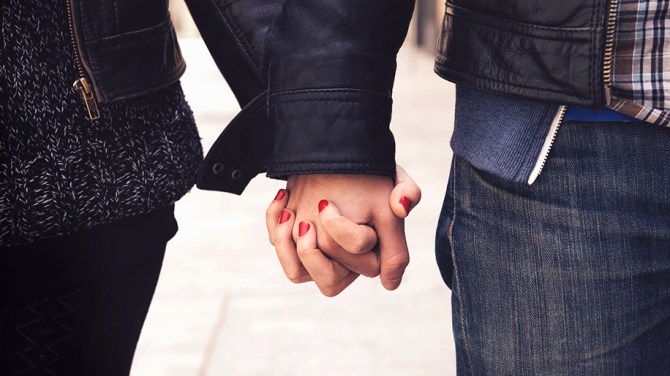 Serial monogamists are ruining it for the rest of us. (Photo: Getty Images/StyleCaster)

There’s been a lot of talk about serial monogamy of late: what it is, what it’s not, and how to spot it in someone you’re dating. Taylor Swift is a particularly famous serial monogamist. Kourtney Kardashian comes to mind, and Kim, too, for that matter. J. Lo’s manager all but called her out in Vogue, saying, “The thing that I always sort of wished is that she would give herself time to just naturally meet someone, instead of having obsessive guys pursue her.” But giving yourself some time between relationships is not a hallmark of serial monogamy.

A serial monogamist flits from relationship to relationship, each time more certain than the last that, surely, this must be “the one.” And sometimes, they’re back to back—dating someone new immediately after someone old—because, to them, being single is tantamount to having a long, slow root canal.

For the record, I am not a serial monogamist, and I think they’re giving romantics a bad name. At this point, we’re all so disillusioned—we’ve been trained to expect things not to work out—that when love actually comes along, it’s increasingly hard to recognize. I’ve been with my boyfriend for a year, and while I don’t like to discuss our relationship (as a sex and love writer, I need to keep some things sacred!), I will say that I’m definitely with him out of choice, not fear.

I love falling in love, but I proceed with caution and choose selectively. Between my three serious relationships, I have long swaths of time—many months, if not years—where I’m single. Yes, I love being in a relationship, and in all honesty, I prefer that “taken” status to being single. But I’ve never been with someone just for the sake of being with someone. Partnership (and, on the opposite front, the avoidance of loneliness) is not the be-all and end-all of life for me.

It doesn’t seem very fair to me to grab a placeholder (or, as they might say in Sex and the City speak, a “Mr. Right Now”) instead of holding out for someone who feels truly right. Though they might profess otherwise in the moment, serial monogamists aren’t known for seriously considering long-term commitment with their partners—though they aren’t polyamorous, or “monogamish,” they are also not usually the type to settle in for the long haul. They usually have a partner, and they find casual dating to be incredibly exhausting (but, hey, don’t we all?).

Serial monogamists do sometimes settle down. They get married, have children. But it seems like they’re never really in search of a great love. If a great love happens to find them, that’s well and good, but more pressing is the issue of finding someone right now.

Love and sex writer Dan Savage (who, by the way, coined the term monogamish) is pissed off at serial monogamists because they are often hoity-toity when it comes to non-monogamy; as he tweeted last year, “Next serial monogamist with six or more exes who tells me he could never be non-monogamous because he values commitment too much gets a slap.”

I’m annoyed because I’m out here actually searching for real, lasting love, and these serial monogs are ruining romance for the rest of us, spreading paranoia and leaving a host of jilted lovers in their wake. And if you’ve ever dated a serial monogamist, you’re likely not terribly keen on them. Serial monogamists are known for going zero to 60, dropping “I love you,” and bringing you as a plus-one to big events super early on, which sounds like fun until you realize that you’re just along for the ride, actual physical (and emotional) arm candy.

This is troubling, because it seems to me that serial monogamists might be missing out on love—true love, the kind we see in the movies—because they are too busy chasing the next thing.

To be clear: It’s not OK to be with someone just because you don’t want to be alone.

Of course, not all serial monogamists are horrible people. In fact, I’m sure a good number of them are wonderful, like my neighbor in high school, who was always—without fail—in a relationship. They just don’t want to be alone, and in the process of keeping themselves in relationships, they might (probably, definitely) hurt some innocent folks along the way. Not to mention themselves—I’d wager that it’s pretty painful to cling to someone, even if you’re not that into them, in the name of staying not-single.

Some people will always err on the side of serial monogamy, and that’s cool. I can’t control others’ romantic choices, nor would I want to. And just because you love being in a relationship and found a partner with whom you can vibe does not mean you’re a serial monogamist. That just means you’ve lucked out.

When I’m with someone I really love, I always hope things will work out with them. But if it doesn’t, I know I’ll be OK—and I know I’ll spend significant time after the breakup alone. And that’s OK too.