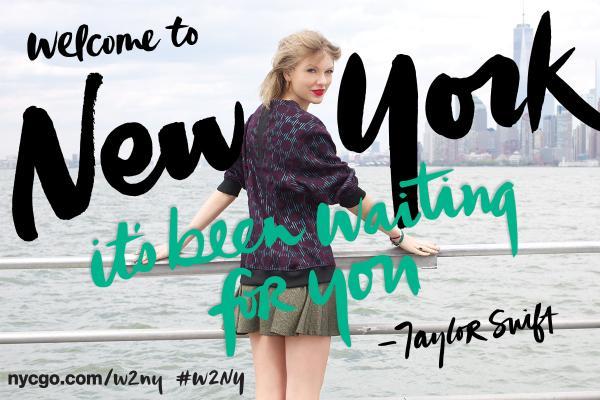 Wanna hear something funny? Taylor Swift just announced a swath of brand-new tour dates, and not one of them is in New York. Why is this funny? Well, for starters, Swift’s behemoth “1989” album opens with a tune called “Welcome to New York,” a starry-eyed ode to the Big Apple that includes lyrics like “The lights are so bright/But they never blind me, me/Welcome to New York/ It’s been waiting for you.”

Then there’s the fact that the city’s tourism board appointed Swifty its Global Welcome Ambassador (whether that was a result of the song, or whether the song was a clever tie-in to her new role is unclear) despite the fact that she only moved from Nashville less than a year ago.

Hey, we’re not bashing the 24-year-old’s affinity for the city—we love it, too—but it’s interesting that not one show is booked in the place that’s a “kaleidoscope of loud heartbeats” (her words, not ours.) After her whole “I Love New York” song and dance, we thought for sure she’d be making at least one stop at Manhattan’s famed Madison Square Garden, or Brooklyn’s Barclays Center.

In July, Swift will be at the MetLife Stadium in New Jersey, which—despite it’s close proximity to the big city—is most certainly not the same, as any New Yorker will quickly attest.

Oh well, maybe it’s for the best, considering the cringe-causing below video, which has Taylor schooling folks on wild and crazy New York enigmas like bodegas and stoops.