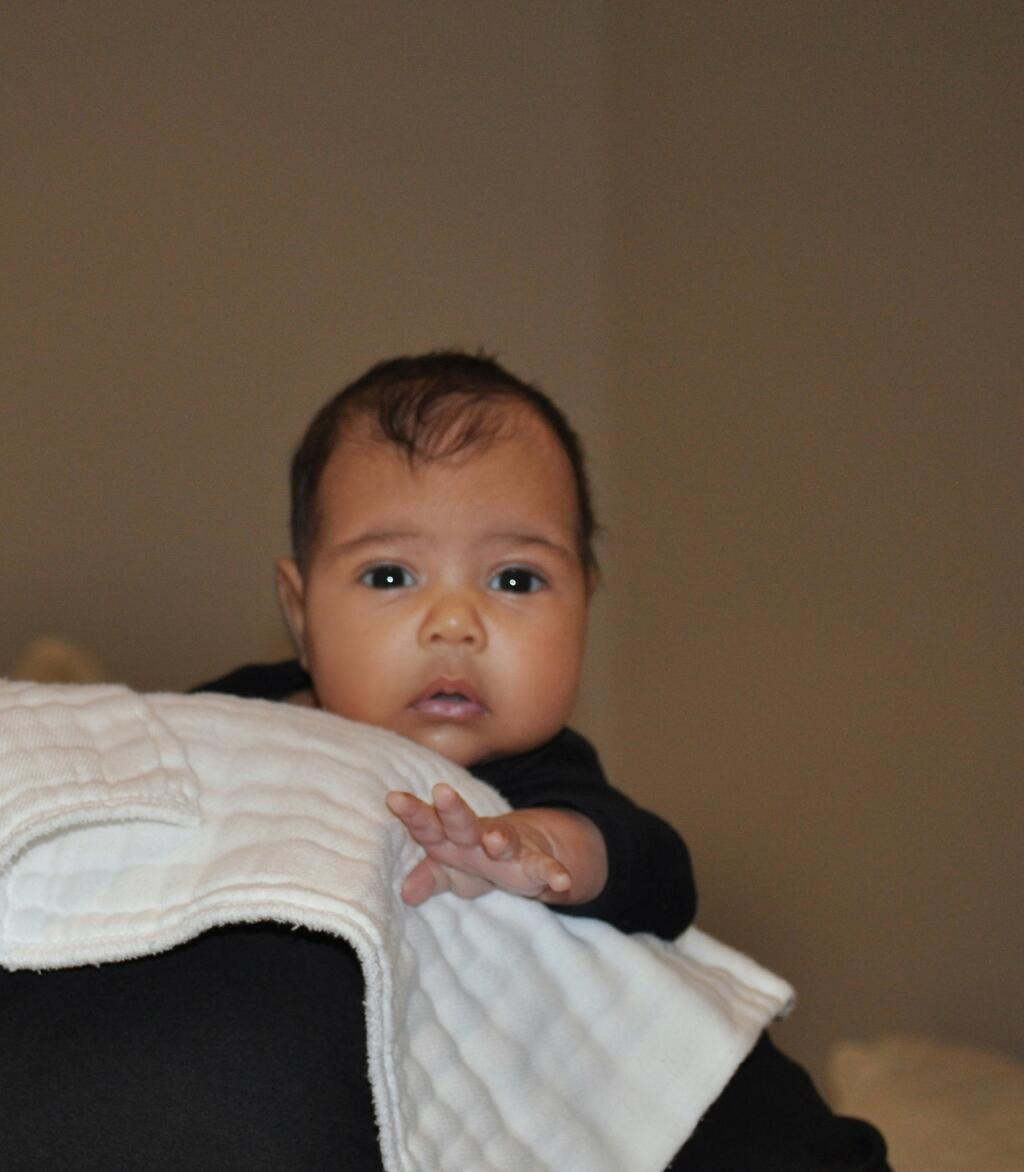 After great debate as to how Kanye West and Kim Kardashian would debut the first photo of their daughter North West, she’s finally been revealed. As previously reported, West showed a picture of the newborn on Kardashian’s mother Kris Jenner‘s talk show. And (drum roll please…) she’s totally adorable.

During the interview, West gushed about his relationship with Kardashian and their new baby. “I could have people say, ‘This is going to damage your credibility as an artist or designer.’ And I say, you know, I don’t care. I love this woman,” he exclaimed. Despite his hatred of paparazzi and the media attention the Kardashians receive, he makes it work. “I love this person, and she’s worth it to me,” he admitted sweetly. “Kim is my joy. She brought my new joy into the world.”

We were initially skeptical about how the sit-down would go, but West was well-spoken, sweet, and seemed genuinely obsessed with his family. What do you think of North West’s first photo?! Let us know!