KimYe spawn North West is pretty much a fashion killer, even at the ripe young age of 5 years old. We’ve got to assume her style is largely influenced by mom Kim Kardashian West (and dad Kanye West, since he’s the one who tells Kim what to wear, anyway), but it’s not everyday you spot a 5-year-old in 2018 rocking a vintage Britney Spears-inspired two-piece set. We’re guessing this one wasn’t Mom and Dad.

A few days ago, Kim K. posted a photo to Instagram, featuring Northie,  Lovey Kris Jenner and cousin True Thompson. Oh, and Uncle Scott (is that what they call him?) looking totally unimpressed in the background.

The kids are obviously the stars of the show, with True sporting her typical enormous headpiece, making her about a thousand times cuter than any other baby on the planet. But North came through absolutely dripping in a Vintage Britney-inspired set, and we are shook.

Obviously, we owned this outfit back in the day. But that was in, like, 1999. Nineteen years later, it’s pretty uncommon to see a kiddie walking around in a spinoff of the singer’s “(You Drive Me) Crazy” ensemble, especially of her own accord. Is it possible that North’s seen the video and is just as obsessed with Vintage Britney as the rest of us still are, almost two decades later? 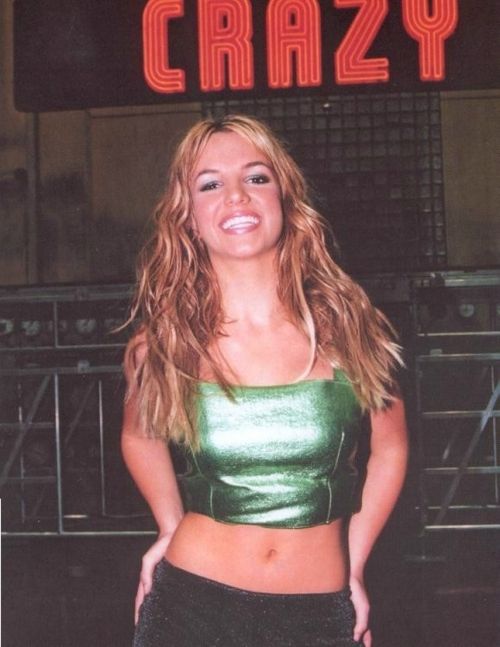 In Brit’s youth, she was also known to sport pigtails and scrunchies, so North totally nailed the look. Plus, who could forget that time the pop star made mock turtlenecks sexy? (OK, maybe anything made of red latex is sexy, but still.)

If there’s one thing we’ve gleaned from this experience, it’s that Kim Kardashian West is probs educating her children on all the glorious happenings of the early aughts—including Spears’ iconic music video. And that, friends, is some damn good parenting.