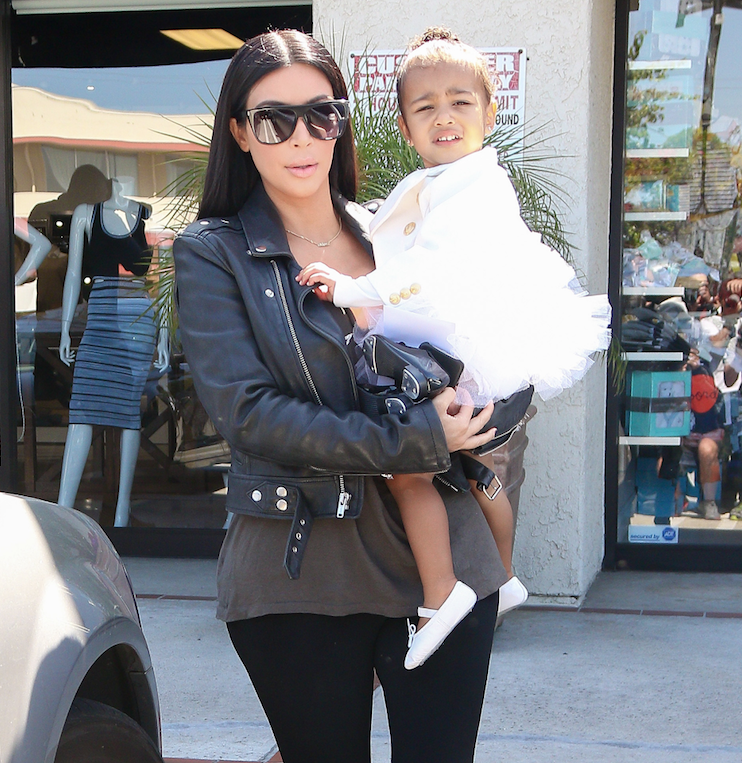 She might only be two years old, but North West officially already has a better wardrobe than you—and us too, for that matter. We’ve already seen her in a sheer black outfit front row at the Givenchy show, as well as a dramatic mini (faux?) fur coat and now mom Kim Kardashian has shared the toddler’s latest wardrobe additions: Three custom Balmain jackets. Yes, you read correctly, three.

Baby Balmain!!! Thank you so much @olivier_rousteing & @balmainparis for making North these one of a kind jackets!!! I'm so honored that Northie is your little muse! Can't wait for her to wear them!!!

Kim captioned the photo: “Baby Balmain!!! Thank you so much @olivier_rousteing & @balmainparis for making North these one of a kind jackets!!! I’m so honored that Northie is your little muse! Can’t wait for her to wear them!!!”

The jackets were a gift from Balmain creative director, Olivier Rousteing, who, judging by Kim’s caption, considers baby West his “little muse.”

Of course, we really shouldn’t be surprised that North is already being dressed by the designer—the Kardashian/Jenner family have a close relationship with Rousteing. Keep in mind that Kim and Kanye West fronted a Balmain campaign last year, and Kendall and Kylie Jenner appear in the brand’s campaign this season.

Kim also memorably wore a $20,000 mini-dress by the designer for her own bachelorette party, and chose a boob-baring style for the 2014 MTV Awards. So yeah, North definitely has an in with the designer.

Considering that an adult-sized Balmain jacket costs upwards of $2,000, we can only shake our heads at what North’s mini designer wardrobe must be worth.

MORE: All the Times North West Was the World’s Cutest Ballerina