Normal People, based on Sally Rooney’s 2018 novel of the same title, premiered on Hulu on April 29. The 12-episode series follows two childhood friends, Marianne Sheridan and Connell Waldron, on their four-year-long love story. The show begins with Marianne and Connell as high school classmates, who have crushes on each other and start a secret relationship. The relationship is kept a secret because Connell and Marianne come different classes and levels of popularity. While Connell is the handsome popular jock of his and Marianne’s high school in their small town in Ireland, Marianne is an outcast who’s bullied by other students. Outside of school, the roles are reversed as Connell’s mother works as a cleaner for Marianne’s wealthy mother.

After Marianne and Connell break up at the end of the school year because Connell takes another girl to a dance, Normal People follows the couple’s on-again, off-again relationship for the next four years, as they break up, date other people and come back together. In the final episode of the series, Marianne and Connell are in a happy relationship when Connell receives the news that he was accepted into an MFA program in New York. Connell wants to stay with Marianne, but she encourages him to go. When Connell tells Marianne that he’ll only be gone for a year and he’ll come back to be with her, she tells him that neither of them can predict where they’ll be at that time and that they’ve both learned what they needed from each other to move forward in their lives.

It’s a bittersweet moment that doesn’t really close the door on Marianne and Connell’s relationship. Apparently, the creators think so as well. Find out everything we know about Normal People season 2 ahead. 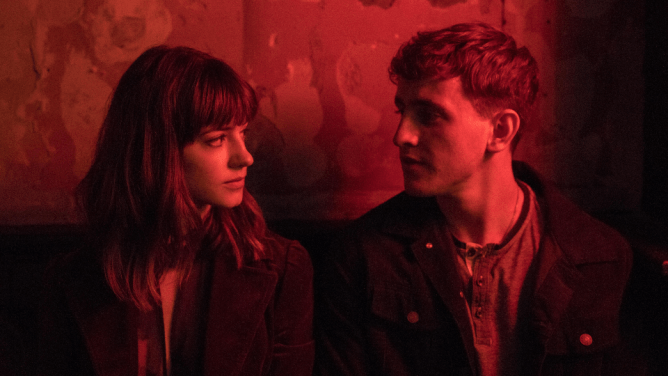 Is there a season 2?

A season 2 of Normal People hasn’t been confirmed by Hulu. But executive producer Ed Guiney did tell Digital Spy that there have been talks about a second season—just “not in the short term.” For now, the same team from Normal People are working to adapt Rooney’s first novel, Conversations With Friends.

“Not in the short term. We’ve turned our attention—we’re adapting Conversations with Friends as a television series,” he said. “It’s the same basic team. Lenny [Abrahamson] is going to direct it and is across it as an executive producer. And Alice Birch and all of us at Element [Pictures].”

However, that doesn’t mean that a Normal People season 2 is no-go. Guiney confirmed that if the show is renewed for a second season, he would like to revisit Marianne and Connell 10 years from when they broke up. “So that’s what we’ll be turning our attention to next. But maybe down the line we’ll come back to Connell and Marianne,” he said. “I have a fantasy of doing a kind of 10-year…you know, seeing where they are in 10 years’ time sort of thing. It’d be good.”

There have also been no announcements about a Normal People book sequel, but if Guiney’s idea is approved, Rooney, who screen wrote the Normal People TV series, will also likely write the second season, as well as another book.

No release date for a Normal People season 2 has been announced by Hulu. Given the 2020 coronavirus crisis, which shut down TV show and movie productions across the world, a season 2 likely won’t come until at least 2021 if a second season is approved soon.

Likewise, if Guiney wants to use the same actors and set Normal People 10 years from when we last saw Marianne and Connell, the show likely won’t shoot for several more years until the actors become older.

Who’s in the cast?

If Normal People season 2 is approved, there are two ways the creators can cast the show based on Guiney’s idea. One way would be to use the same actors who played Marianne and Connell—Daisy Edgar-Jones and Paul Mescal—but to shoot the second season 10 years after the first season was filmed to allow for the actors to age—in a similar way to Richard Linklater’s Before trilogy.

The other way would be similar to The Crown, where the creators would use different actors, who are older, to play Marianne and Connell, which may be a risk given the incredible chemistry that Edgar-Jones and Mescal had.