Warning: Spoilers ahead for Hulu’s Normal People season 1. As much as we love a romantic drama, sometimes we can’t the suspense of the unknown: Will they end up together? Won’t they? It’s too much! If you’re like us, Hulu’s Normal People end spoilers may save you the time and heartbreak of discovering that Marianne and Connell won’t be together in the end. Curious to know how Normal People ends? The answer lies ahead.

Normal People, which premiered on April 29, follows Marianne Sheridan and Connell Waldron on their four-year, will-they, won’t-they love story. The 12-episode series, which is based on Sally Rooney’s book of the same title, starts with Marianne and Connell in high school, where they start a secret relationship. Their relationship is kept a secret because of Marianne and Connell’s different class levels. While Connell is the popular, handsome jock of their high school, Marianne is the unpopular outcast who’s bullied by other students, including Connell’s friends. Out of school, the roles are somewhat reversed, as Connell’s mother is employed as a cleaner for Marianne’s wealthy family.

The roles are also reversed after the two break up in high school (due to Connell’s decision to not go public with Marianne) and reunite at Dublin’s Trinity College. This time, Marianne is the social butterfly, who’s surrounded by friends and has a big-shot boyfriend. Connell, on the other hand, is more lost and has a hard time fitting in at Trinity College and in Dublin and even struggles to connect with his own roommate. As one can expect from a will they, won’t they love story, Connell and Marianne break up and make up many times throughout the series. But how does it end? Well, let us tell you. 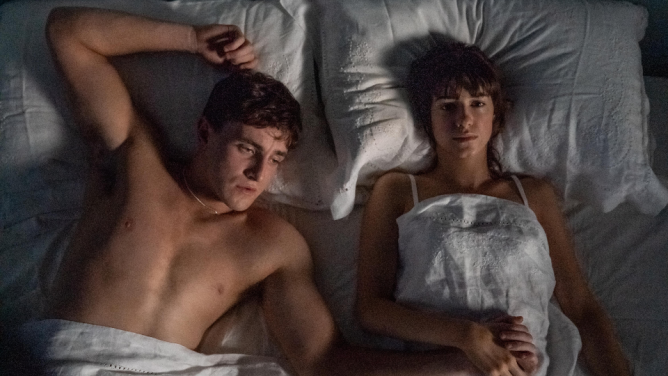 In episode 11 of Normal People, Connell and Marianne both find themselves single for the first time since high school. While they’ve hooked up with each other since their high school breakup, those hookups often came when they were with other people or right after a breakup. Connell and Marianne reunite in Carricklea in episode 10 after Collin’s friend commits suicide and they both attend his funeral. It’s the first time the two, who have been communicating over Skype, have seen each other in a while, and the connection is instant. When Connell returns to his girlfriend, Helen, in Dublin, Helen can see that Connell has been distant since the start of their relationship and breakups with him. In episode 11, Connell and Marianne reunite again in Carricklea, where they kiss and have sex in the bedroom of Connell’s childhood. Everything seems perfect until Marianne tells Connell to hit her, which is something she used to tell her ex-boyfriend to do because she felt she didn’t deserve love. Connell tells her he doesn’t want to hit her, which leads Marianne to become embarrassed and leave his house.

Connell & Marianne Get Back Together

After Marianne leaves Connell’s house, she returns to her own home, where her abusive brother antagonizes her for her relationship with Connell and how Connell’s reputation will affect Marianne’s family. Marianne’s brother then becomes more violent, which leads Marianne to run away and hide behind a door. When Marianne’s brother slams the door open, the door hits Marianne in the nose and causes her to bleed. Not knowing what to do, she calls Connell to pick her up. Connell comes and sees Marianne’s bloody nose. He then threatens her brother to never touch her again. As Connell and Marianne leave her house, her mother can be seen in the corner, watching in disappointment as Marianne chooses Connell over her family. In the final scenes of episode 11, Connell and Marianne can be seen driving in his car. After years of on-again, off-again, it’s the start to their new relationship. 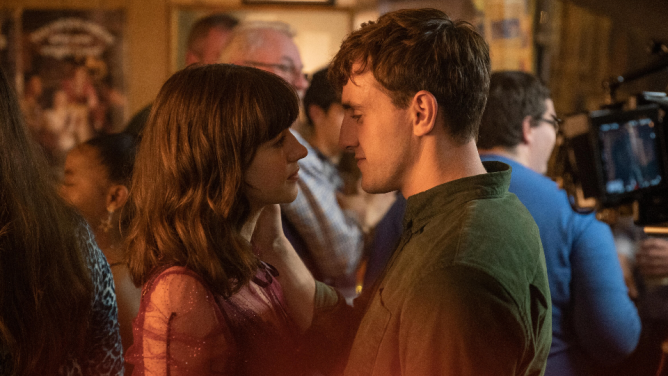 Marianne’s mother doesn’t legally disown her, but it’s clear that the two no longer have a relationship. In episode 12, Marianne celebrates Christmas and New Year’s with Connell’s family, who, especially his mother, have come to love and accept her. On New Year’s, Marianne, Connell and his mother are walking down the street when they pass Marianne’s mother, who gives the group a dirty look. When Connell’s mother wishes Marianne’s mother a happy New Year, Marianne’s mother simply ignores her and her daughter and continues walking. Marianne takes a beat to process what happened, but in the end, she’s OK as she’s found a new family.

Later in the finale, Marianne and Connell go public at a New Year’s party at a bar with their friends from high school. Marianne runs into the same girl that Connell took to a dance instead of her that led to their breakup while in high school. When the clock strikes midnight, Marianne and Connell also kiss in front of their friends. The scene is in reference to the start of the series, where Connell is so embarrassed by Marianne that no one knows about their relationship. Four years later, he no longer feels that way and is happy to show off his girlfriend to his high school mates.

Yes. You read that right: Marianne and Connell do not end up together. In the finale, Connell receives news that he was accepted into an MFA program in New York City. When he tells Marianne that he doesn’t want to go because he feels comfortable in Dublin for the first time after years of feeling lost, she tells him not to think about it now and just celebrate that he was accepted to his dream school. Later in the episode, Marianne and Connell revisit the topic and Marianne tells Connell that she thinks he should go to New York. He tells he would miss her too much, but she tells him that feeling will pass. Connell then asks Marianne to come with him to New York, but she tells him that she has to stay in Dublin, as for the first time in her life, she feels settled. When Connell tells Marianne that he will return to Dublin to be with her in a year after his program is over, she tells him that neither of them know where they will be in a year, so they can’t promise each other that. She then tells Connell that they will be OK, as they’ve learned what they need from each other to move forward in their lives. The episode ends with Connell telling Marianne that he will go, while Marianne responds that she will stay.