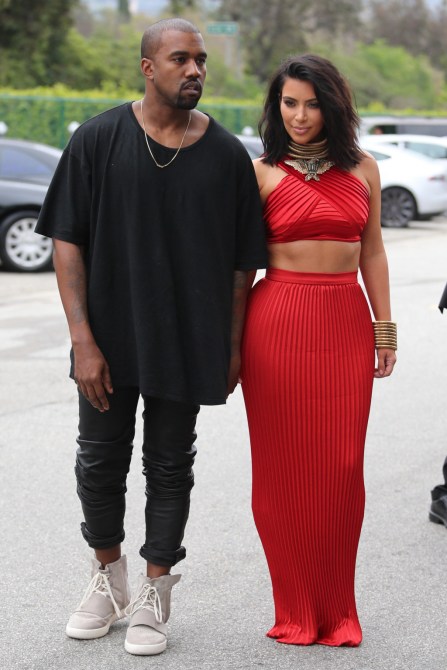 It looks like Kim Kardashian‘s rise to style stardom might actually resemble a fashion fairytale–or at least the shopping scene in “Pretty Woman.” According a candid interview with Details, Givenchy creative director Riccardo Tisci admitted the fashion crowd all but shunned the reality starlet–arguably the most famous woman in the fashion world–when Kanye started introducing her to the style scene. Kim’s recent Vogue cover is proof that the tables have majorly turned since then.

Tisci says he got to know Kim, and between his efforts and Kanye’s, the pair were able to smarten-up Kim’s reality TV star wardrobe—extreme makeover style. “She’s a sweet girl,” Tisci said, adding: “Kanye and me, we did it together … In the beginning, I met her because of my respect for Kanye, and then I liked her a lot and we became friends.”

Anyone else think this sounds like a modern-day retelling of “Clueless,” with Kanye and Riccardo playing Cher and Dionne to Kim’s Tai?

MORE: Here’s What Meeting Kim Kardashian Is Really Like

Much like the kind-hearted Cher, Tisci admits: “I didn’t care what people thought about Kim. I got killed because of this. But I didn’t care. That is a friend, you see.”

He may have copped some slack in the beginning, but the friendship has paid off for the Givenchy boss, who was asked to design Kardashian’s wedding dress. Thanks to a complete style 180, Kim’s officially secured her status as a bona fide fashion girl, and is now the celebrity who designers most want to dress–and she even has the Vogue cover to prove it.

MORE: See Kim Kardashian’s Style Before and After Kanye

Tisci’s interview has been released only a couple of days after Kanye admitted to Style.com that he lost fashion friends because of Kim: “And all the relationships, the somewhat friends that I had somewhat built up, completely turned their backs on her and me. They already had their back to her, and now they turned it to me,” Kanye said.

Head over to Details to read the full interview with Riccardo Tisci.