For Nikkie de Jager, or better known as NikkieTutorials to her 13 million-plus YouTube subscribers, her first-ever Met Gala exceeded her expectations.

“It was like going to the wedding of your distant cousin who has a lot of famous friends. You’re just having a great time taking it all in!” she tells STYLECASTER. “I’m so thankful to be asked by Derek Blasberg and YouTube to attend this special night. Vogue and the Metropolitan Museum of Art did an amazing job! Wow!”

Nikkie was one of several dozen celebrities who attended the 47th annual Met Gala on Monday, September 13, at the Metropolitan Museum of Art in New York City. For her first-ever Met Gala, of which the theme was “In America: A Lexicon of Fashion,” Nikkie wore an ethereal tulle green gown that paid tribute to late LGBTQ+ activist Marsha P. Johnson.

The look, which was designed by Dutch couture house Edwin Oudshoorn, included a floral headpiece with mirrors that was reminiscent of Johnson’s signature flower crowns. The lower half of the ensemble also featured a sash that read, “Pay it no mind,” which was Johnson’s motto and what she often said the “P.” in her name stood for. “I’m overwhelmed by all the positive comments on my dress, we really paid Marsha P. Johnson a rightful homage,” Nikkie says.

As for what’s next, Nikkie, who has posted makeup tutorials on YouTube for the past 13 years, is hard at work on her first makeup brand, Nimya by NikkieTutorials, which launches on September 23. Until then, however, Nikkie told STYLECASTER about her first-ever Met Gala experience, including the surprising celebrity she couldn’t stop talking to and the Met Gala myth that was proved to be untrue. 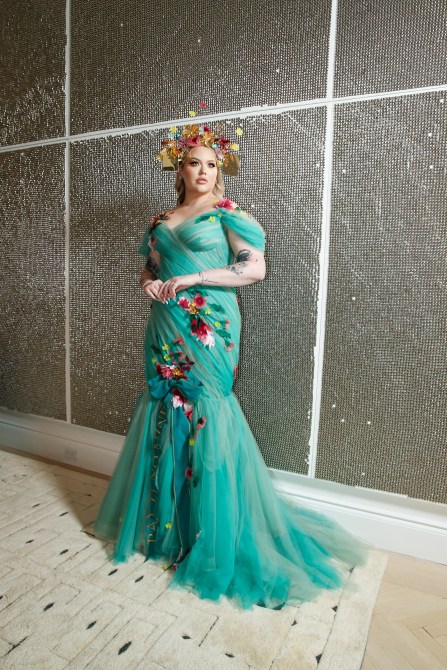 Who was your favorite celebrity you met at the Met Gala?

Lil Nas X. I’m still waiting on our photo though, sent it via DM! Lol.

Other than your own, what was your favorite look at the Met Gala?

First of all I like to acknowledge everybody’s attempt to look fabulous last night. Some of my personal favorites were Iman, Lil Nas X and AOC!

What was the most surprising thing you learned about the Met Gala?

People told me that nobody eats, but I saw everybody eating. 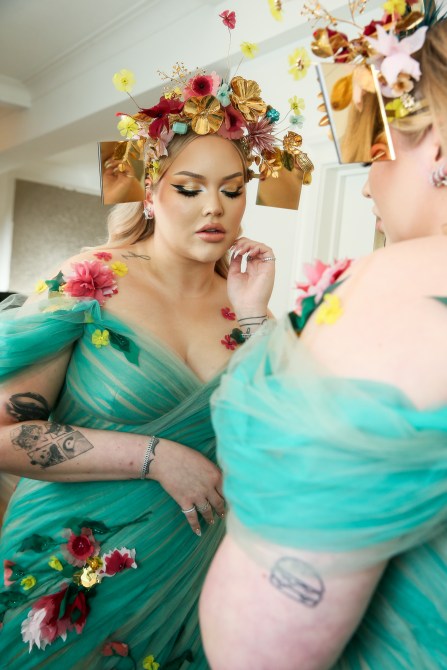 What was a Met Gala moment you wish you could relive?

My conversation with Elon Musk; I tell you we could go on and on and on.

What is your all time favorite Met Gala look?

What was a Met Gala moment that people didn’t see at home? 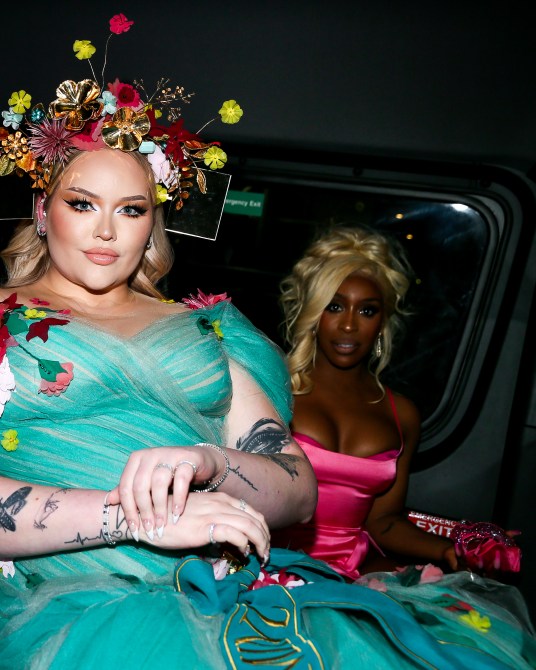